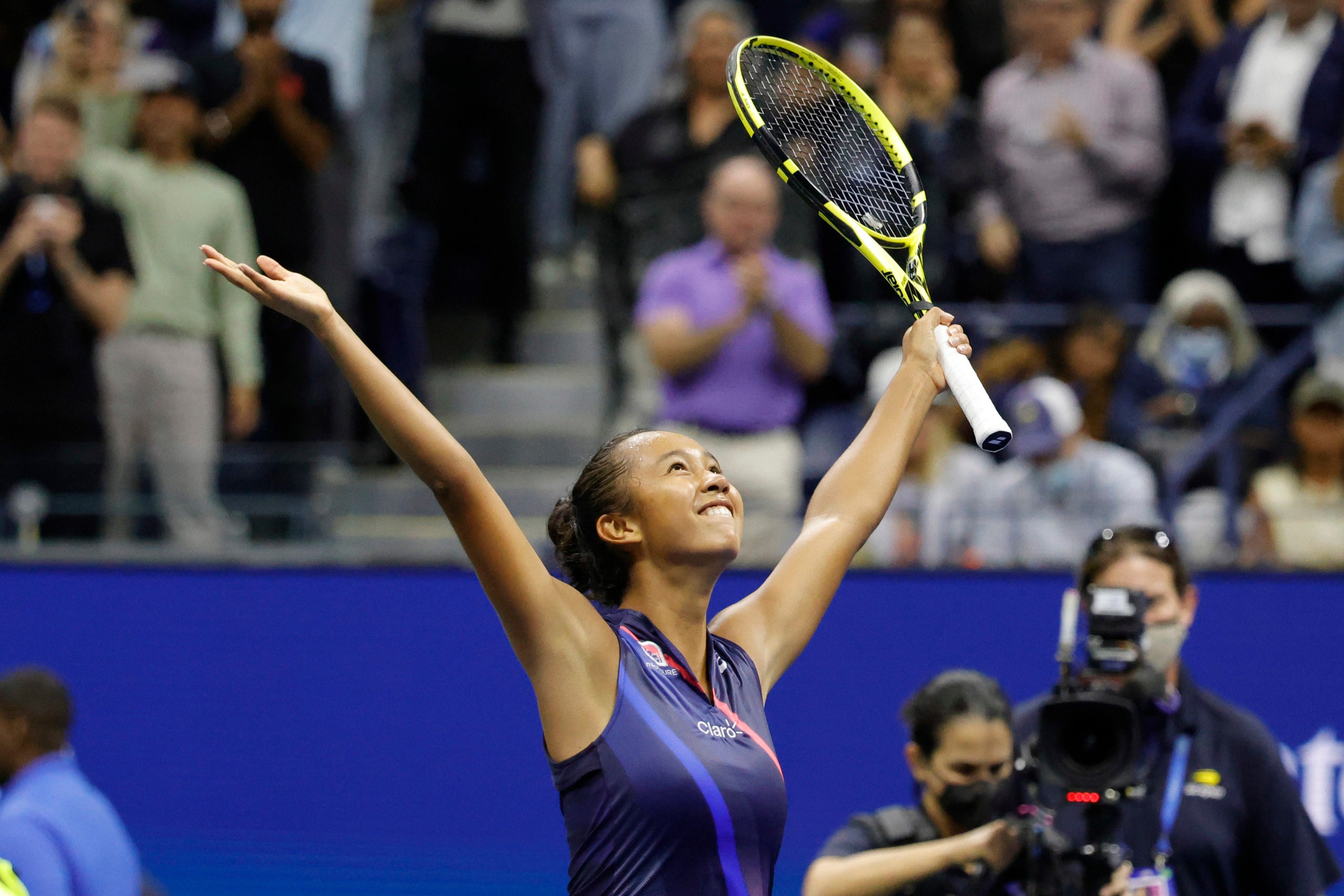 Canadian teen Leylah Fernandez never stopped believing she could beat Naomi Osaka, not even when the four-time Grand Slam champion was serving for the match, and her determination was rewarded.

Three days before her 19th birthday, the 73rd-ranked daughter of an Ecuadoran father and Filipino-Canadian mother battled back to deliver a stunning 5-7, 7-6 (7/2), 6-4 upset of the world number three from Japan.

“From a very young age, I knew I was able to beat anyone who is in front of me,” Fernandez said. “I’ve always had that belief. I’ve always tried to use that in every match.

Fernandez, coached by her dad, solved Osaka’s serve in the 12th game of the second set as the defending champion was serving for the match.

As @leylahfernandez put it "thanks to the New York fans over here, they helped me get the win." 🥰#USOpenpic.twitter.com/CWiT4EDswT

Instead, Fernandez broke to force a tie-breaker, the rolled to a 5-0 lead while Osaka was slamming her racquet to the court in frustration.

“I was very happy how I played in the first set. In the break I was telling myself to stay positive, keep fighting. ‘I’m there. I’m close,'” Fernandez said.

“In the second set, I guess on the very last game I found the solution to the problem of returning her serve. I’m glad I found it.”

Fernandez said it was a matter of finding the proper position to deal with Osaka’s first serve, which landed 63% of the time to 80% for Fernandez.

“I was trying to find different looks,” Fernandez said. “I started off really far from the line. Then I was just edging closer and closer. Finally I found a pattern to her serve. I just trusted my gut and hit the ball.

“From then on I was just fighting, using the crowd’s energy, putting the ball back in as much as I can, just be offensive and go for my shots.”

More than even her first WTA title in March at Monterrey, the victory over Osaka has brought Fernandez faith in what she’s doing.

“It gives me a lot of confidence,” she said. “It shows my game is improving and it’s there in the top. I was able to beat a very great, amazing player.

“I don’t know why finally my game is clicking. The past few months, even after Monterrey, I’ve been working hard, training super well. My coach, my dad, is saying be patient, have confidence in your game, it will show in matches. I’m glad it finally did.”

Osaka, who said after the loss she was taking a break from tennis, has played an inspirational role for Fernandez.

“Naomi is a great person, a great player. She has done so many good things on tour,” Fernandez said.

“Just seeing her and learning from her game has helped me shape who I am right now. She’s a great example for anybody that’s on tour and all the little girls in the world.

“I’m just glad I had the opportunity to play against her and show everyone that I’m also able to compete against the best players up there.”

Naomi Osaka keen to change mindset at US Open and beyond