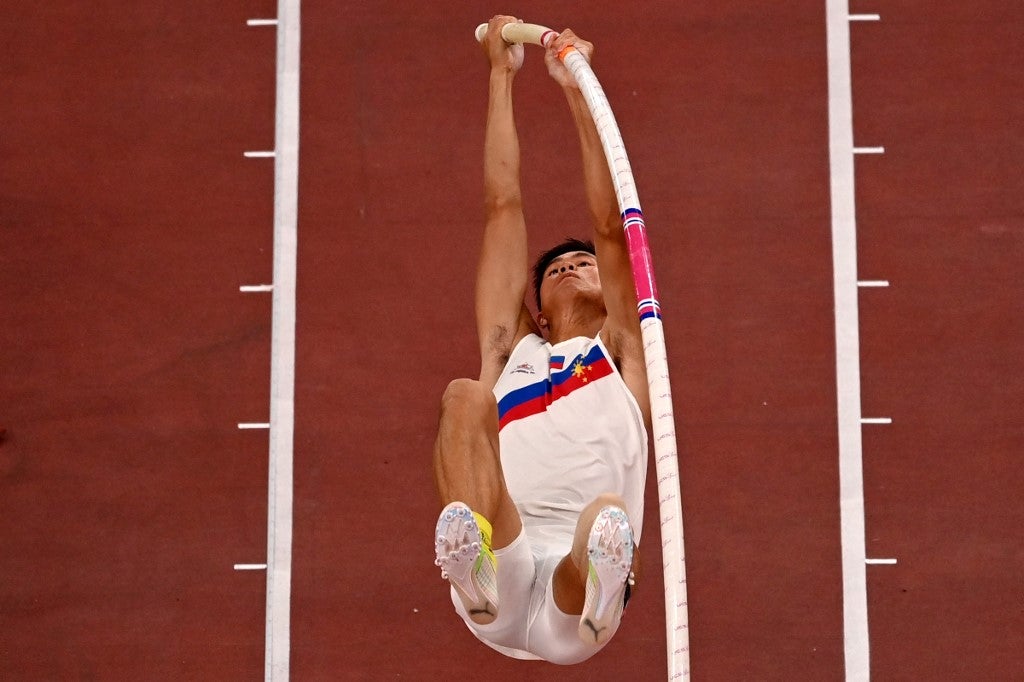 FILE –Philippines’ Ernest John Obiena competes in the men’s pole vault final during the Tokyo 2020 Olympics at the Olympic Stadium in Tokyo on August 3, 2021. (Photo by Ina FASSBENDER / AFP)

MANILA, Philippines—EJ Obiena was far from his best on Saturday (Manila time) after a 10th place finish in the Memorial Van Damme at King Baudouin Stadium in Brussels, Belgium.

Obiena, who is now ranked fifth in the world, managed to clear just 5.65 meters, way below his personal-best of 5.91m he set in Paris earlier this week.

Regardless, he still qualified for the Wanda Diamond League final on September 8 to 9 in Zurich, Switzerland.

Swiss Olympic champion Mondo Duplantis won again with a 6.05m clearance while the United States’ duo of Chris Nilsen and KC Lightfoot wound up in second and third place, respectively.

The three along with Obiena, Sam Kendricks Renaud Lavillenie make up the finalists.

Obiena, 25, garnered enough points to guarantee himself a spot in Switzerland thanks to his silver-medal performance in Paris.

EJ Obiena establishes himself among PH’s greatest ever