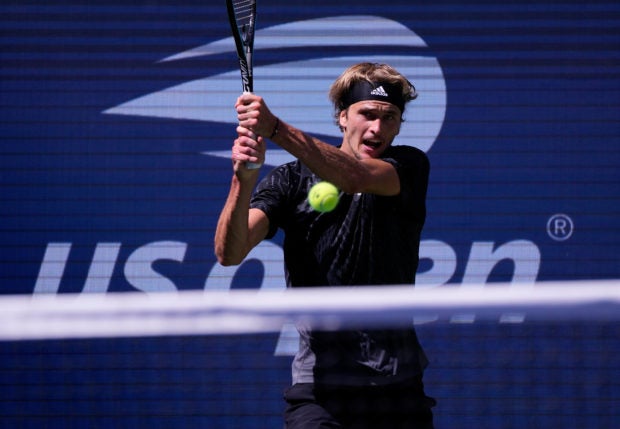 NEW YORK  – Alexander Zverev eased past Jannik Sinner 6-4 6-4 7-6(7) and into the quarter-finals of the U.S. Open on Monday as the fourth-seeded German extended his winning run to 15 matches.

Enjoying a summer to remember, Zverev might have difficulty recalling the last time he lost a match after tapping into a run of form that has carried him to Olympic gold in Tokyo, a Masters 1000 win in Cincinnati and the last eight at Flushing Meadows.

The last time Zverev tasted defeat was in the fourth round at Wimbledon to Canadian Felix Auger-Aliassime and he has not looked in danger at the U.S. Open, rolling into the quarter-finals with the loss of one set.

“In Tokyo, all of a sudden it (his serve) clicked, because in Wimbledon I had a very bad serving match against Felix. That was the reason I lost. Since Tokyo it’s been a lot better, but it can still be a lot better.”

It was another economical performance against 13th-seeded Sinner as Zverev broke the Italian once in each set while blasting 17 aces, including two in the tiebreak to keep the contest from a fourth set on a humid day at Arthur Ashe Stadium.

For two sets Sinner could not break down the German’s defence and failed to convert a handful of break chances. He got his only break to level the third set at 4-4 but made no further dent in Zverev’s game, losing the tiebreak and the match.

“He served well,” said Sinner. “It’s not easy playing against him. (He) has confidence. You know, when someone is serving well – the return game you can try a little bit.

“I think he fully deserved to win today.”