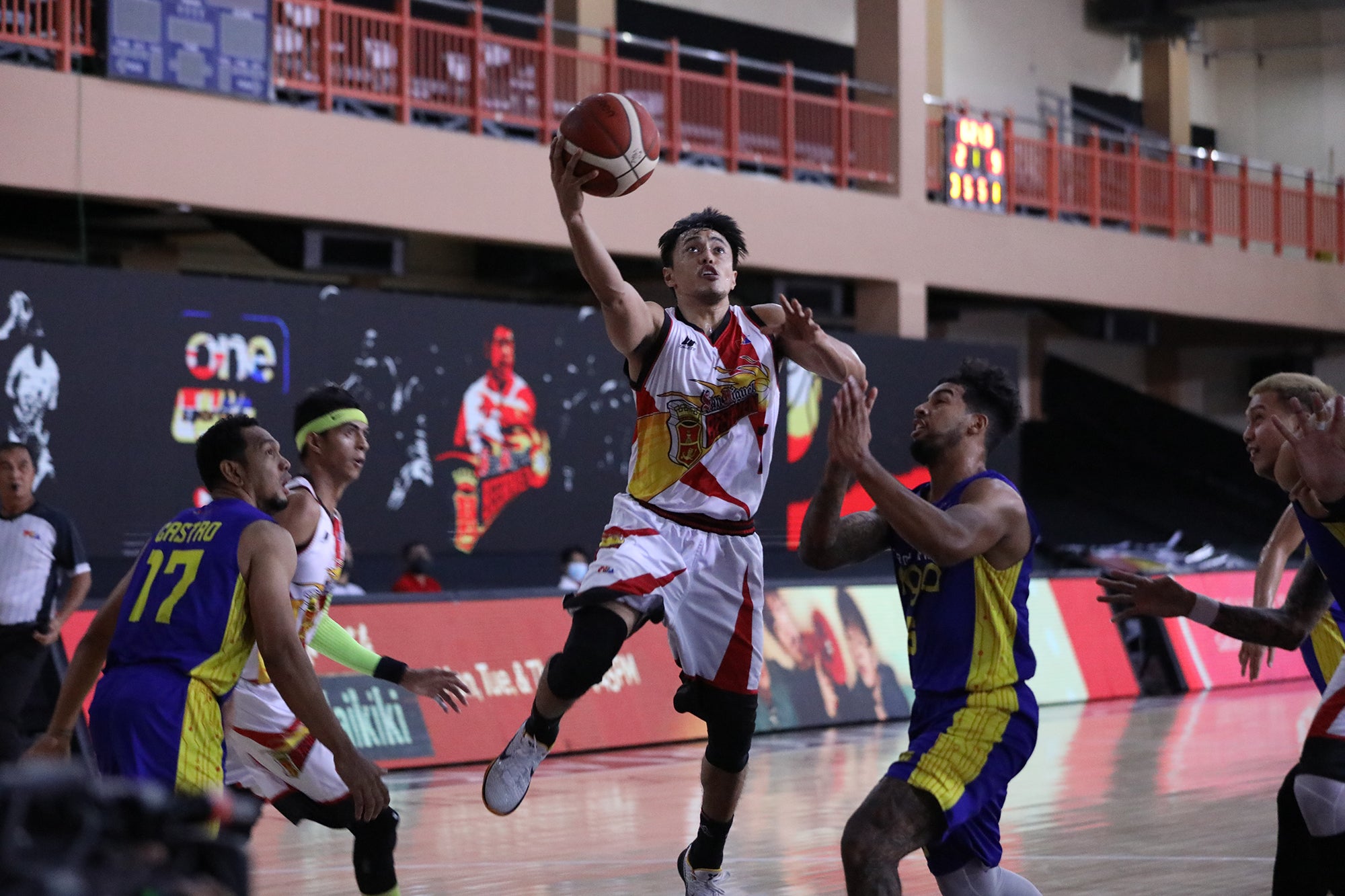 The Beermen, who suffered a shock 110-104 loss to Terrafirma last week, snapped the Tropang Giga’s perfect six-game start to the conference.

San Miguel Beer went on a 20-7 start and never looked back as it held TNT to a shell of its former self, limiting the Tropang Giga to their lowest offensive output since November 2013 when they dropped a 77-63 decision to Petron.

“This is a big game for us and I’m thankful for the players because the sense of urgency is there,” said San Miguel head coach Leo Austria as his team improved to 4-2 record to get to the fourth spot in the ladder.

“We want to get our energy back because we’re playing against a contender team, which is TNT, and they’re determined to win these games.”

The Beermen continued to play bully ball in the third, putting up a 25-point lead, 60-35, courtesy of Moala Tautuaa’s fader late in the period.

Marcio Lassiter finished with a game-high 19 points with six rebounds to lead the Beermen while Terrence Romeo added 16 points.

Kib Montalbo had 13 points for TNT.