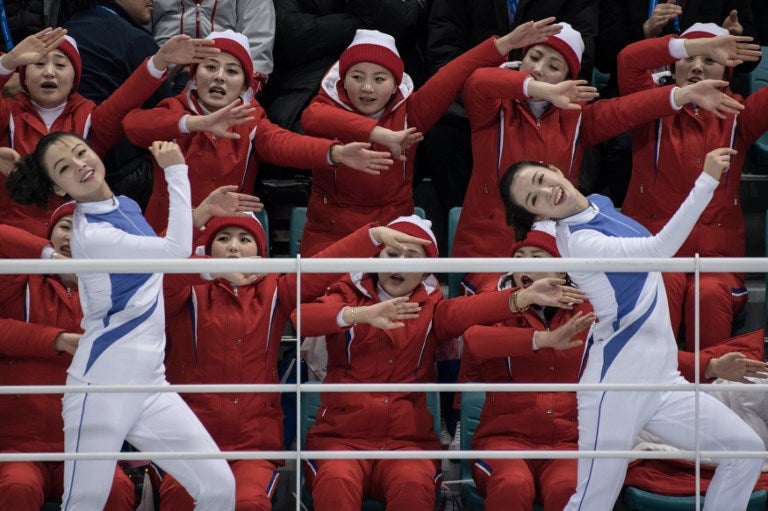 North Korean cheerleaders perform during the women’s preliminary round ice hockey match between the unified Korea team and Switzerland at the Pyeongchang 2018 Winter Olympics on February 10, 2018. / AFP PHOTO / Ed JONES

“The NOC of the People’s Republic of Korea was the only NOC not participating in the Olympic Games Tokyo 2020. The IOC executive board decided to suspend the NOC until the end of 2022, as a result of this unilateral decision,” Bach told a press conference.

North Korea was the only one of over 200 NOCs not to participate in the delayed 2020 Games in Japan.

As a result, they violated one of the Olympic Charter’s main tenets that “each NOC is obliged to participate in the Games of the Olympiad by sending athletes.”

Their refusal came after rejecting all of the IOC’s proposals over coronavirus safety protocols “until the very last minute including the provision of vaccines” an IOC statement pointed out.

It said the North Koreans had received clear warnings about the consequences of carrying out their first boycott of a Summer Games since Seoul in 1988.

Bach said if a North Korean athlete qualifies for Beijing the IOC would take “an appropriate decision in due course.”

With the suspension comes the permanent blocking of IOC support which had been withheld due to international sanctions.

And the impoverished isolated state which competed in the last Winter Games held across the Korean border in Pyeongchang in 2018 will miss out on any assistance from the IOC during the suspension.