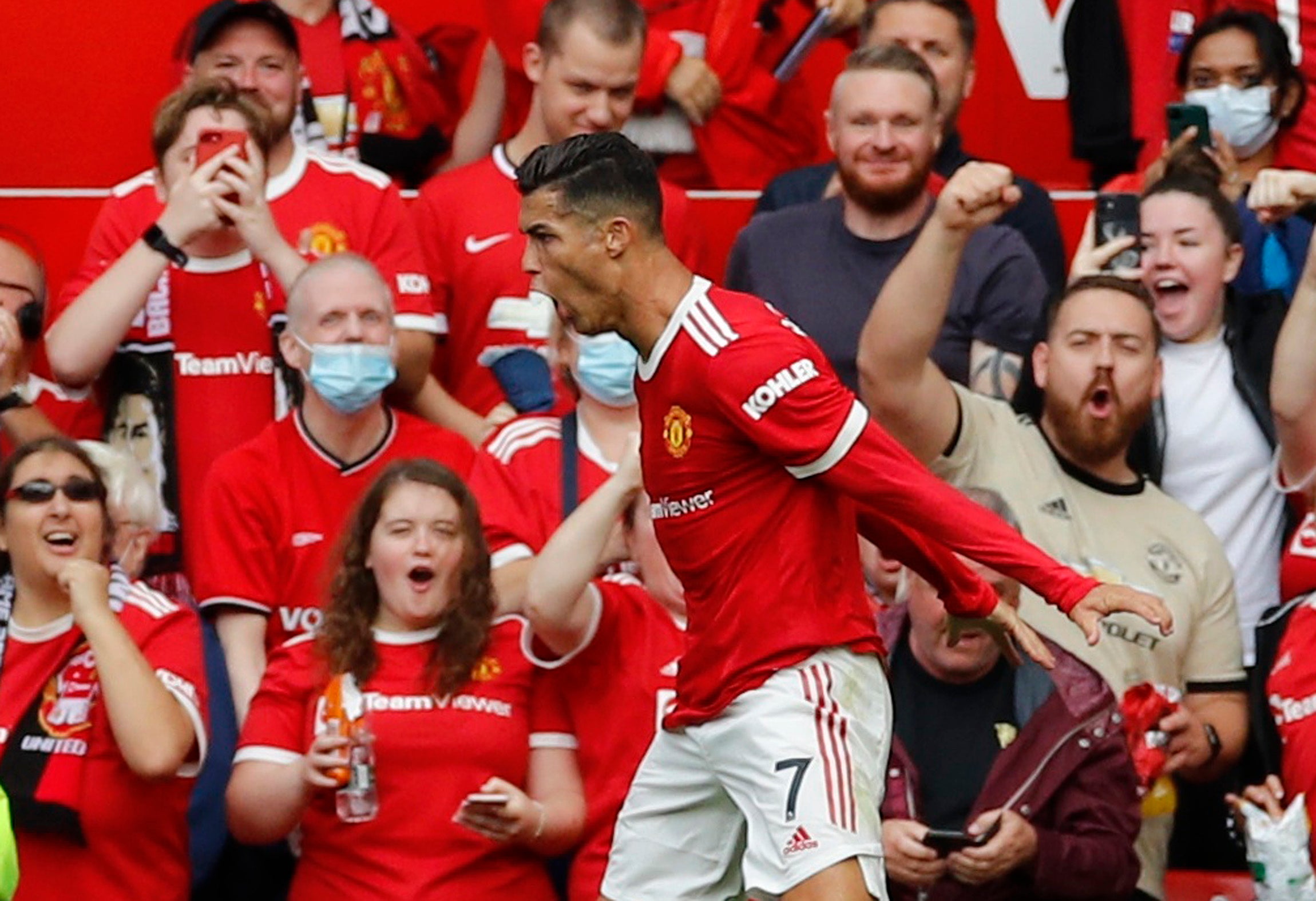 MANCHESTER, England -After all the hype, the build-up and expectation, Cristiano Ronaldo delivered in almost inevitable fashion on his return to Manchester United scoring twice to send his side top of the Premier League with a 4-1 win over Newcastle United at Old Trafford on Saturday.

With his compatriot Bruno Fernandes adding an 80th minute screamer and substitute Jesse Lingard producing a lovely finish the fourth, it was the perfect start to what feels like a new era for Ole Gunnar Solskjaer’s team.

“When you win a game you enjoy it. When you see fans being happy you really enjoy it. There were loads of expectations today. They all delivered,” said Solskjaer.

“Cristiano Ronaldo has developed into a fantastic goalscorer. He played a very good game, He dropped in, linked play well,” he added.

Long before kick-off, fans in shirts bearing Ronaldo’s name and his number 7 were singing the name of the Portuguese 36-year-old around Old Trafford and they were not to be left disappointed.

Ronaldo has broken all the major goalscoring records in the game and perhaps the only surprise was that it took him until almost halftime to score the first of his second spell in English football.

He was placed in the middle of an attacking trio with Mason Greenwood to his right and Jadon Sancho to the left with Fernandes hovering behind the front line.

The five-time Ballon d’Or winner, who returned to United from Juventus last month, opened the scoring on the stroke of halftime, pouncing from close range after Newcastle keeper Freddie Woodman spilled out a low drive from Greenwood.

It wasn’t spectacular but it was the perfect example of the way Ronaldo, a speedy winger in his first spell at United, has re-shaped himself as a goal-poaching striker.

It wasn’t all a ‘welcome home’ party, however, as Javier Manquillo brought Newcastle level in the 56th minute with a low right-foot drive after Miguel Almiron had led a swift break from the visitors.

Newcastle had exposed an obvious drawback with the attacking line-up chosen by Solskjaer — their vulnerability to the counterattack — and it remains to be seen if better teams will be able to take greater advantage of the lack of protection in front of United’s back four.

United’s momentum was in danger of being lost but once again the Portuguese showed his deadliness in front of goal, restoring the lead in the 62nd minute with a goal that truly did recall his early days under Alex Ferguson.

He showed power and speed as he latched on to a through ball from Luke Shaw and despite the presence of two defenders, fired through Woodman’s legs before reeling off to celebrate with his teammates in front of an ecstatic Stretford End.

Fernandes made sure of the three points in spectacular style 10 minutes from time, collecting a square ball from Paul Pogba and unleashing an unstoppable shot from 25 meters which swerved at speed into the top corner.

Substitute Lingard added to the celebration with a well-taken shot from inside the box after more good work from Pogba as the Old Trafford faithful headed home to the refrain of ‘Viva Ronaldo.

Newcastle manager Steve Bruce, the former United captain, was able to put aside his disappointment with his team’s performance to appreciate Ronaldo’s impact on his return.

“If there is a genuine superstar among everyone, then this kid is with what he has achieved. We have witnessed it again today. He is something else,” he said.