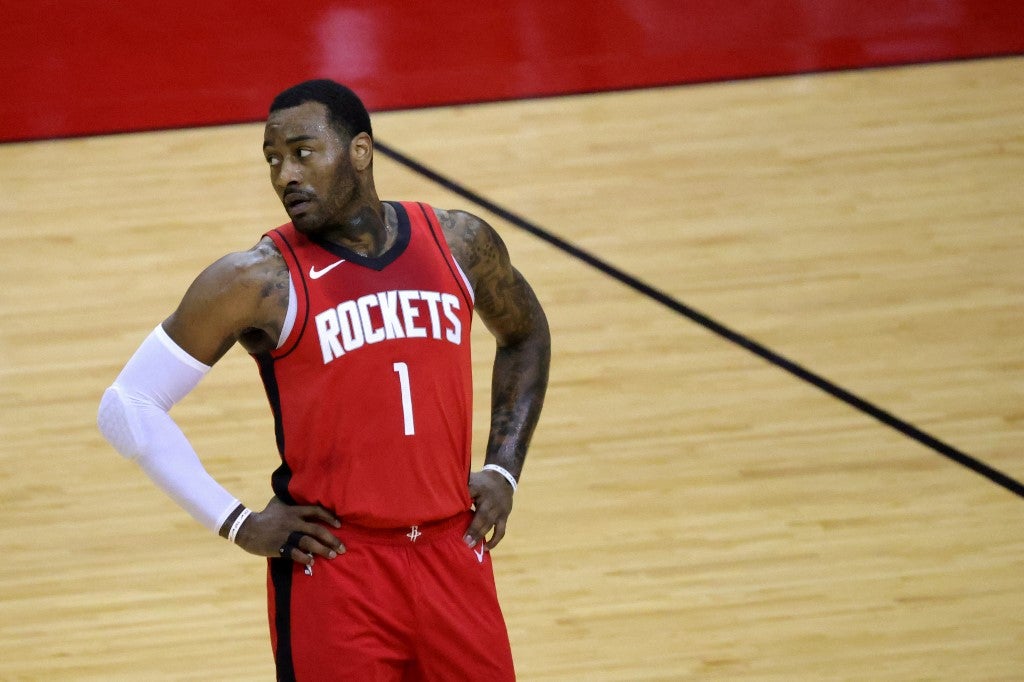 FILE – John Wall #1 of the Houston Rockets looks on during the first quarter of a game against the Chicago Bulls at the Toyota Center on February 22, 2021 in Houston, Texas. Carmen Mandato/Getty Images/AFP

The Houston Rockets are working with veteran guard John Wall to find a new home for the five-time All-Star, multiple outlets reported Tuesday.

The Rockets are retooling with a core of young players and plan to sit Wall this season rather than jeopardize the 31-year-old’s health and fitness, according to The Athletic.

ESPN reported that Wall is expected to attend training camp later this month and work with young guards Kevin Porter Jr. and Jalen Green, the No. 2 pick in this year’s draft.

Finding a trade partner won’t be easy considering Wall has two years and $91.7 million remaining on his contract.

He also missed the entire 2019-20 season with Achilles and heel injuries. Wall was traded from Washington to Houston in the December 2020 deal that sent Russell Westbrook to the Wizards.