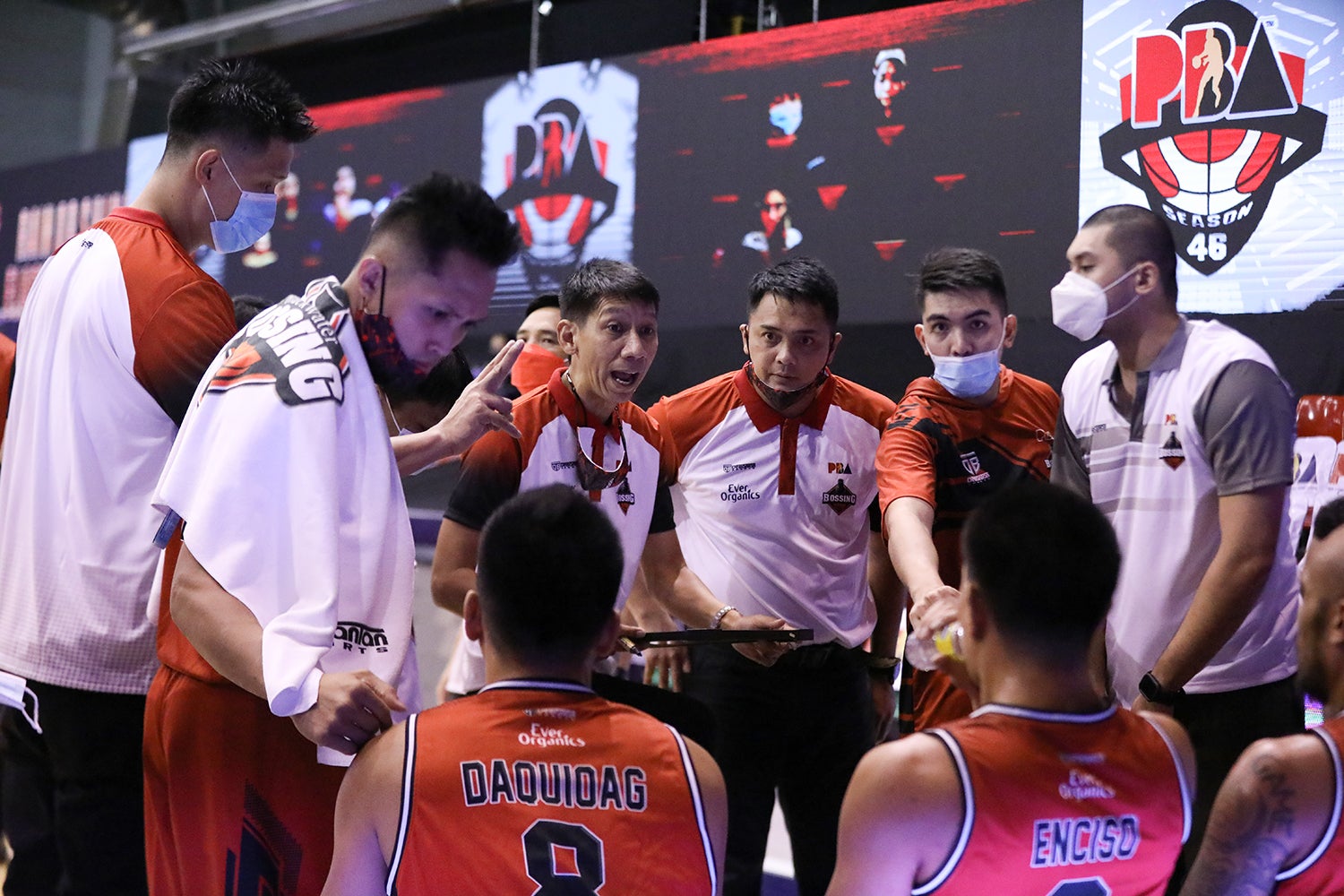 MANILA, Philippines—Blackwater forward Carl Bryan Cruz heaped praise on his former mentor Nash Racela after he was removed from his head coaching post at the Bossing on Sunday.

Racela was sacked after Blackwater finished winless in the Philippine Cup. He amassed a 2-20 record in his two seasons with the franchise.

“I’m sorry we didn’t get the result we wanted pero ung impact mo sa buhay ng mga players at tao (but the impact you had on your players and the people) surrounding you is amazing!” Cruz posted on his Instagram story Monday.

“Thank you coach Nash for helping us to be winners in life! good luck to your next journey. God Bless.” Cruz and Racela have shared a lot of memories together including a UAAP championship at Far Eastern University in 2015.

Racela, 49, was replaced by another veteran coach Ariel Vanguardia, who also serves as Blackwater’s alternate governor.

The Bossing have lost 19 straight games dating back to last season following their 104-97 setback at the hands of the Meralco Bolts last Saturday that wrapped up their all-Filipino campaign.

With the loss, Blackwater now holds the record for the most number of consecutive defeats in PBA history.

NPC has no endorsement for 2022 polls yet —Escudero