Carlos Yulo slowly getting back to world title form 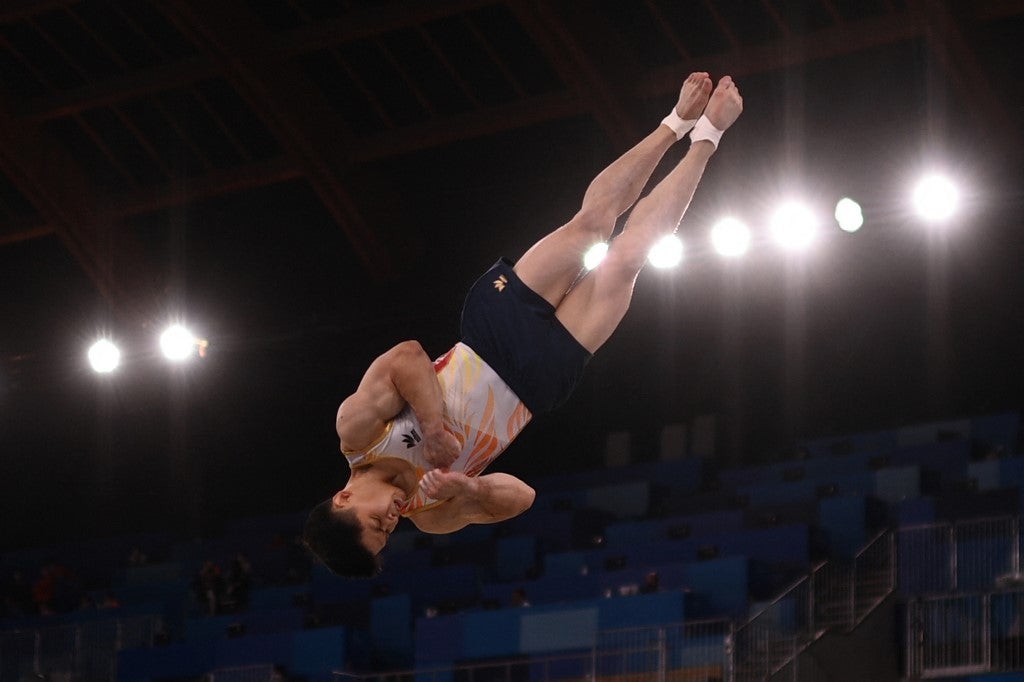 Philippines’ Carlos Edriel Yulo competes in the floor event of the artistic gymnastics men’s qualification during the Tokyo 2020 Olympic Games at the Ariake Gymnastics Centre in Tokyo on July 24, 2021. (Photo by Martin BUREAU / AFP)

Carlos Yulo has been carrying out his floor exercise routine to perfection lately, almost to the same degree as when the first Filipino gymnastics world champion thrust himself into prominence two years ago.

The 4-foot-11 dynamo’s laser-focused preparation and mindset will play key roles in defending his world title in the 2021 World Artistic Gymnastics Championships in Kitakyushu, Japan, a month from now.

“He’s been doing really well in training. We are confident that Caloy will perform at his best during the world championships,’’ said Gymnastics Association of the Philippines president Cynthia Carrion-Norton.

Yulo reached great heights in the 2019 world championship held in Stuttgart, Germany, when the 21-year-old from Leveriza, Manila, ruled the men’s floor, a breakthrough triumph for the Philippines in the sport where skillful Europeans abound.

At the moment, Yulo has a full-time Japanese coach in Munehiro Kugimiya, his mentor for several years since the Filipino accepted an offer by the Japan Olympic Association to train in Japan under a scholarship program starting 2016.

Yulo nearly claimed a medal in the recent 2021 Tokyo Olympics after finishing fourth in the men’s vault, but wasn’t able to qualify in the medal round of his pet event, the men’s floor.

“Caloy is now really focused with coach Mune for the world championship. He knows the importance of this tournament for his quest for a gold [in the 2024 Paris Olympics],’’ said Norton, also the treasurer of the Philippine Olympic Committee.

The world championships was originally scheduled in Copenhagen, Denmark, before the host country withdrew from the hosting last year, prompting the Federation Internationale de Gymnastique (FIG) to award the staging to Japan.

Prior to the 2024 Paris Olympic Games, Yulo will test himself in two more world championships in 2022 Liverpool, Great Britain, and 2023 Antwerp, Belgium.

According to Norton, Yulo has already gained the needed skills to perform his routines at world-class levels in all the six apparatuses—vault, rings, pommel horse, parallel bars, horizontal bars and floor.

She said they’re in the process of looking for the right sports psychologist to amplify Yulo’s mental toughness even more.

“Having a sports psychologist is very important. Coach Mune is now helping us look for a Japanese psychologist,’’ said Norton.

The Philippine Sports Commission has already offered support once Yulo forms his team of coaches, which should include a strength and conditioning coach, physiologist, nutritionist, masseuse and a sports psychologist.