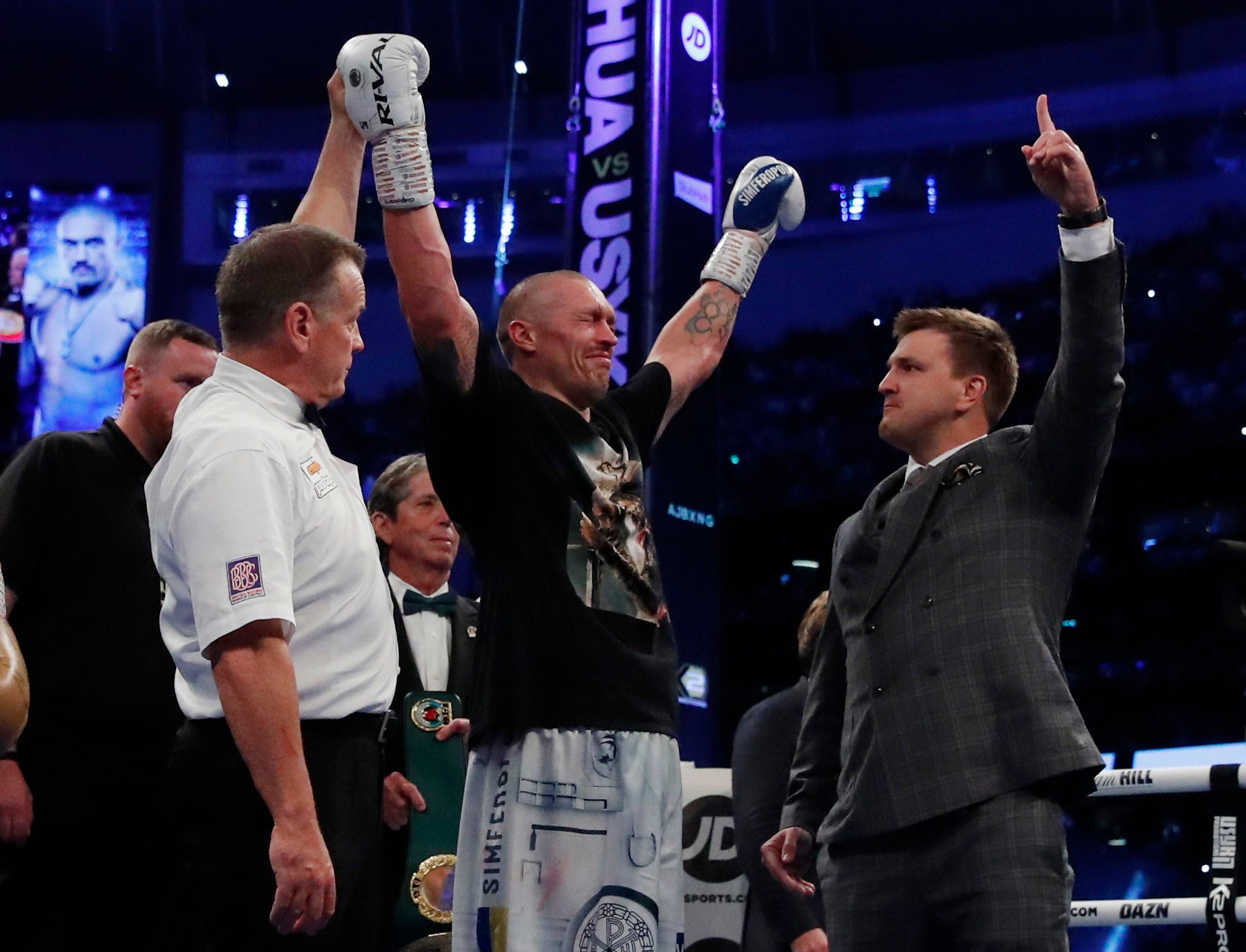 LONDON – Ukraine’s Oleksandr Usyk dethroned world heavyweight champion Anthony Joshua in his own backyard with a stunning display to earn a unanimous points decision in front of a sellout crowd at the Tottenham Hotspur Stadium on Saturday.

The 34-year-old former undisputed cruiserweight world champion put on a master class to silence the vast majority of the 67,000 fans who packed into the huge arena.

Usyk, giving away height, weight and reach to the champion, proved too elusive for Joshua throughout an enthralling contest and landed the much cleaner shots, finishing with a flurry in round 12 as he went in search of a knockout.

Former Olympic champion Usyk, contesting only his third professional heavyweight fight, follows in the footsteps of compatriots Wladimir and Vitali Klitschko who dominated the division for a decade from 2004-15.

For Joshua, a second career defeat was a crushing blow and scuppered hopes of a unification showdown with fellow Briton Tyson Fury, the WBC holder, who takes on American Deontay Wilder in Las Vegas on Oct. 9.

Even the most diehard Joshua fans had to concede their man had been schooled by a skillful craftsman who rarely looked ruffled even when sustaining a cut above his eye late on.

Joshua gave the crowd little to cheer and ran out of ideas against his southpaw opponent who was ahead throughout.

“This means a lot for me. The fight went the way I expected it to go. There were moments when Anthony pushed me hard but it was nothing special,” Usyk told Sky Sports.

“I had no objective to knock him out because my corner pushed me not to do that. In the beginning, I tried to hit him hard but then I stuck to my job.”

A sensational atmosphere greeted the fighters as they made the long walk to the ring, with the crowd in full cry and fireworks blasting into the sky.

But from the first bell, Joshua appeared unsure whether to try to overpower his opponent or outbox him — failing miserably at both.

A nervous hush descended on the stadium in the opening rounds as Usyk’s threat became all too apparent.

Constantly on the move, he rocked Joshua in the third with a powerful left hand.

Usyk retained control in the following rounds as Joshua failed to unleash his supposed superior power and the Londoner was in big trouble again in the seventh round as he was sent staggering backward by a big left hook.

A nick appeared above Usyk’s eye in the 10th round but Joshua’s face was showing signs of battle damage.

Joshua needed a knockout to retain his belts but it was Usyk who came closest with a ferocious attack at the end of the 12th which left the Briton reeling.

Even before the official result was announced, some Joshua fans were heading for the exits while Usyk’s followers were just getting the party started.

Joshua’s promoter Eddie Hearn said his fighter was “devastated” by the defeat, adding that he would go to a hospital with a suspected broken eye socket.

“Congratulations to Oleksandr Usyk. What a fighter. He put in a great performance and the better man won,” Hearn said.

“I had it reasonably close in the eighth and then Usyk ran away with it.”

Joshua later took to Twitter, saying: “Keep positive even if the world’s crumbling in front of you! London I love you & thank you each and every time!”

Keep positive even if the world’s crumbling in front of you! London I love you & thank you each and every time! pic.twitter.com/GBgF7e5hcm