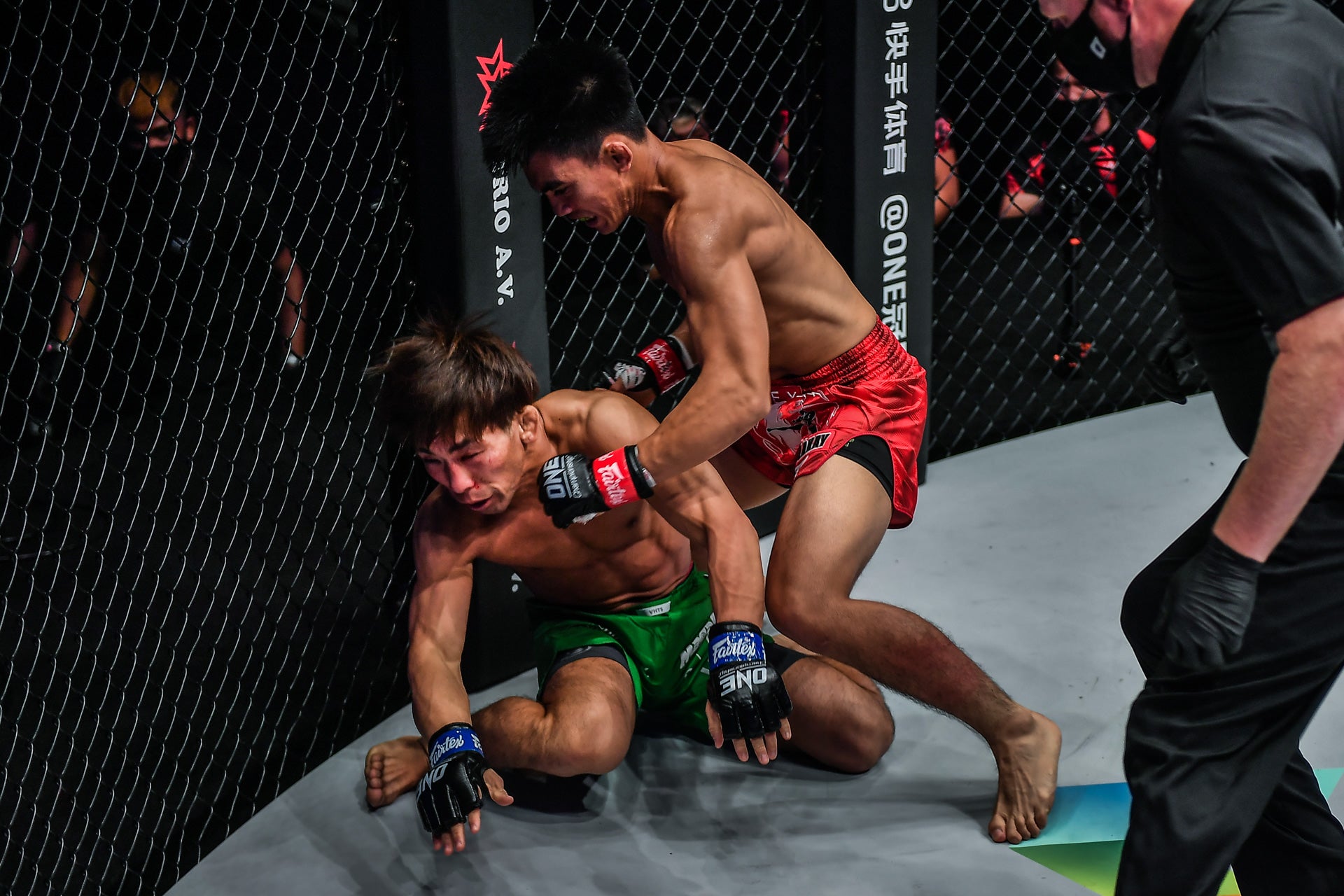 Joshua Pacio let out a guttural scream as soon as referee Justin Brown pulled him away from Yosuke Saruta during the ONE: Revolution showpiece late Friday night.

He did it again for four more times before members of Team Lakay raised him for all of those at Singapore Indoor Stadium—and the thousands watching online—to see.

“It has been very, very satisfying,” Pacio told reporters virtually after a first-round knockout of Saruta for a win that made him the promotion’s undisputed strawweight champion.

“There had been a lot of challenges during this pandemic: Lockdowns, an injury and this COVID-19 which locked me down for nearly five weeks. Recovering was hard, too,” he added.

All of those hurdles—which amounted to nearly 20 months of layoff—hardly mattered as Pacio needed just less than a round to dispose of his Japanese foe.

“Every fight I get into, I expect it to go five or three rounds. I didn’t expect a very fast finish [with this one],” he said.

“I was shocked that [Saruta] was kicking me, wanting to go striking with me. I thought, ‘This is my bread-and-butter. This is my world.’ I was like, ‘Yeah, bring it on!’”

“I felt my knuckles land on his chin. So I decided to follow it up,” he said of the ensuing barrage of punches that cornered Saruta and triggered the bell.

Pacio’s victory over Saruta not only puts to bed his rivalry with the very guy who cut short his first championship reign, it also cemented the Filipino striker’s place as one of the promotion’s front-facing athletes as he now also holds 11 wins—the most in the weight class.

Pacio also made good with his promise to end a certain chatter that has long hounded his team.

“I just wanted to prove a lot of people wrong for saying that trilogy fights are a curse to Team Lakay. I don’t believe that. I broke that curse tonight,” he said.

The 25-year-old Pacio, who has beaten every former champion in his division, is now looking to end another trilogy against former champion Yoshitaka Naito, the fighter who handed him his first defeat.

“I want to do … a trilogy with Naito,” said Pacio.

Earlier in the card, Pacio’s stablemate Lito Adiwang put together crisp striking display and hung on against groin-hitting Hexigetu for a unanimous decision victory, while Cebuano Roel Rosauro faltered in the second round against newcomer James Yang in a one-sided featherweight contest.

Later in the event, Ok Rae Yoon dethroned lightweight champion Christian Lee via unanimous decision in a match that had pundits and fans raising their eyebrows once again.

“This decision is not sitting well with me. If I had lost the fight, I would keep my mouth shut, but I didn’t,” said Lee, who is the second fighter to figure in a questionable decision just weeks after Filipino Denice Zamboanga lost to Seo See Ham in the women’s atomweight grand prix.

Ironically, Lee is the younger brother of atomweight queen Angela who will face whoever emerges champion during the grand prix. Zamboanga was supposed to challenge Angela for her crown, but the title duel was scrubbed by the pandemic and, later, by the latter’s pregnancy. —WITH A REPORT FROM BONG LOZADA