Norris would rather be on pole somewhere other than Sochi 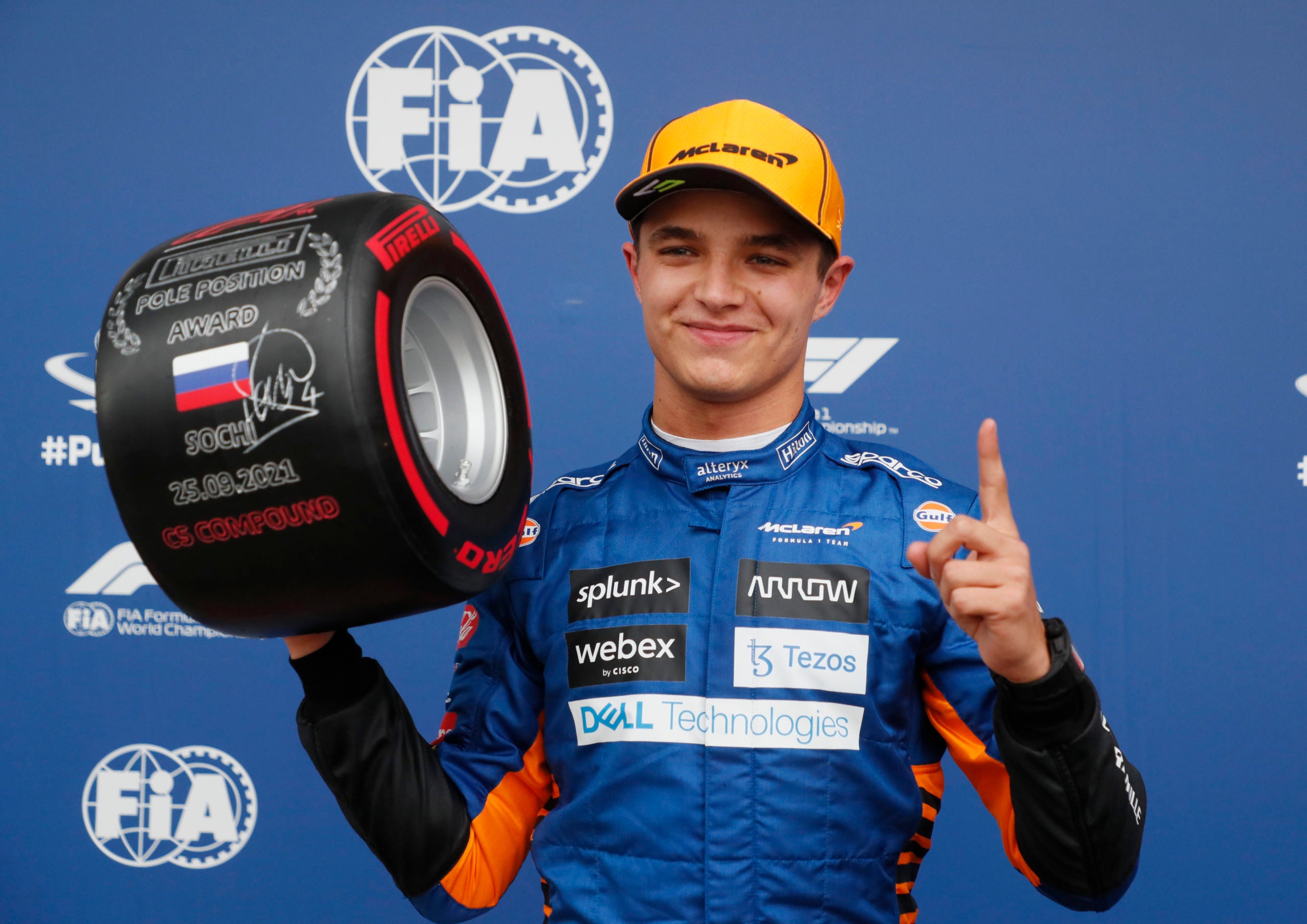 McLaren’s Lando Norris celebrated the first Formula One pole position of his career at the Russian Grand Prix on Saturday but he would rather it had been somewhere else.

The Sochi Olympic circuit’s long and fast pit straight allows the driver immediately behind the polesitter to get an aerodynamic tow, meaning third place on the grid can be more advantageous.

“Probably the only place I wouldn’t want to be on pole is here, especially with the straight down to Turn One,” said the 21-year-old Briton, who has former teammate Carlos Sainz alongside for Ferrari and George Russell behind for Williams.

“I’m not really looking forward it. I’m not looking forward to being first down to Turn One tomorrow. But you never know, it’s going to set us up well and we’re in the best position we can be in,” he added.

McLaren had not won a race since 2012 until this month when Australian Daniel Ricciardo led Norris in a one-two at the Italian Grand Prix.

Norris’s pole was also a first for McLaren since 2012 and qualifying had something of the ‘yesteryear’ about it with the top three representing former champions McLaren, Ferrari and Williams.

“Another race win for McLaren would be lovely. I don’t expect so, I think Mercedes are a long way up the road from us and Red Bull probably similar,” said Norris of his chances on Sunday.

“I think we have decent pace. We saw yesterday that the cars are in a good position, in the wet now and also in the dry… we can score some good points tomorrow, we can have a good race, because we are in the best position possible.”

Russell was the first driver to take the plunge and opt for slicks on Saturday and Norris said he had watched his compatriot’s progress on the television screens while seeking more details from his engineer.

“Many times during the lap I thought it was going to go quite badly wrong and you’re going to mess it up,” he said of his effort.

Norris said the pole made him feel somewhat better about missing out on a possible top slot at the rain-hit Belgian Grand Prix when he crashed in qualifying while setting an impressive pace.

“It definitely makes me feel much better now, the fact that this is what I feel like I missed out on back then. I now have that feeling, I now know what it’s like to get a pole position, which is awesome,” he said.