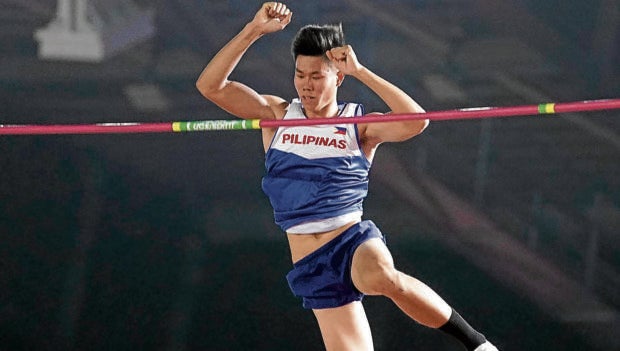 Team Philippines could well exceed its previous output in the coming sixth Asian Indoor and Martial Arts Games (Aimag) with the amount of Filipino talent set to play.

Although weightlifting has been scratched off the list, Philippine chef de mission Richard Lim is confident of a better performance in the March 10-20 Games in Thailand that would likewise serve as tryouts for the 2022 Asian Games in Hangzhou, China.

“I’m pretty sure we can surpass the past Aimag results. But on how many medals, that I don’t know yet,’’ said Lim at an interview with Sports Eye on Radyo Pilipinas 2.

Aside from Ochoa and Ramirez who are expected to defend their titles, track and field athletes led by Asian pole vault champion EJ Obiena, US Open pool champion Carlo Biado and skateboarder Margielyn Didal have increased the team’s golden chances.

According to Lim, Olympic gold medalist Hidilyn Diaz is a sure winner if weightlifting made it in the calendar of events.

Thailand weightlifting got suspended by the International Weightlifting Federation, prompting the host country to remove the sport from the list.

Medals could likewise come from bowling, chess, esports, taekwondo, dancesport and muay as well, the other from tracksters who could deliver starring sprinter Kristina Knott and hurdler Eric Cray.

The Philippine Olympic Committee (POC) has already pegged the size of the delegation at 160 athletes from 21 sports.

Lim said POC president Rep. Abraham “Bambol’’ Tolentino made the rounds among the participating national sports associations and told them to send only their finest athletes. INQ