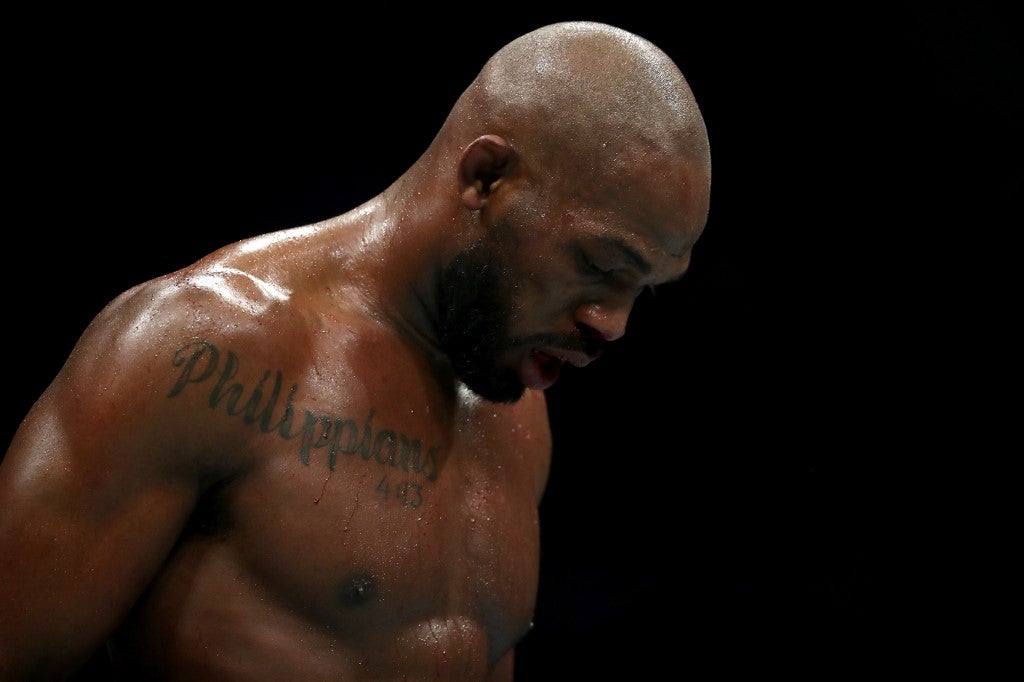 Jon Jones, a former two-time UFC light heavyweight champion, was combative with Las Vegas police, damaged a patrol car and went through bouts of emotion after he was taken into custody for suspicion of domestic violence, according to an ESPN report.

Citing an arrest report released Tuesday, Jones was taken into custody around 6 a.m. early Friday morning and charged with misdemeanor battery domestic violence and tampering with a vehicle.

While the domestic violence charge was a misdemeanor, the damage to a police vehicle is considered a felony. Jones was released later Friday on $8,000 bail and has a court date set for Oct. 26.

While in custody, Jones allegedly slammed his head into the hood of a police car, causing a dent and chipped paint.

A woman, who was not identified, said Jones pulled her hair but did not hit her, the report stated. Blood was observed on her lip and on bedsheets at the Caesars Palace resort.

The report also indicated that Jones said he would sue officers for putting him in handcuffs. The alleged incidents occurred after one of his past fights was inducted into the UFC Hall of Fame.

Police indicated that Jones “jokingly” told police he would like to “take us all on.” The former junior college wrestler also broke down into tears after police read him his rights.

Jones later apologized to police, according to the report, when they threatened to use a Taser on him if his aggressive behavior continued.