Filipino bets will be ready for worst SEAG scenarios 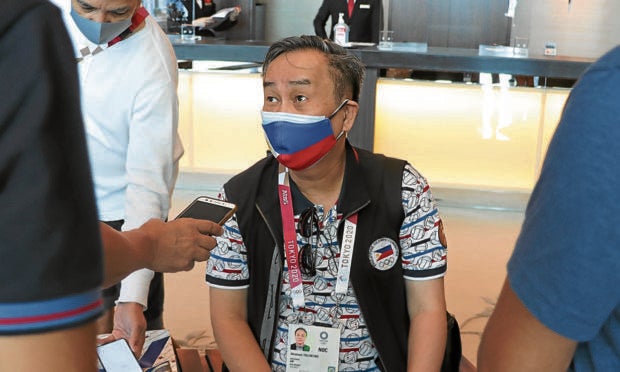 It’s either a hectic, consecutive Southeast Asian Games (SEAG) in an 18-month spread or a prolonged preparation before the next one.

The Philippines, the defending overall champion, has no problem with either.

Philippine Olympic Committee president Bambol Tolentino said the Hanoi 2021 Games, now set for May 2022, and Cambodia 2023 are on schedule, but there’s little window in case of another cancellation.

He said there’s no arrangement between the host countries to merge or even give way in case the coronavirus pandemic drags on.

“It’s the government [of Vietnam] which decided to proceed with the SEA Games in May,” said Tolentino. “Cambodia is right on schedule for Feb. 2023, per the SEAG Federation.”Aimag scrapped

Tolentino recently announced a shake-up in the sporting calendar for next year with the cancellation of the Asian Indoor Martial Arts Games (Aimag), which was supposed to be held on March 20 to 30 in Thailand next year.

The Aimag was also supposed to be one of the tryout tournaments for PH bets for the Asian Games in China next year.

The pandemic was the main reason cited [for the cancellation] by organizers of the multievent originally set to be staged in the cities of Bangkok and Chonburi.

Tolentino said the Hanoi Games will be held in the “latter part of May 2022,” after it was moved from the original date of Nov. 12 to Dec. 2 this year.

The Cavite representative and House deputy speaker said Team Philippines, the reigning SEAG champs, will be up to the task.

Several national sports associations have set up bubble training camps across the country, including Baguio City, which will host athletes from karatedo, boxing and track and field, among others.

The scrapping of the Aimag also means that funds intended for that can be channeled to other events. INQ