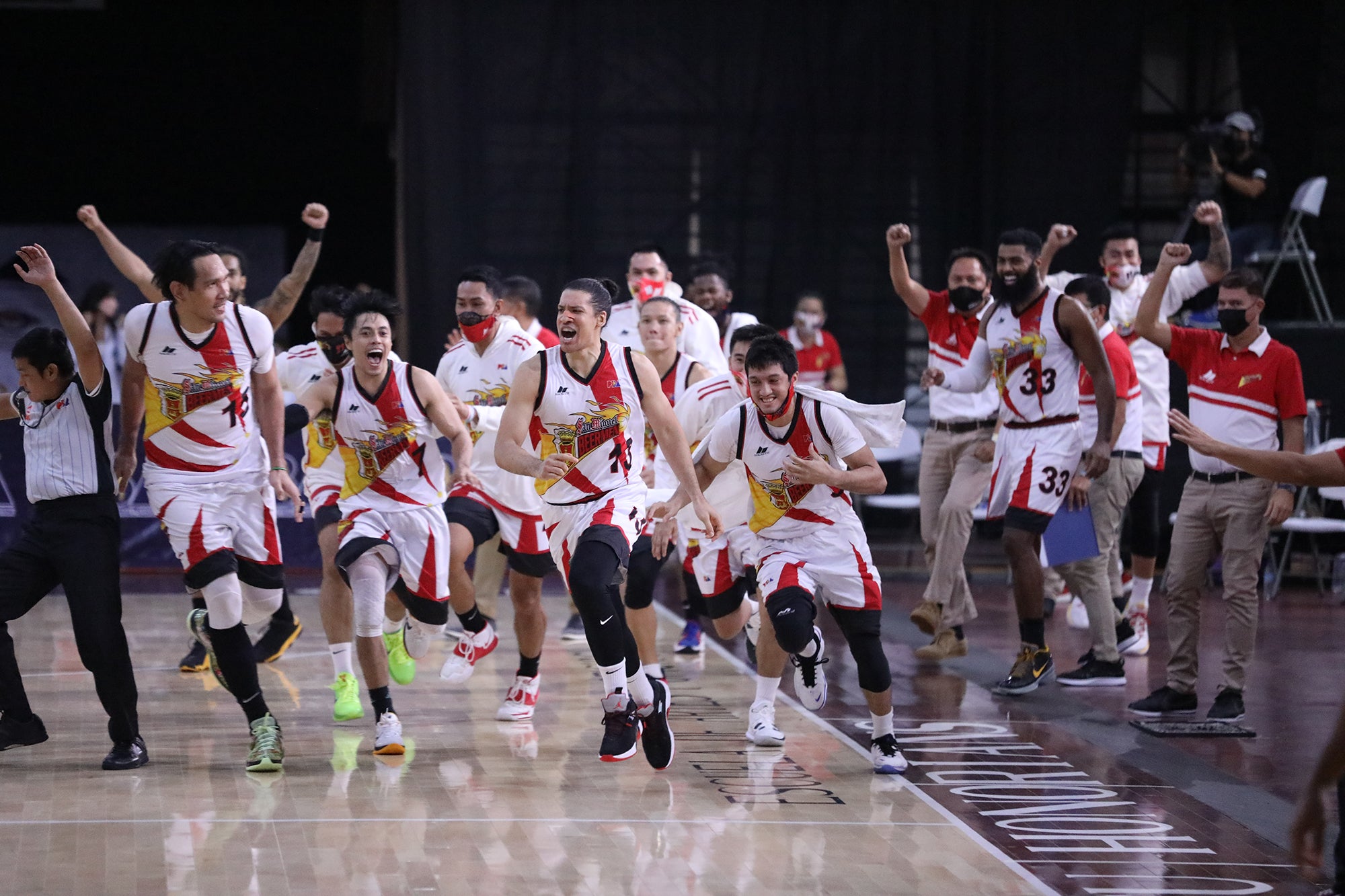 Falling short after playing catchup in Game 1, San Miguel Beer made sure it got the job done this time.

Marcio Lassiter capped a rally from 19 points down with a buzzer-beating putback—the Beermen’s third try in a frantic sequence in the dying seconds—to seal San Miguel’s 98-96 victory over TNT in Game 2 of their PBA Philippine Cup semifinal duel on Wednesday night at Don Honorio Ventura State University in Bacolor, Pampanga.

“That’s urgency brought on by experience,” Beermen coach Leo Austria said. “That possession was important and we’re lucky that he converted at the right time.”

And it was fitting that Lassiter, who only had five points before that cleanup job, was the one who put the Beermen on the board in this race-to-four series.

Lassiter missed a potential game-winner in the series opener, where San Miguel nearly overturned a 10-point deficit under the final six minutes before settling for an 89-88 defeat.

It was Terrence Romeo, however, who helped set up that Lassiter moment when he scored 24 of his team-high 26 points in the second half, including 15 in the final quarter, as the Beermen popped the Tropang Giga’s momentum to even the series. Romeo, who also finished with four assists coming off the bench, practically willed San Miguel back from a 61-80 hole they fell into under two minutes left in the third period.

“It’s just the character of this team. It’s what makes SMB special,” the spitfire guard said. “No matter the situation we’re in, we’re not going to give up. We kept on telling each other that we’re going to stay together.”

Romeo struck hard when the Beermen needed it most.

Facing a 0-2 series deficit and with chief scorer CJ Perez saddled by fouls, Romeo stepped up to the plate to give his team a chance in the end.

“To tell you honestly, that was pure heart, especially Terrence. His focus was there to win the game. He made a lot of important baskets,” said Austria.

June Mar Fajardo also delivered from the post, battering TNT down low with 22 points and 10 rebounds.

TNT got the goods from Roger Pogoy (21) and Poy Erram (20). Troy Rosario had 14, including a late triple that tied the game 96-all with six seconds remaining.

Unlike in Game 1, however, the Tropang Giga’s defense couldn’t hold on, allowing Lassiter to sneak up on the weak side for the win. In the other game, Magnolia used a fiery first half to wrest the lead from Meralco and then found holes in their foes’ defense in the paint to carve out a 92-78 win and a 2-0 cushion in their semifinal duel.