Dindin aspires for longevity like her Thai idol Pleumjit 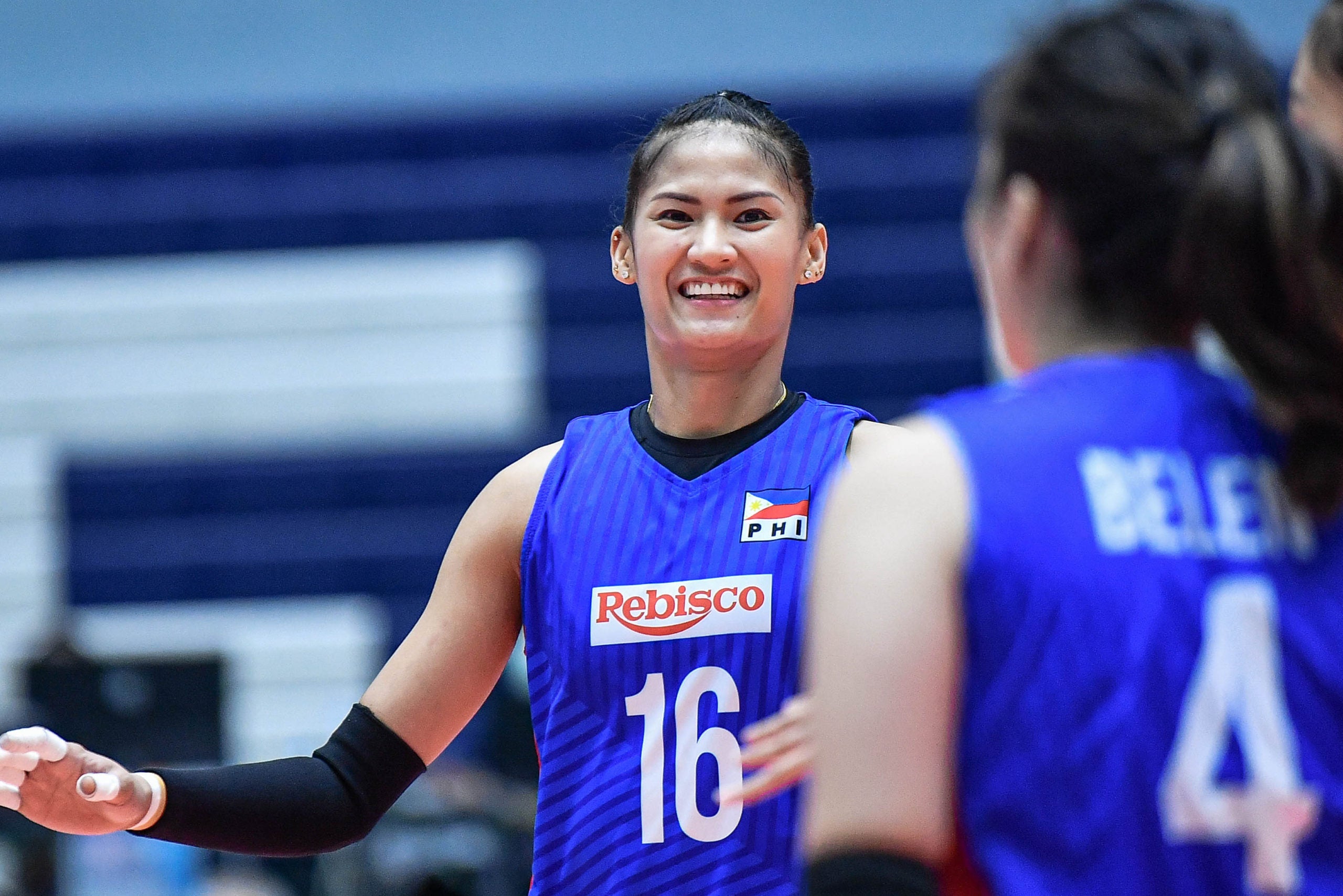 MANILA, Philippines—Dindin Santiago-Manabat has been part of the national team program for almost eight years, but she’s not immune to feeling star struck when she plays against her volleyball inspirations.

One such case came when she went up against her idol Pleumjit Thinkaow in the 201 Asian Women’s Club Volleyball Championship in Nakhon Ratchasima, Thailand.

In that game, Thinkaow had 12 points while Manabat had six.

Santiago-Manabat now plays as a wing spiker for Team Rebisco but she started her career as a middle blocker, the same position the Thai international held in her illustrious career.

“Of course I’m always star struck when I see her,” said Santiago-Manabat in Filipino. “What amazes me most is she’s already playing at the highest level even when I was still a kid. Until now she’s kept that class.”

Thinkaow, 37, has played for Thailand since 2001 and has won gold in all the 10 Southeast Asian Games she’s been in.

She’s been playing for so long that she’s played twice in Kuala Lumpur and Manila.

“My goal is to be at this level for as long as I can, or for as long as Pleumjit as did because even at her age she’s still performing at the highest level,” said the 28-year-old Santiago-Manabat.

While Thinkaow is her first inspiration, Santiago-Manabat also idolized Paola Egonu, Tandara Caixeta, Arina Fedorovtseva, and Jordan Larson who all play in the wings.

While Egonu and Fedorovtseva are younger than Santiago-Manabat, the same cannot be said for 32-year-old Caixeta and 34-year-old Larson.

“I want to learn the discipline they have on their bodies, what they do to maintain their strength because they really are that good. I want to visualize myself doing the same.”