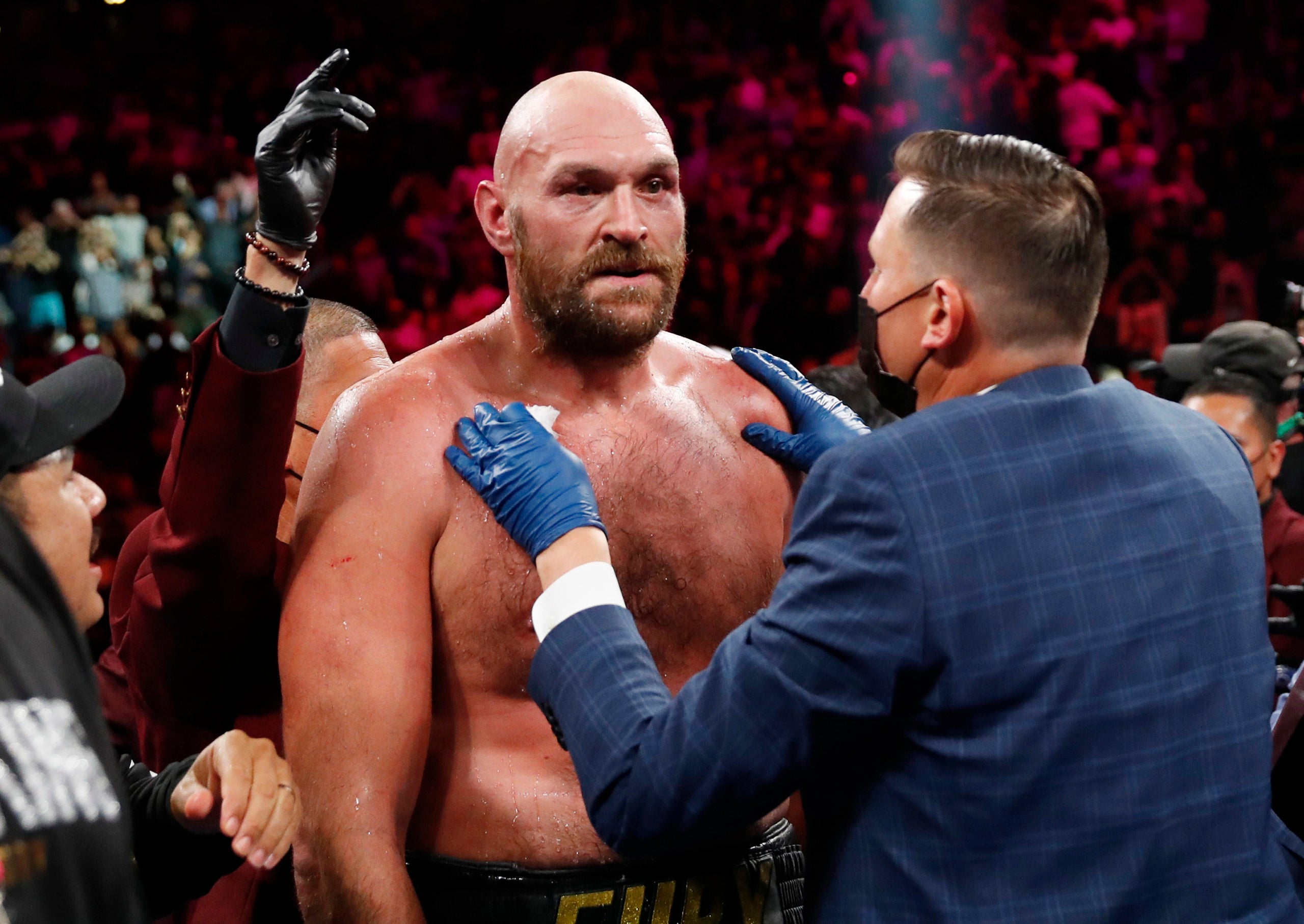 Tyson Fury believes he is the greatest heavyweight of his era after producing a scintillating display to beat Deontay Wilder in a boxing classic on Saturday.

The 33-year-old undefeated Englishman recovered from two knockdowns against the hard-hitting Wilder before knocking out the American in the 11th round to retain his WBC crown.

“I know I’m the greatest heavyweight of my era, without doubt. Number one,” Fury said following an epic battle at the T-Mobile Arena in Las Vegas.

“I’ve fought the most devastating puncher in the history of our sport, not once, not twice, but three times.”

At a towering 6ft 9in tall and weighing in at 277lbs, Fury is unarguably one of the biggest heavyweight champions of all time.

Icons of the heavyweight division like Muhammad Ali or Joe Frazier would be giving away massive advantages in height and weight in any theoretical match-up with the reigning champion.

Fury was initially reluctant on Saturday to rank his chances against past greats.

“I don’t like competing with fighters from the past because it’s fantasy, not reality,” he said. “I can only beat the best of my day. And I’ve done that. I’m the best fighter in my era.

However, he later could not resist comparing himself favorably to the greatest heavyweights to have graced the division.

“There’s been so many of them, so many great champions,” he said.

“Without sounding too clever, I place myself at the top of the pile. I believe I can beat any man in history, any man.”

Saturday’s thriller meanwhile left many at ringside struggling to think of a better heavyweight contest in boxing history.

“Listen, I’ve been in this business 57 years promoting fights and I truly have to say I have never seen a heavyweight fight as magnificent as this,” said Fury’s US promoter Bob Arum, who promoted 27 of Muhammad Ali’s fights including the 1975 classic “Thrilla in Manila” against Joe Frazier.

“It’s the best live heavyweight fight I’ve seen,” Warren said. “It was just amazing. Two warriors and just so absorbing. Tyson is the standout heavyweight of his generation.

“I have seen him box better. But the heart and the bravery he showed tonight were just amazing. Boxing should be proud of what he did tonight.”

Fury, who now plans to take a break from the sport before contemplating a potential unification fight with WBA, IBF and WBO champion Oleksandr Usyk, or British rival Anthony Joshua, insisted he had never felt in danger against Wilder.

“He caught me twice. But I was never like thinking ‘Uh oh, this is over.’ I thought ‘Okay, good shot — but I will get you back in a minute, and I did’,” he said.

“He shook me and he put me down, but that’s boxing. And that’s life as well — no matter how many times you get put down, it’s all about getting back up.”