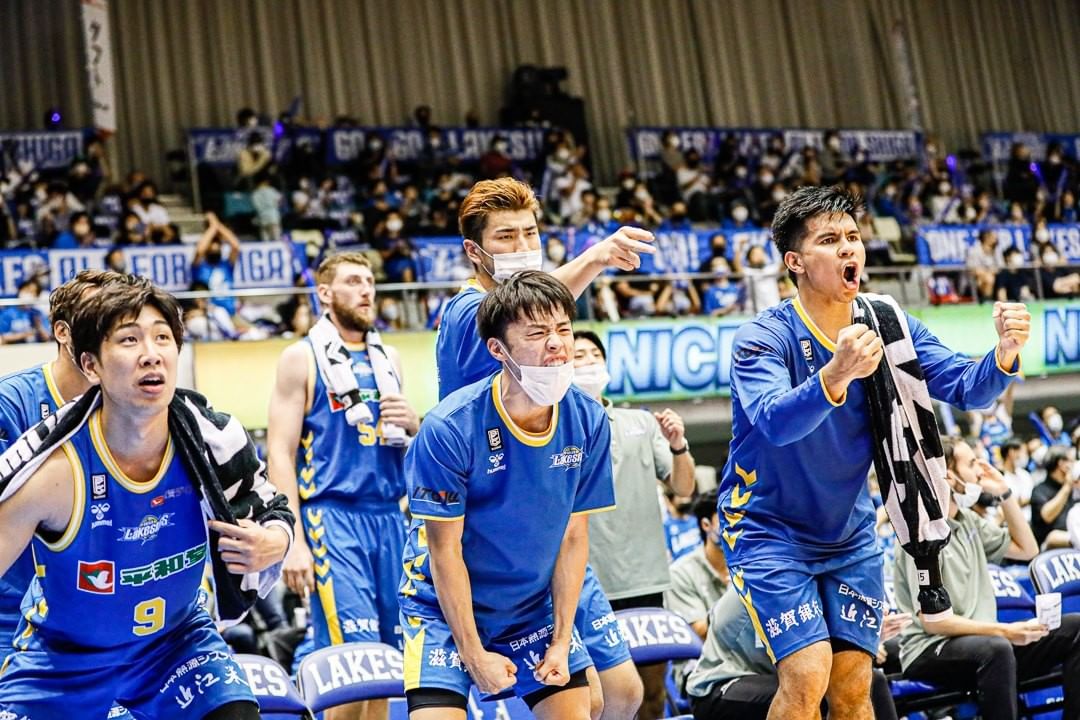 MANILA, Philippines—Shiga forced its way to the top of the table after a tense 84-83 win over Kyoto in its West Conference matchup in the 2021-22 Japan B.League season Saturday at Kyoto City Gymnasium.

Kiefer Ravena, who was at third in the assists table the past weekend, struggled for the Lakestars scoring six points, on 1-of-7 shooting from the field, and failing to tally one dime in the process.

Ovie Soko willed the Lakestars in the fourth as he scored nine points in the final five minutes of the game to help Shiga to the victory and a 4-1 record in the standings.

Novar Gadson then gave the Lakestars an 84-81 buffer with 20 seconds remaining.

Soko finished with a game-high 26 points and 15 rebounds to lead the Lakestars while Gadson added 19 points, eight rebounds, and six assists.

Justin Harper led the Hannaryz, who dropped to 2-3, with 25 points and six rebounds.

Kiefer Ravena among B. League’s early leaders in assists

Mozzy Ravena happy to see sons learn Japan style of play, like she did in college