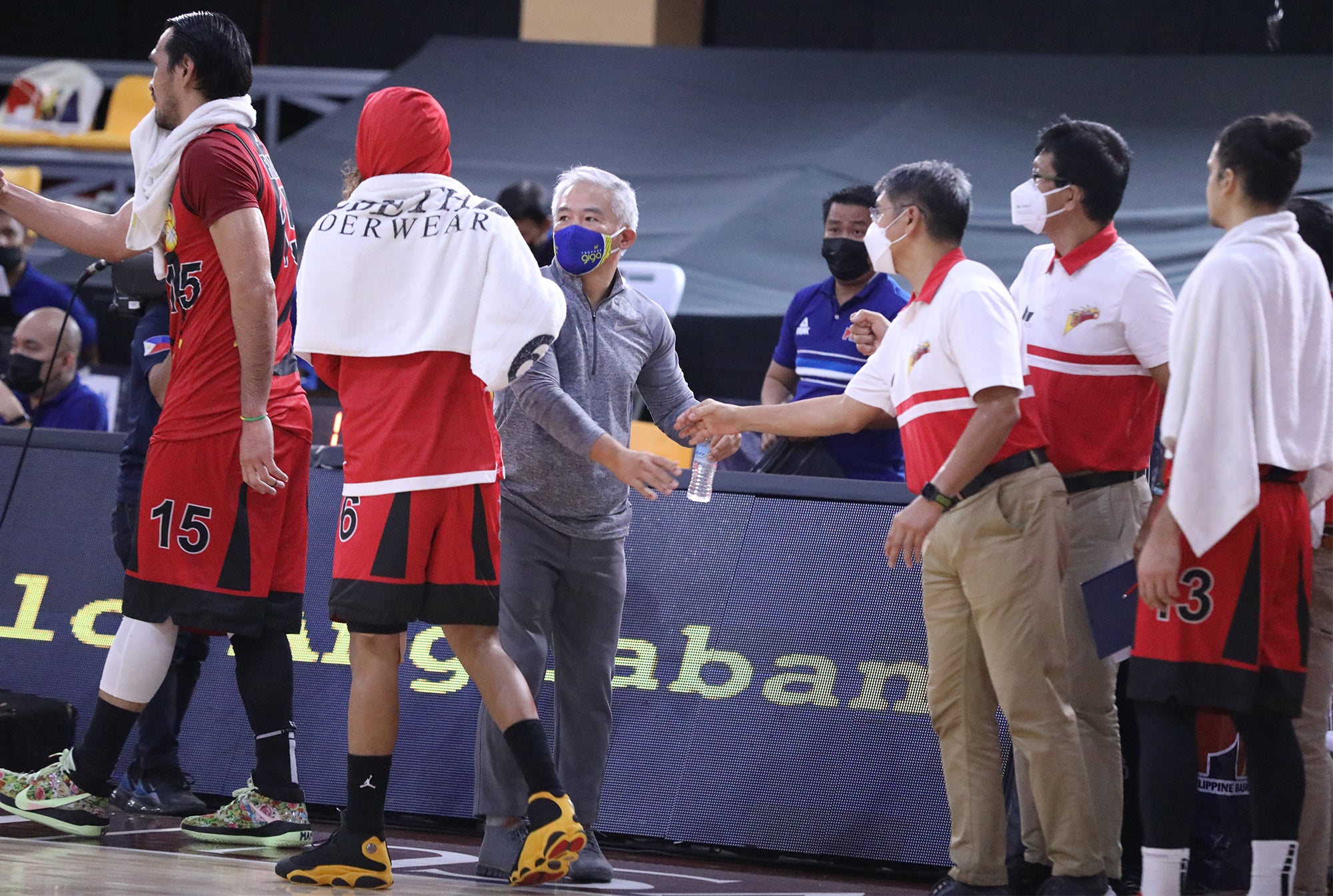 MANILA, Philippines — The semifinals series between San Miguel and TNT in the 2021 PBA Philippine Cup pitted two titans of the league against each other with two of the brightest coaching minds using oversized human beings as chess pieces.

In the end, it was Chot Reyes’ Tropang Giga who took the series in seven games and they are now looking to add another championship in their trophy room.

Left to watch the finals matchup between TNT and Magnolia is Leo Austria, who owns eight of San Miguel’s 27 titles.

Reyes said that while his coaching duel with Austria was among the main attraction in the series, the matchup was still about the players in the end.

“I didn’t look at it as me versus coach Leo. It was TNT vs San Miguel. It was an honor for me and it was Chris Ross, I think, whom I told that it was a privilege coaching against coach Leo. If there was a Game 8, I’m sure they’d make adjustments and kick our butts again,” said Reyes after TNT’s 97-79 Game 7 win Sunday at DHVSU Gym in Bacolor, Pampanga.

“It wasn’t between me and Leo, it was San Miguel versus TNT, and for now this series, I think the better team won as the series score will show. But I know we will see each other again in the future, we’ll have those battles once again.”

Back in the finals

TNT didn’t just make the Philippine Cup Finals for the second straight season, it was also the first time that Reyes will be in the championship round after nearly a decade.

Reyes didn’t coach in the PBA for nine years after he left the TNT bench in 2012 to concentrate on his duties as Gilas Pilipinas’ chief tactician.

He only made his way back to the Tropang Giga at the start of the 2021 season, and Reyes said that being in the finals in his first year back is just the start of his new life with the club.

“Being in the finals is great, that’s the objective of every coach in the league, but when I accepted the job we’re looking at the long game,” said Reyes. “We’re trying to build a culture. We’re proud of the tradition, but everything in the past no longer exists for this new culture we’re creating.”

Reyes was already a four-time champion when he joined TNT in 2006 and it was during his tenure that the club became a league institution as the Tropang Giga nearly completed a Grand Slam in 2011, only to lose the Governors’ Cup to, as fate had it, San Miguel.

“Getting into the finals is good, but we just want to be better. It’s really that kind of mindset, we want to get better in the finals.”

PBA: San Miguel gets back at TNT, forces semis Game 7