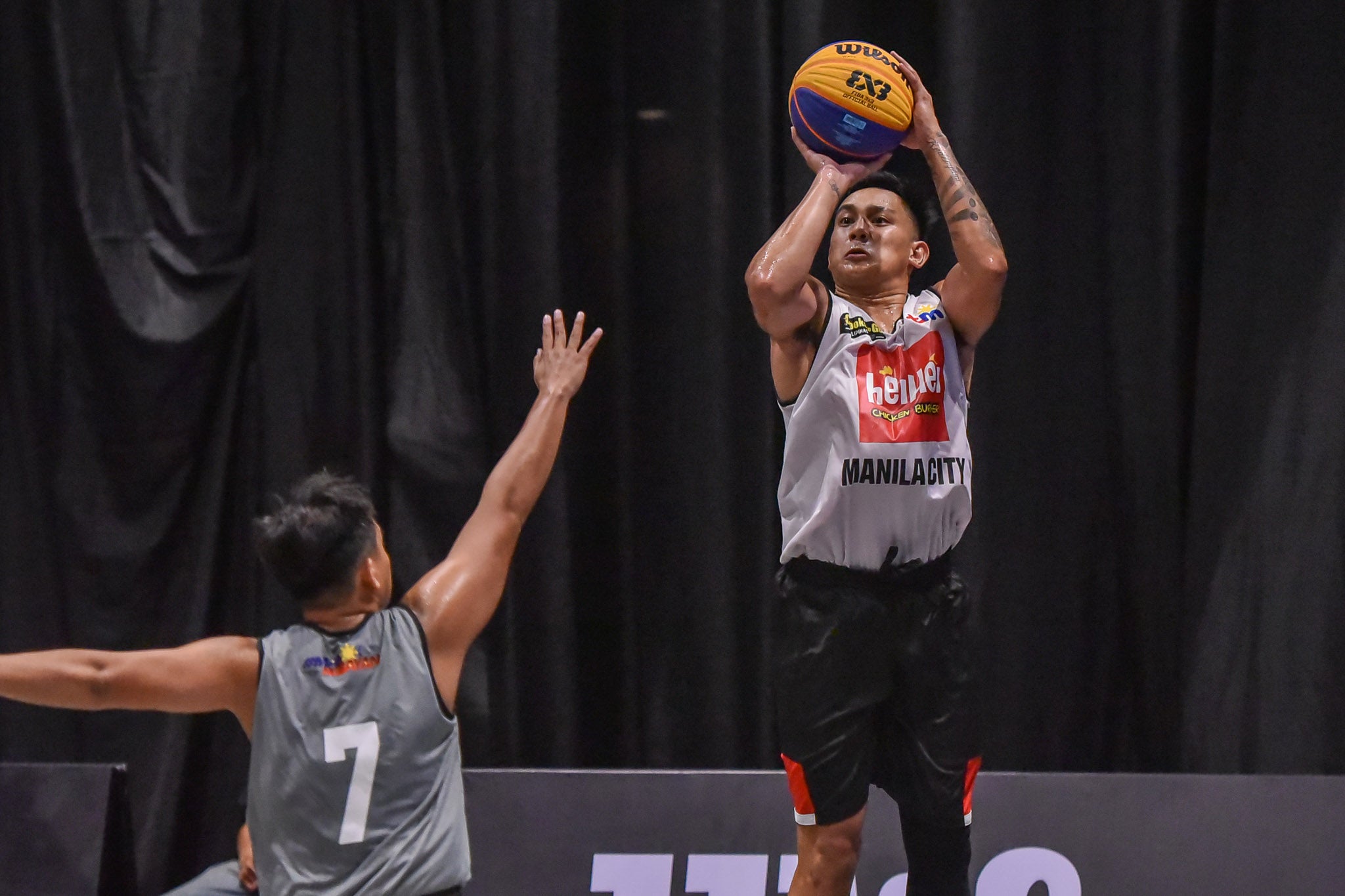 Mac Tallo powered Manila in the title match pouring in 13 points and scored seven of his team’s first eight points as they started the game on an 8-1 run.

Both Tallo and Chico Lanete also did the dirty work on the defensive end limiting brothers Ryan and Nikki Monteclaro to just one point apiece in the game.

Zach Huang then took his place in the paint in place of the injured Mike Nzeusseu, who hurt his hand in the semifinals against ARQ Builders-Cebu.

“Happy that this tournament happened,” said Manila coach Aldin Ayo whose team is set to compete in the 2021 FIBA 3×3 World Tour Abu Dhabi Masters on October 29. “I hope that they got the confidence and the rhythm. It’s important that we simulate the actual situations and we can’t do that in practice.”

Huang finished with five points for Manila while Lanete pitched in three.

Ayo is optimistic that Nzeusseu will recover in time for their Abu Dhabi tournament.

“I hope he recovers in time for Abu Dhabi. He has a big responsibility with our team and he has to overcome that. It’s not a major injury,” said Ayo.