76ers take down Pelicans in season opener without Ben Simmons 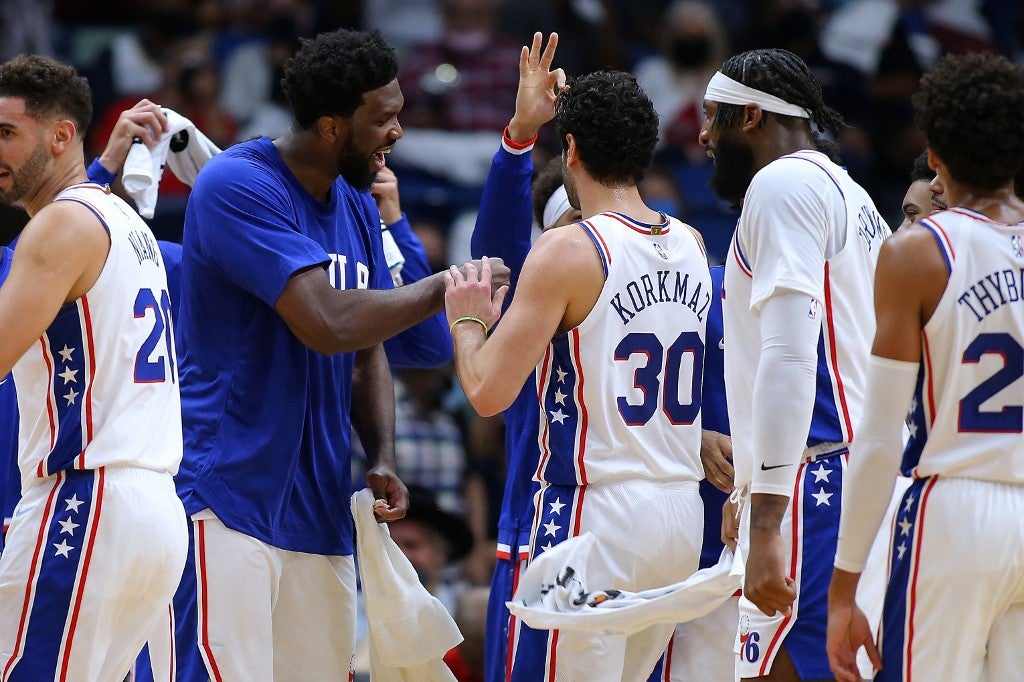 Joel Embiid scored 22 points and Tobias Harris had a double-double as the visiting Philadelphia 76ers pulled away from the New Orleans Pelicans 117-97 in the season opener for a pair of short-handed teams Wednesday night.

Harris had 20 points and 12 rebounds and Furkan Korkmaz scored 18 of his 22 points in the fourth quarter as the Sixers outscored the Pelicans 36-27 in the final period.

Sixers guard Ben Simmons was serving a one-game suspension imposed by coach Doc Rivers on Tuesday for conduct detrimental to the team. Tyrese Maxey started in his place and scored 20, while Georges Niang added 11 and Seth Curry had 10 for Philadelphia.

the word of the day: pic.twitter.com/pOx3im5QLE

Embiid scored the Sixers’ first eight points of the third quarter and Maxey added consecutive baskets as Philadelphia broke from a halftime tie to a 69-62 lead.

Graham’s 3-pointer pulled the Pelicans within four points, but the Sixers scored the final seven points to take an 81-70 lead at the end of the third quarter.

Ingram scored the first five points of the fourth quarter, but Korkmaz scored 11 straight Philadelphia points during a 28-7 run that extended the lead to 109-82.

Embiid made a basket on the first possession of the game, setting the tone for a hot-shooting quarter for the 76ers.

He went on to score 12 points and Philadelphia never trailed, shooting 57 percent on its way to a 29-25 lead at the end of the first quarter.

After an exchange of baskets to start the second quarter, Niang made consecutive 3-pointers during an 8-0 run that gave the Sixers a 39-27 lead.

New Orleans scored the next seven points and eventually pulled within 47-46 on a 3-pointer by Jonas Valanciunas, who finished with 12 rebounds but made just 3 of 19 shots in scoring nine points.

Harris beat the buzzer with a basket that tied the score at 53 at halftime.