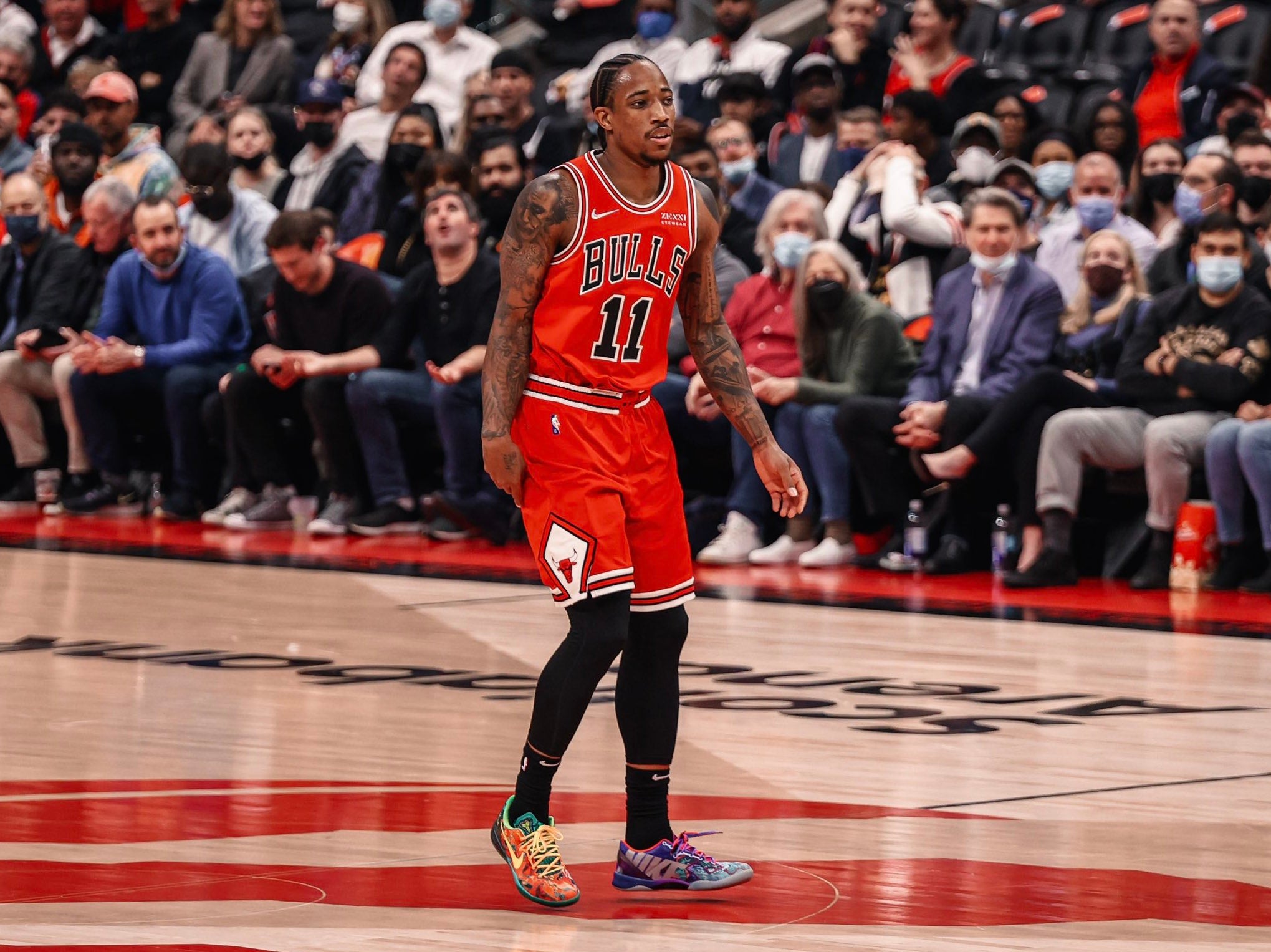 DeMar DeRozan scored 26 points — 11 in the fourth quarter — and the visiting Chicago Bulls defeated the Toronto Raptors 111-108 on Monday night.

DeRozan, a former Raptor, made three important jump shots late in the fourth quarter after the Raptors had cut the lead to two.

Toronto’s Fred VanVleet missed a 3-point attempt in the final second in an attempt to tie the game.

Zach LaVine added 22 points for the Bulls, who have won four games in a row to open the season. Nikola Vucevic had 17 points and eight rebounds, Lonzo Ball had 15 and Troy Brown Jr. scored 11.

OG Anunoby scored 22 points and grabbed eight rebounds for the Raptors, who have lost three of four.

The Bulls led by as many as 20 points in the third quarter and were ahead by 12 points entering the fourth.

Anunoby’s 3-pointer and layup cut the lead to two with 4:49 remaining in the fourth.

DeRozan’s jumper and two free throws by Alex Caruso increased Chicago’s lead to six with 4:00 left. DeRozan added a 12-footer to bump the lead to eight. LaVine had a 3-pointer to increase the margin to 10.

Toronto cut the lead to four on VanVleet’s layup with 1:04 to go. DeRozan made two free throws with 24 seconds left.

A dunk by Barnes after a Bulls turnover trimmed the lead to two with 14.4 seconds left. Vucevic made one free throw.

Vucevic’s 15-footer gave the Bulls a nine-point lead with 4:12 remaining in the second quarter.

A dunk and a 3-pointer by Anunoby cut the lead to four. The Bulls scored the final seven points of the first half to lead 61-51.

LaVine’s two free throws gave the Bulls a 73-53 lead three minutes into the third quarter. The Raptors responded with a 7-0 run.

The Bulls led 92-80 after three quarters.