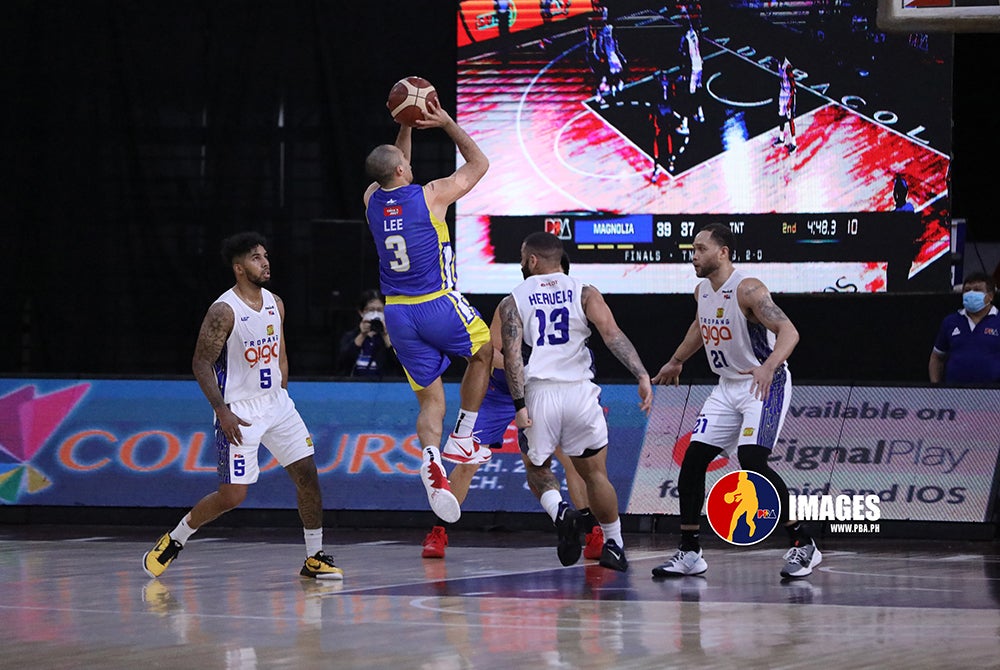 MANILA, Philippines — The PBA’s technical committee admitted that the foul whistled against TNT’s Brian Heruela on Magnolia’s Paul Lee in the second quarter of Game 3 of the PBA Philippine Cup Finals was a “wrong call.”

“We made a wrong call, we admit that. No excuses,” said Eric Castro, the league’s deputy commissioner, on the PBA website.

“We have to move on and do a better job in the next games, plain and simple.”

A video of the play clearly showed that Heruela did not hit Lee, who was attempting a 3-pointer.

“Admittedly there was no contact. But things like this happen. Referees are humans. Magkakamalit magkakamili sila (They’re going to make mistakes). But their mistakes don’t go unpunished,” Bong Pascual, the league’s head of officials explained.

PBA commissioner Willie Marcial said that Kenny Hallig, the referee who made the error, has already been dropped from the list of game officials for the remainder of the best-of-seven title series where TNT leads, 2-1.

Fortunately for the Hotshots, Corpuz will not serve a suspension.

The play had Rosario taking a nasty spill that led to a fractured pinky finger and spinal shock. His status is doubtful for Game 4.

Rosario doubtful for Game 4 due to dislocated finger

Read Next
Feels like America has accepted Formula One, says Hamilton
EDITORS' PICK
‘FPJ’s Ang Probinsyano’ officially ends after nearly 7 years
Powered by style, innovation and passion
Red-tagged green activist recalls imprisonment
Authors unbowed after gov’t ‘purge’ of books
House energy committee chair Arroyo bats for cheap electricity
A laptop that maximizes your WiFi so you can maximize your productivity
MOST READ
Arjo Atayde reveals proposal to Maine Mendoza was ‘more than a year’ in the making
SRA officials should resign after ‘illegal sugar order’ – Zubiri
‘FPJ’s Ang Probinsyano’ officially ends after nearly 7 years
Jalen Green has no doubt Kai Sotto will make the NBA
Don't miss out on the latest news and information.