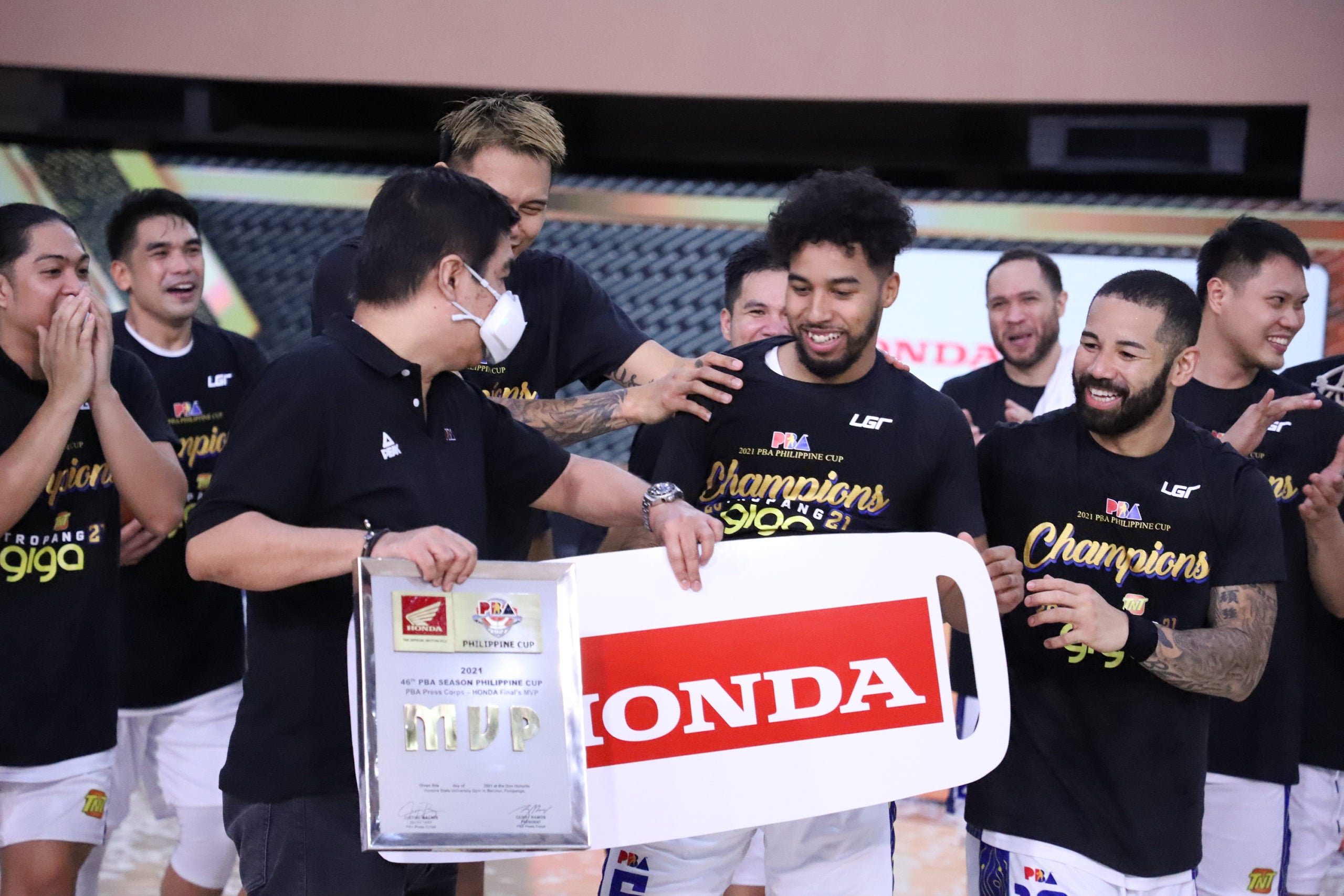 Mikey Williams, the fourth overall pick of this year’s PBA Draft, had one of the best rookie debuts in league history when he led TNT to the 2021 Philippine Cup that ended the franchise’s five-year title drought.

The 6-foot-2 forward, who came in second in the Best Player of the Conference race, claimed the Finals MVP in the tournament after a stellar five-game run ending in the Tropang Giga’s 94-79 clincher Friday at DHVSU Gym in Bacolor, Pampanga.

Williams, who played in his first career best-of-seven finals, was the undisputed best player from the Tropang Giga with averages of 27.6 points, 5.2 rebounds, and 4.8 assists.

“I feel like this is just a surreal moment for us, we put the work in, it’s been a real challenge for everybody. I think we’re all very blessed at this moment and we’re gonna enjoy this moment,” said Williams after the win.

“It took a minute to adjust but everybody welcomed me with open arms. They continued to push me and continued to work. I thank everybody behind me, the 15 players, and the coaches.”

Williams was also the first rookie to win the Finals MVP since Brandon Cabal won the award in the 2003 Invitational Cup for the Alaska Aces.