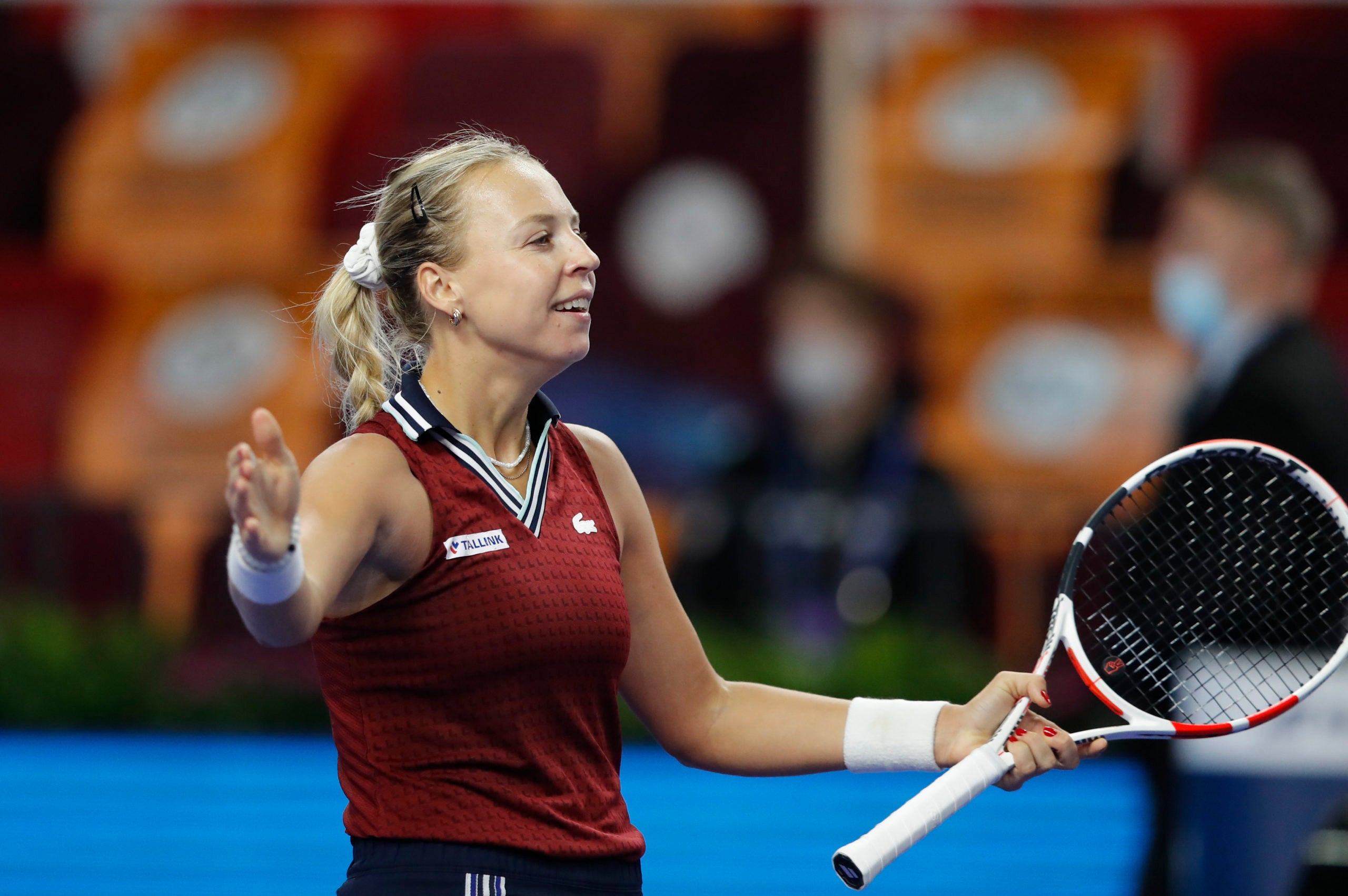 Anett Kontaveit said greater self-belief was the foundation for her victory over Romania’s Simona Halep in the final of the Transylvania Open on Sunday, which secured the eighth and final spot in the WTA Finals for the Estonian.

The 25-year-old captured her fourth title of the season with the 6-2, 6-3 victory over Halep in Cluj-Napoca, also ensuring she would move into the top 10 in the world rankings for the first time at number eight.

“I believe in myself a little bit more than I did a couple years ago, and I was trying to be aggressive but also stay consistent, and not go for too much.”

Kontaveit’s 26th victory in her last 28 matches helped her edge Tunisia’s Ons Jabeur for the final spot at the season-ending Tour Finals.

“So sorry Ons that I had to do this to you,” Kontaveit said on court after her first career win over former world number one Halep.

“I’m really looking forward to next year, hopefully, we can both make it.”

Jabeur congratulated Kontaveit on Twitter and posted an image where she was playfully strangling the Estonian with the caption, “Meanwhile in my head,” after losing out on a WTA Finals spot.

In a separate tweet, she said: “Apology accepted, but see you in Guadalajara. I will be going as an alternate.”

The WTA finals will take place in Mexico from Nov. 10-17, having been relocated from Shenzhen because of travel restrictions in China caused by the COVID-19 pandemic.