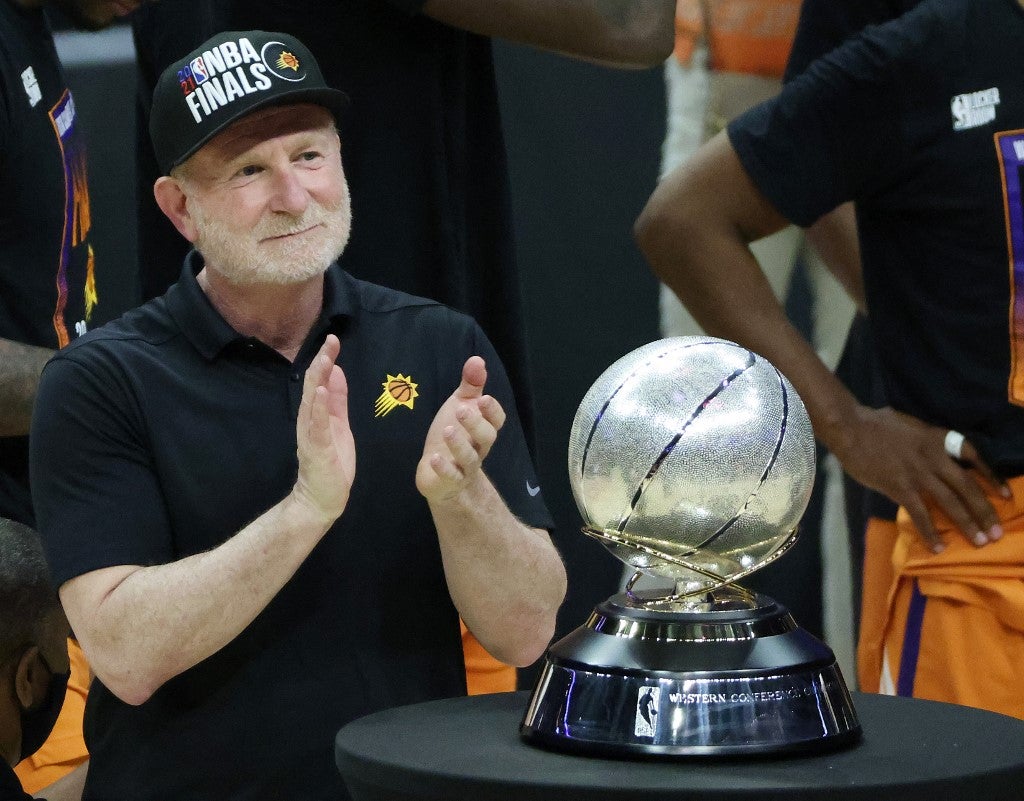 The NBA ordered an investigation into allegations of racism and misogyny made against Phoenix Suns owner Robert Sarver on Thursday.

“The allegations contained in today’s ESPN article are extremely serious and we have directed the Wachtell Lipton law firm to commence a comprehensive investigation,” NBA executive vice president of communications Mike Bass said in a statement.

“The NBA and WNBA remain committed to providing a respectful and inclusive workplace for all employees.

“Once the investigation is completed, its findings will provide the basis for any league action.”

Sarver, 59, who had previously denied any wrongdoing, called for the NBA investigation earlier Thursday after the ESPN report was published.

“I would entirely welcome an impartial NBA investigation, which may prove our only outlet for clearing my name and the reputation of an organization of which I’m so very proud,” Sarver said.

Proven allegations of racist behavior or the use of racist language could have serious implications for Sarver.

In 2014, then-Los Angeles Clippers owner Donald Sterling was fined $2.5 million and banned for life from the NBA after being recorded using racist language. The league later forced the sale of the team to new owners.

In its report, ESPN quoted an unidentified business department employee as saying, “If the commissioner comes in and investigates (he) would be appalled.”

Sarver issued a pre-emptive denial of the allegations last month, calling the story “lies, innuendo, and a false narrative” designed to “attack our organization,” and repeated his denial Thursday.

“I continue to be shocked by the false reporting,” Sarver said. “While there is so much that is inaccurate and misleading in this story that I hardly know where to begin, let me be clear — the n-word is not part of my vocabulary.”

According to ESPN, Sarver used a racial insult in a conversation with a Black coach, talked about sex with his wife as he showed a photo of her in a bikini, and asked a woman if he “owned” her when inquiring if she worked for the Suns.

The story, released on ESPN’s website, stemmed from interviews with more than 70 current and former Suns employees, most of them not identified, who alleged that Sarver repeatedly used racially insensitive language and detailed conduct seen as misogynistic and inappropriate.

“The level of misogyny and racism is beyond the pale,” an unidentified Suns co-owner told ESPN about Sarver. “It’s embarrassing as an owner.”

The Suns reached last season’s NBA Finals, where they lost to the Milwaukee Bucks, but one unnamed current executive told ESPN that despite the on-court success “the culture is lower than it has ever been.”

Former Suns coach Earl Watson made “misrepresentations” in the ESPN story, Sarver claimed, and “created an unprofessional and toxic atmosphere” in the Suns organization.

The report said Sarver’s conduct contributed to a workplace culture that impacted how other managers treated employees.

In a Thursday statement, Suns team president and chief executive officer Jason Rowley said the Suns and WNBA Mercury “vehemently reject the claims” in the ESPN article, saying statements were twisted to fit a predetermined narrative and “unreliable sources” were used.

“The Robert Sarver I’ve worked alongside for 15 years is not a racist and not a sexist,” Rowley said.

“We welcome any investigation by the league to review and respond to these false accusations.”

The NBA communications executive Bass told ESPN the league has not “received a complaint of misconduct at the Suns organization”. NBA players union executive director Michele Roberts told ESPN she was unaware of any reports from players regarding misconduct by the Suns.

Suns coach Monty Williams told ESPN that he was taking a “wait-to-see” approach.

“It takes courage to come out and express yourself. But at the same time, I’m aware there are two sides to this equation,” Williams said.