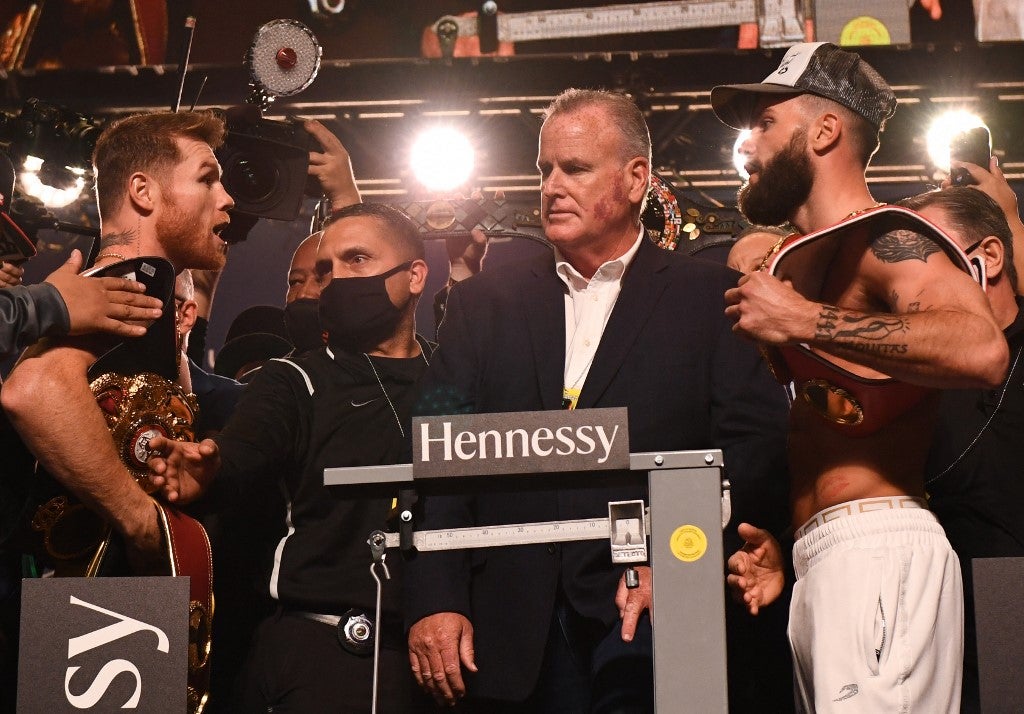 Saul “Canelo” Alvarez and Caleb Plant were kept apart once more on Friday as they both made the weight for this weekend’s super middleweight unification fight in Las Vegas.

Mexican star Alvarez drew blood after punching Plant below the right eye when the two fighters faced off at a press conference in Los Angeles in September to launch Saturday’s fight at the MGM Grand.

On Friday, WBA, WBC and WBO champion Alvarez and IBF titleholder Plant were kept around five feet apart by event staff after weighing in for their long-awaited showdown.

Both boxers appeared to exchange verbal barbs as they were prevented from coming any closer.

Alvarez, 31, who is a heavy favorite to win on Saturday, tipped the scales bang on the 168-pound weight limit.

The 29-year-old Plant, meanwhile, came in just under the limit at 167 pounds.

Alvarez can become only the sixth male fighter since the WBO began sanctioning world title fights in 1988 to hold all four belts from boxing’s separate governing bodies simultaneously.

Plant is adamant he is capable of springing a surprise against Alvarez, who battered Britain’s Billy Joe Saunders into submission with an eight-round stoppage in Arlington, Texas, in his last fight.

“I’ve been the underdog before. It’s a place I like to be. I like people rooting against me. It gives me extra motivation, but when you’re fighting for undisputed status, you don’t need much more motivation than that.”