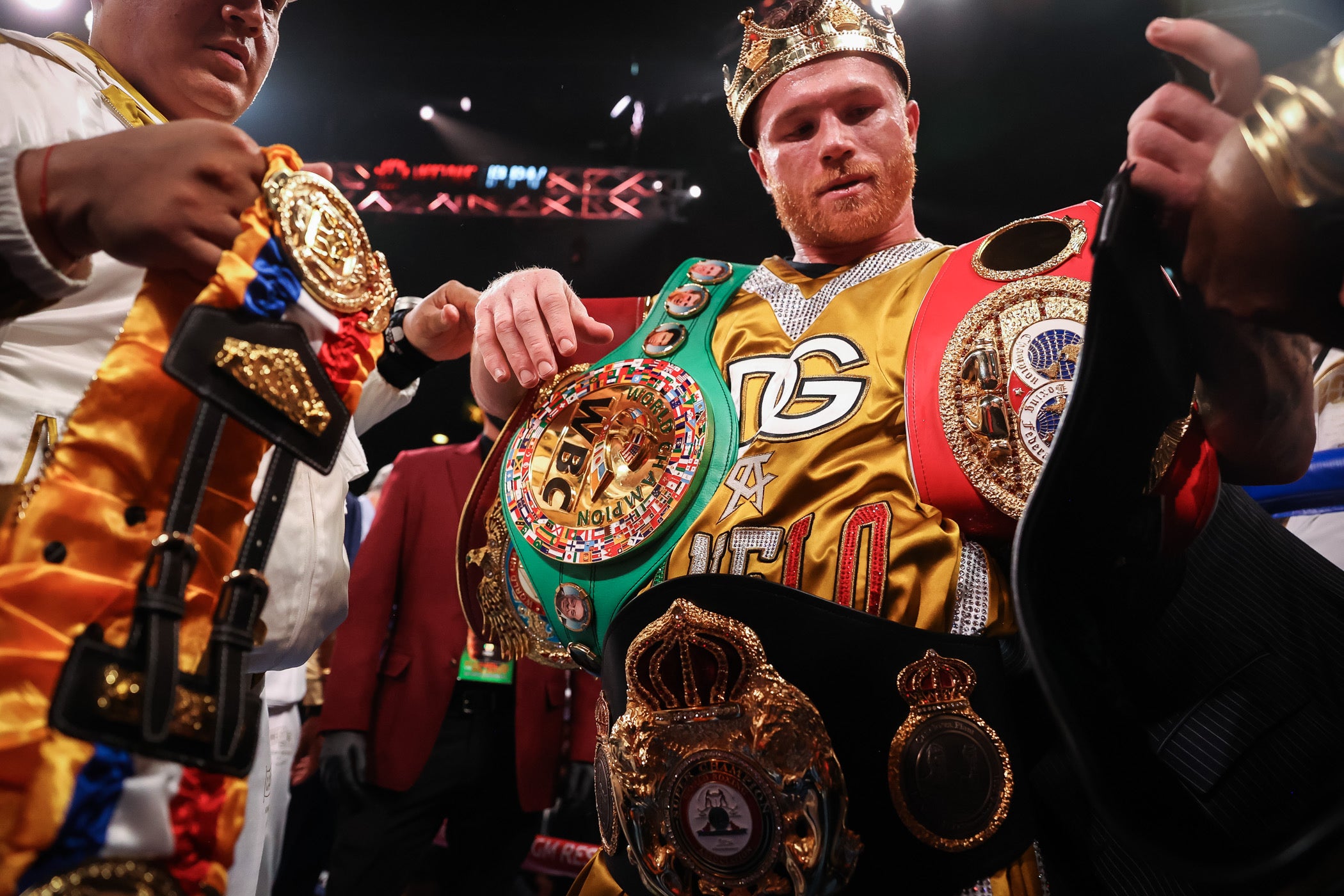 Alvarez scored an 11th round knockout over Caleb Plant to become the first undisputed world champion in the division, earning massive praise from Pacquiao.

“Congratulations to the pound-for-pound king, @canelo, on making boxing history as the first undisputed super middleweight champion ever,” posted Pacquiao.

Congratulations to the pound for pound king, @canelo, on making boxing history as the first undisputed super middleweight champion ever. Plant put up a great fight but Canelo is just too good. Boxing is in great hands.

Alvarez and Plant tangled up in a closely-fought contest through the first 10 rounds but the Mexican superstar, who’s won world titles in four divisions, found his mark and first knocked the American down with a left hook to right uppercut combo 35 seconds into the 11th round.

Referee Russell Mora eventually stopped the fight 1:05 into the 11th round after Plant hit the deck for the second time in his career.

Pacquiao, who never became an undisputed champion in his career, also commended the way Plant fought but admitted that Alvarez was just a class above the erstwhile undefeated boxer.

Plant, who came into the fight as the IBF champion, suffered his first professional loss as he slipped to 21-1 while Alvarez (57-1-2) joined the shortlist of undisputed champions in the modern four-belt era.

Canelo, who also defended his Ring Magazine title, joined Bernard Hopkins, Jermaine Taylor, Terence Crawford, Oleksandr Usyk, Teofimo Lopez, and Josh Taylor as the only boxers to hold the IBF, WBO, WBA, and WBC titles all at the same time.

“Plant put up a great fight but Canelo is just too good. Boxing is in great hands,” wrote Pacquiao, the only boxer to win World titles across eight divisions.

Taylor, the undisputed super lightweight champion, also took to Twitter to congratulate and welcome Alvarez into the exclusive list.