With imports slow in coming in, Governors’ Cup opening likely to be moved | Inquirer Sports

With imports slow in coming in, Governors’ Cup opening likely to be moved 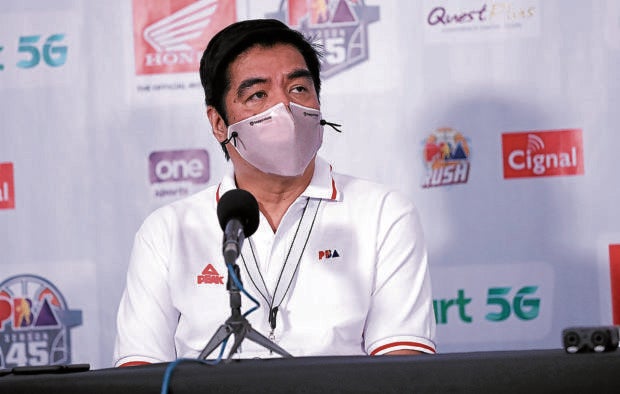 The PBA’s projected Nov. 28 start for its season-ending Governors’ Cup will likely be moved to a later date as teams await the arrival of their imports, who, like any foreign national entering the country, will be subjected to the same health process as any other.

“We’re going to push it (the opening date) back at least a week if we don’t have the imports,” PBA commissioner Willie Marcial told the Inquirer on Sunday as only three imports have so far planed in.

“We have to complete the imports cast before we could begin [the tournament],” he added. “Though, I don’t think any delay will take us a month.”

This year’s crop is bannered by Justin Brownlee, who will be shooting for a fifth crown with Barangay Ginebra. There are a number of old faces making a PBA return as well, like KJ McDaniels, Mike Harris, Paul Harris and Henry Walker.

The entire league staff has also been vaccinated, according to the commissioner. However, a number of clubs have yet to fully inoculate their ranks, he revealed, and this could cause a problem for the teams concerned with the move on Saturday of the Metro Manila Council, which recommended to the national government’s pandemic task force that only those fully inoculated be allowed to partake in contact sports.

“Such a mandate would mean these individuals won’t be allowed to enter our arenas,” said Marcial, who also battled COVID-19 a few months ago.

Meanwhile, the league is expected to take the lid off its inaugural 3×3 tournament on Nov. 20 at Ynares Sports Arena in Pasig City.

A total of 13 teams—three of them guests—will plunge into the maiden season that will feature three conferences, with each composed of six two-day legs and a grand final.

Teams will battle it out in a single round-robin format, where the three finest sides from each of the three pools moving on to the quarterfinals.