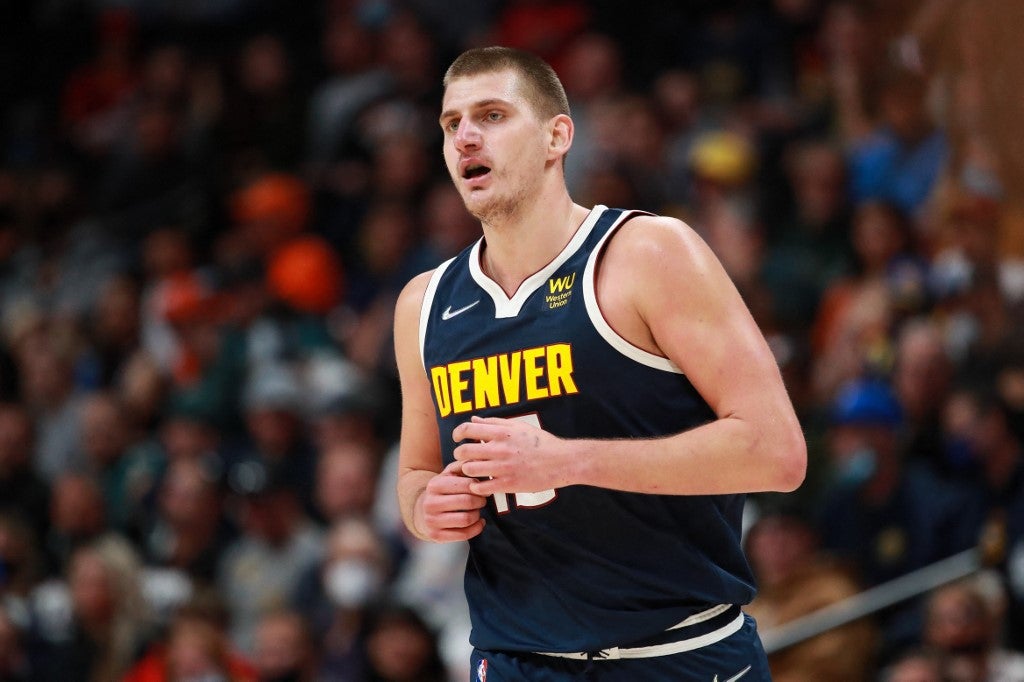 Nikola Jokic #15 of the Denver Nuggets runs down the court during the game against the Portland Trail Blazers at Ball Arena on November 14, 2021 in Denver, Colorado. Justin Tafoya/Getty Images/AFP

Monte Morris finished with 15 points, Facundo Campazzo 13, and P.J. Dozier and JaMychal Green 12 each for Denver, which has won five straight and spoiled the homecoming of Blazers coach Chauncey Billups, a former Nuggets player.

Portland guard Damian Lillard was out with what the team called an abdominal injury that he has dealt with in the past and that he aggravated Tuesday at the Los Angeles Clippers.

CJ McCollum scored 21, Anfernee Simons had 16 points and Nassir Little and Norman Powell finished with 13 apiece for the Blazers.

Denver was without guard Will Barton because of lower-back tightness. He dressed for the game but went to the locker room before the contest started and was officially ruled out at halftime.

It was a 14-point lead late in the second when the Blazers made a run to get within 58-49, but Denver stretched its lead again. Jokic’s 3-pointer from the top of the arc with 0.2 seconds left gave the Nuggets a 67-53 lead at halftime.

Jokic hit a 3-pointer and a jumper out of halftime to increase Denver’s lead to 72-56. Simons made a finger roll, but Gordon hit a jumper and Morris scored on a layup to put the Nuggets ahead 76-58.

Portland was down by 17 but got within 88-79 late in the third on a tip-in by Cody Zeller. Dozier drained a 3-pointer to put Denver back in front by 12 entering the fourth.

The Nuggets scored the first eight points of the final period to take a 98-79 lead with 9:45 left. Portland hit two straight, but a trio of 3-pointers made it 109-83, and Denver closed it out.

Nikola Jokic returns from suspension with triple double for Nuggets