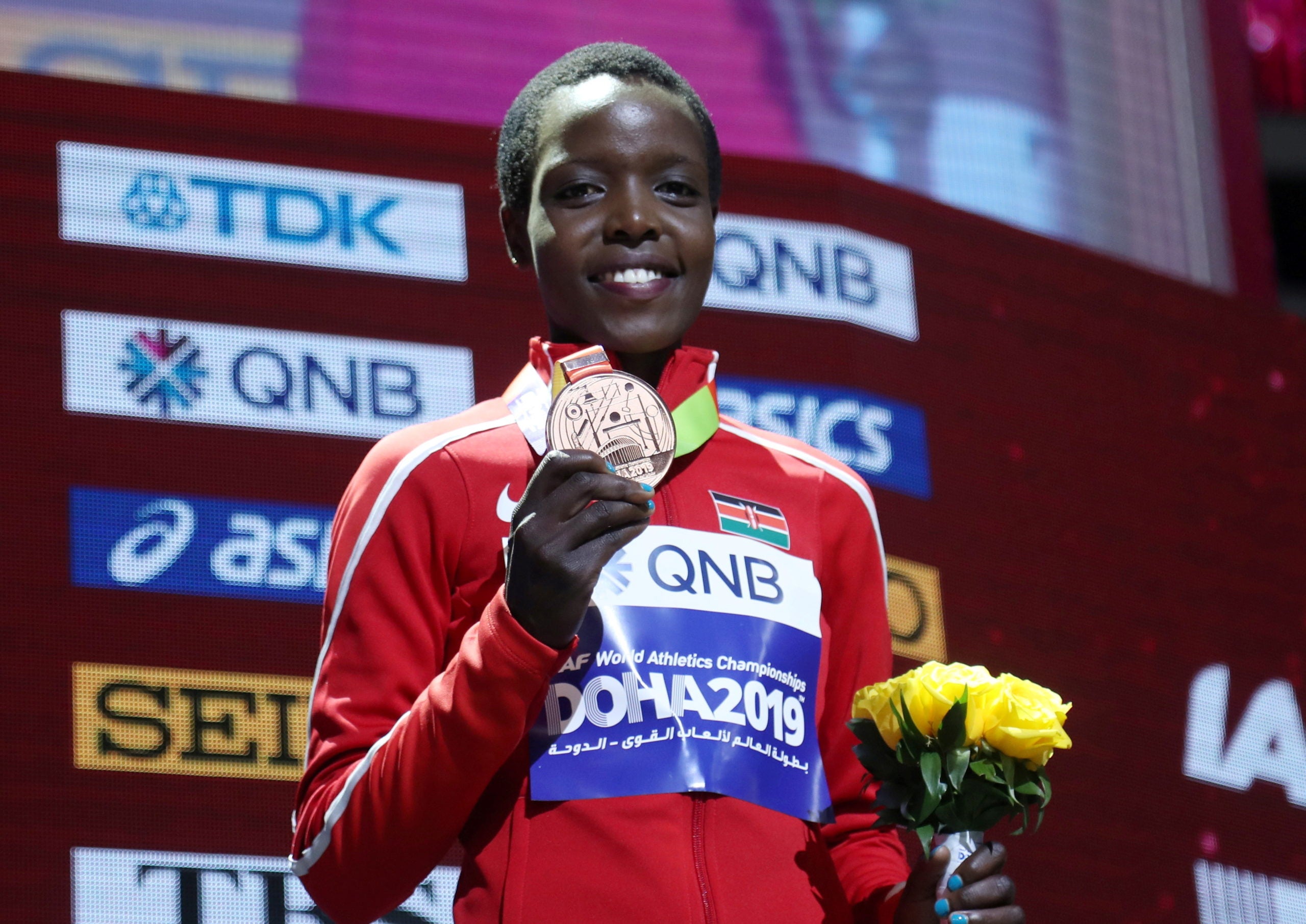 ELDORET, Kenya — Ibrahim Rotich, the husband of slain Kenyan Olympic runner Agnes Tirop, was charged with her murder and pleaded not guilty in a Kenyan court on Tuesday.

Rotich, 41, had been ordered last week to undergo a mental health test before entering a plea. Tirop was found stabbed to death at her home in the Rift Valley town of Iten on October 13, in a case that has shone a spotlight on violence against women in the east African country.

Rotich appeared in court in handcuffs, wearing a black jacket and a cap. He looked down at the floor for most of the proceedings.

Rotich’s lawyer, Joseline Mitei, declined to discuss the details or results of his mental health evaluation.

“I intend to put formal application in court for my client to be released on bail,” Mitei said.

The bail hearing is set for December 1.

Police arrested Rotich in the coastal city of Mombasa the day after Tirop’s body was discovered. They said he had been trying to flee the country.

In September, Tirop broke the women-only 10km world record in Germany. She won bronze medals at the 2017 and 2019 World Championships in the 10,000 meters.