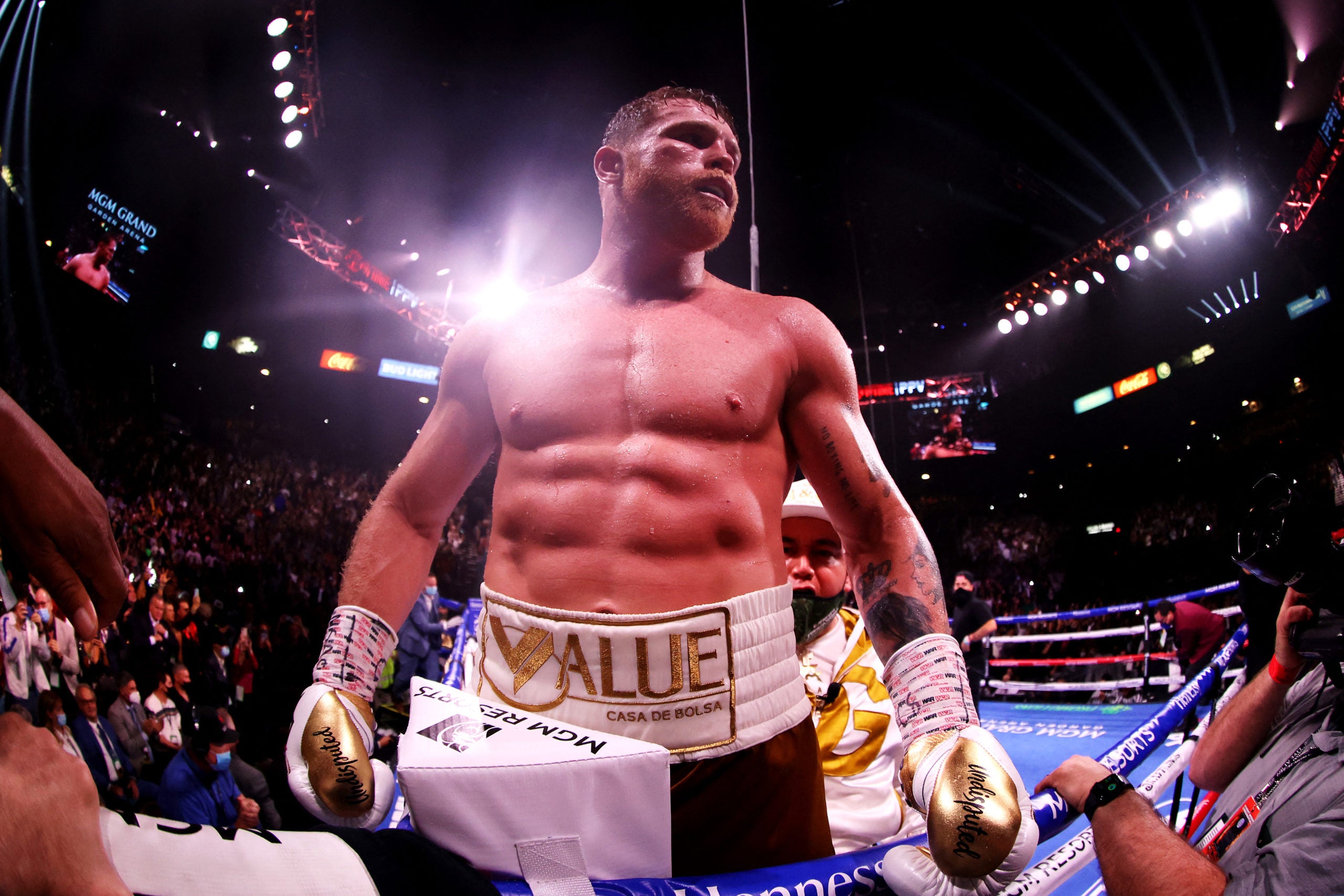 MANILA, Philippines—Mexican superstar Saul “Canelo” Alvarez will be jumping up to cruiserweight to challenge WBC champion Ilunga Junior Makabu, the sanctioning body announced on its website.

The WBC Board of Governors approved Eddy Reynoso’s, Alvarez’ trainer and manager, request to allow the undisputed super middleweight champion to jump to 190 pounds and seek a title in a fifth weight division.

“The World Boxing Council Board of Governors has unanimously voted to approve Saul Canelo Alvarez to fight for the WBC cruiserweight title, in May or June,” announced the WBC on its website. “It was proposed by his coach and manager Eddy Reynoso at the mandatory defenses committee at the WBC 59th Convention in Mexico City.”

Alvarez (57-1-2) became the first undisputed super middleweight when he added Caleb Plant’s IBF title to his earlier collection of the WBC, WBO, WBA, and The Ring titles earlier this November.

The 31-year-old from Guadalajara has also held titles in super welterweight, middleweight, and as far as light heavyweight when he defeated Sergey Kovalev in November 2019 for the WBO strap.

Makabu (28-2), meanwhile, is riding a nine-fight winning streak and last fought in December 2020 when he defeated Olanrejawu Durodola via seventh round technical knockout.

Cruiserweight, originally, is set at a 200-lb limit but the WBC moved it to 190 lbs on its books after it created the bridgerweight division in honor of six-year-old Bridger Walker who saved his four-year-old sister from a stray dog in 2020.