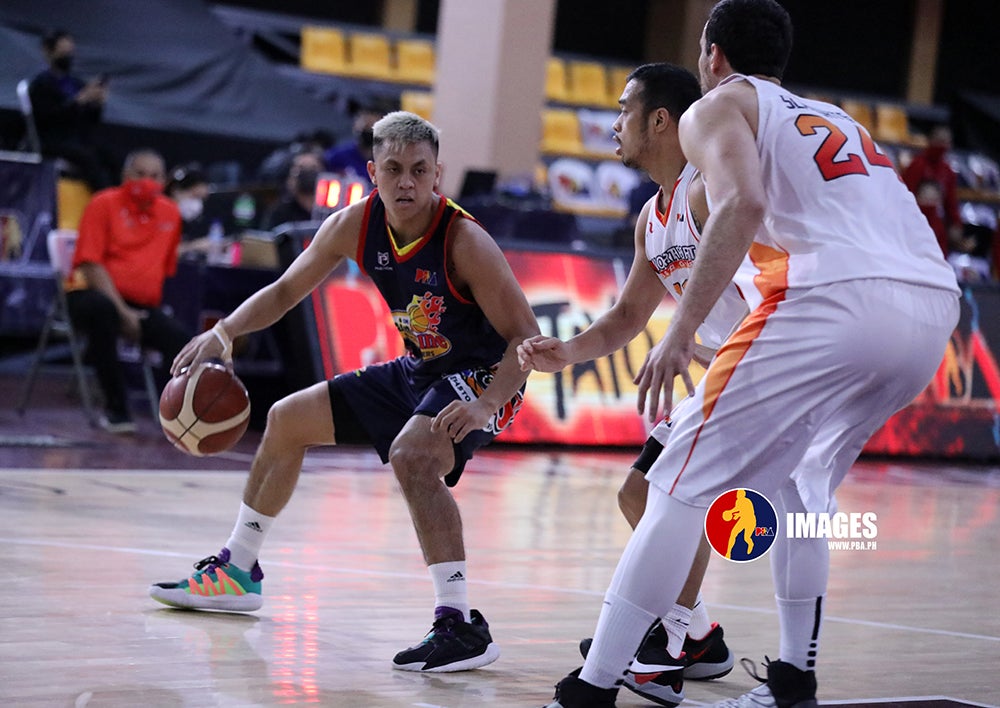 MANILA, Philippines—Rain or Shine is entering a new era, but that doesn’t mean the old guard will just slowly fade away.

Stars such as Rey Nambatac and Javee Mocon proved to be hot commodities while rookies Santi Santillan, Anton Asistio, and Andrei Caracut looked to have transitioned into the PBA life fairly well.

Older players such as Beau Belga and Gabe Norwood, however, are still productive as ever and head coach Chris Gavina is enjoying every bit of his generational roster.

Gavina said that while Nambatac and Mocon tend to fill the box scores, it’s Belga and Norwood who’ve set the foundation for the team especially on the leadership front.

“Our two young stars are Rey and Javee and right now they’re paving the way for the success of our team in the future,” said Gavina. “Gabe and Beau have been in the league for more than a decade and these guys expect you to play at a certain level because we’re trying to achieve something we have with this organization.”

Rain or Shine, which is always a perennial contender, has two titles under its name, the 2012 Governors’ and 2016 Commissioner’s Cups, but has yet to reach the championship round in more than five years.

And to get to the top, Gavina said he expects his younger players to slowly rise to the occasion just as what Belga and Norwood did half a decade ago.

“We need these young guys to take on that pressure and kind of embrace it as a whole.”

One of the players Gavina expects to take the next step and toward superstardom is Nambatac.

The seventh overall pick of the 2017 draft cemented himself as the future foundation of the team and he inked a three-year maximum extension as proof of the Elasto Painters’ faith in him.

Nambatac averaged 10.7 points, the second-best on the team behind Mocon’s 12.9, and 4.6 rebounds during the elimination round.

Gavina added that Mocon also deserves to get a maximum extension once his initial contract is up.

“Obviously, with the bigger contract you got to expect when an organization makes you a max guy, you got to kind of perform and rise up to that level that now you’re distinguished for. Javee is also on his way there,” said Gavina.