MANILA, Philippines—Some things are best left behind, even if it’s the one thing you love the most.

The legendary boxer-turned-politician admitted that stepping away from the sport was the hardest decision of his life but it’s the resolution he’s made with himself as he takes a crack at the Philippines’ top executive position.

“Hanging my gloves is the hardest part of all my life, cause I grew up in boxing, so I understand that this is sports,” said Pacquiao in an AFP interview.

Pacquiao, often regarded as one of the greatest boxers of all time, is the only fighter to win World titles across seven and eight weight classes. 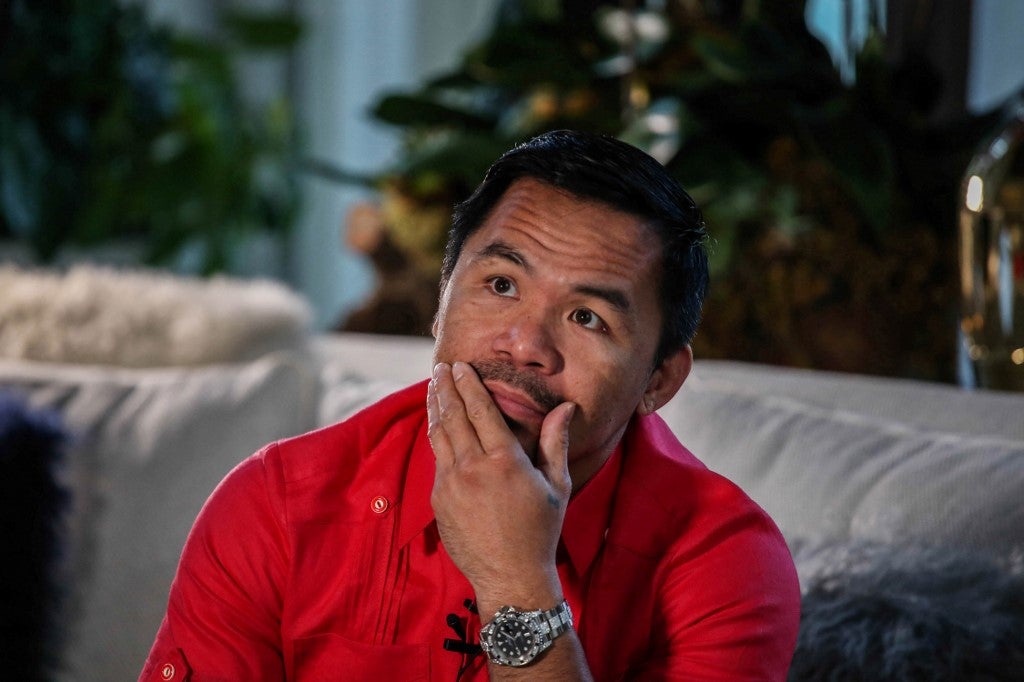 In this photo taken on November 11, 2021, Philippine Senator Manny Pacquiao gestures during an interview with AFP at his residence in Manila. –  (Photo by JAM STA ROSA / AFP) /

Starting as scrawny light flyweight, Pacquiao would win his first World title at flyweight before winning his heaviest one at super welterweight.

He has since retired after he lost to Yordenis Ugas in a bout for the WBA Welterweight Super title in August 2021.

Pacquiao, who was already a senator when he fought Ugas, then turned his focus to the presidential race as the standard bearer of the Probinsya Muna Development Initiative (PROMDI) party.