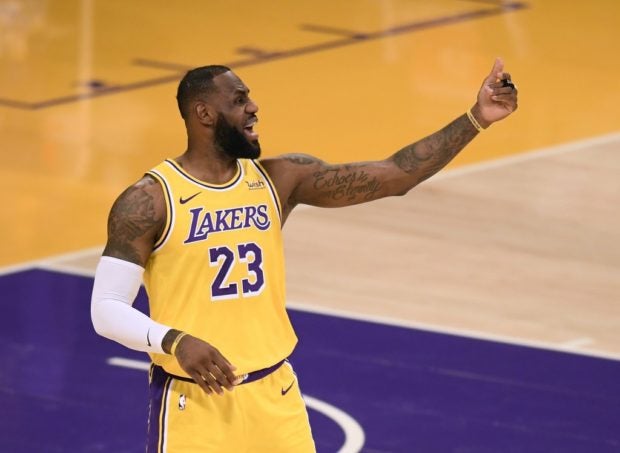 “James was originally placed in the Protocols on Tuesday, November 30 after a series of tests delivered conflicting results, including an initial positive test that was collected on November 29.

“Additional testing confirmed that he is not a positive case.”

James, who said in September he had been vaccinated against COVID-19, was ruled out of the Lakers clash with the Sacramento Kings on Tuesday, although at the time it wasn’t clear if he had tested positive, had an inconclusive test or had come into close contact with someone who had.

On Thursday, the league offered more insight into what triggered his placement in the safety protocols.

“In accordance with the protocols, and the consistent testing practice that has been in place since the 2019-20 Season Restart in Orlando, the sample that produced the initial positive test was re-run twice and returned one negative and one positive result on two different PCR instruments,” the NBA said.

“As a result, James underwent additional testing on November 30, with one test returning a negative result and a second test resulting in a clinically inconclusive result.”

Without him this season the Lakers are 4-7. Their next game is on Friday, when they have the hosts’ role at Staples Center against the team that shares the arena, the Los Angeles Clippers.