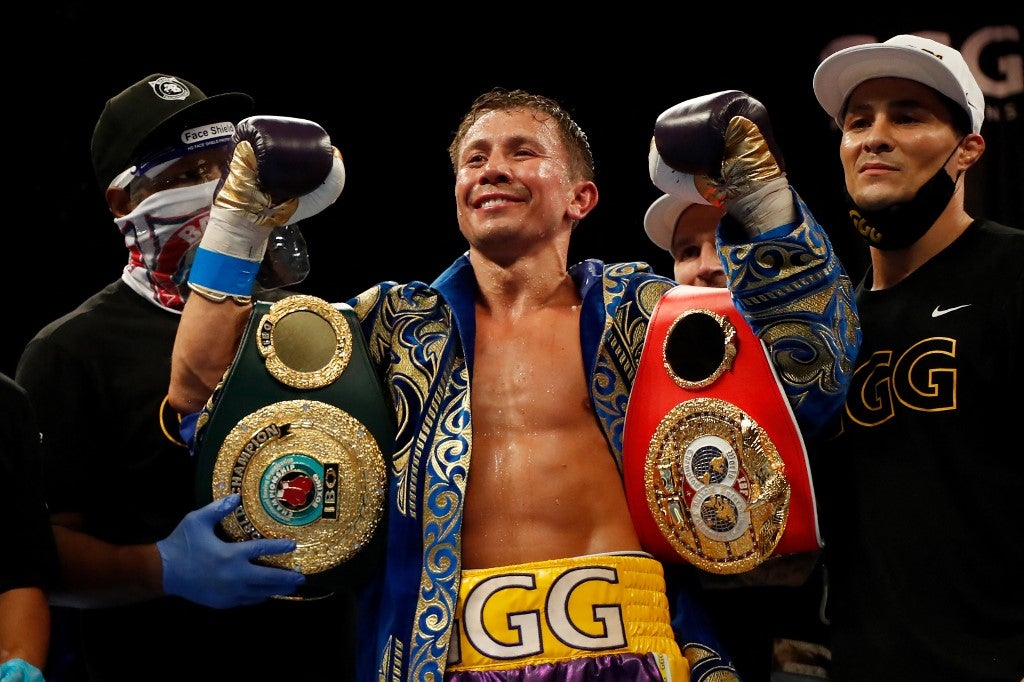 Gennady Golovkin’s world title fight against Ryota Murata in Japan was Friday postponed “to next spring,” over a ban on new foreign arrivals to the country prompted by the Omicron variant.

The hard-hitting Kazakh boxer was set to return to the ring after a year’s absence with a unification bout against Japanese WBA super-titlist Murata on December 29 in Saitama, north of Tokyo.

But promoters Teiken announced Friday that the fight would be moved to a yet-to-be-decided date next spring, with Golovkin and his team unable to enter Japan because of immigration rules.

IBF middleweight champion Golovkin, also known as “GGG”, tweeted that he was “deeply disappointed”, but “the health and safety of the public must always be the priority”.

“I look forward to returning to the ring against Ryota as soon as possible,” added the 39-year-old.

I am deeply disappointed that fight in Japan has been postponed but the health and safety of the public must always be the priority. I look forward to returning to the ring against Ryōta as soon as possible.

The Japanese government announced Monday that it would ban all new foreign arrivals because of the heavily mutated Omicron coronavirus variant.

On Thursday, figure skating chiefs announced that the sport’s Grand Prix Final would no longer go ahead as scheduled in Osaka next week.

“All concerned parties will sit down for discussions and keep a close eye on the infection situation, and look at a new date for the match,” said a statement on Teiken’s website.

The famously hard-punching Golovkin last fought in December last year when he stopped Kamil Szeremeta in the seventh round after knocking the Polish challenger down four times.

Golovkin, who has a 41-1-1 record, is currently training in Florida.

Murata (16-2), a gold medallist at the 2012 London Olympics, was set to return to action for the first time in two years.

The 35-year-old said when the fight was announced that he felt his “entire amateur and professional boxing career has been a preparation for this fight against Gennady Golovkin.”

Several international sporting events set to be held in Japan this year have been canceled or moved elsewhere, including Formula One’s Japanese Grand Prix and the FIFA Club World Cup.

Japanese boxer Naoya Inoue, the reigning WBA and IBF bantamweight champion, is set to take on Thailand’s Aran Dipaen in a world title fight in Tokyo on December 14.

That fight is expected to go ahead, with Dipaen and his team having arrived in Japan last week.

Japan’s borders have been almost entirely shut to new overseas visitors for most of the pandemic.