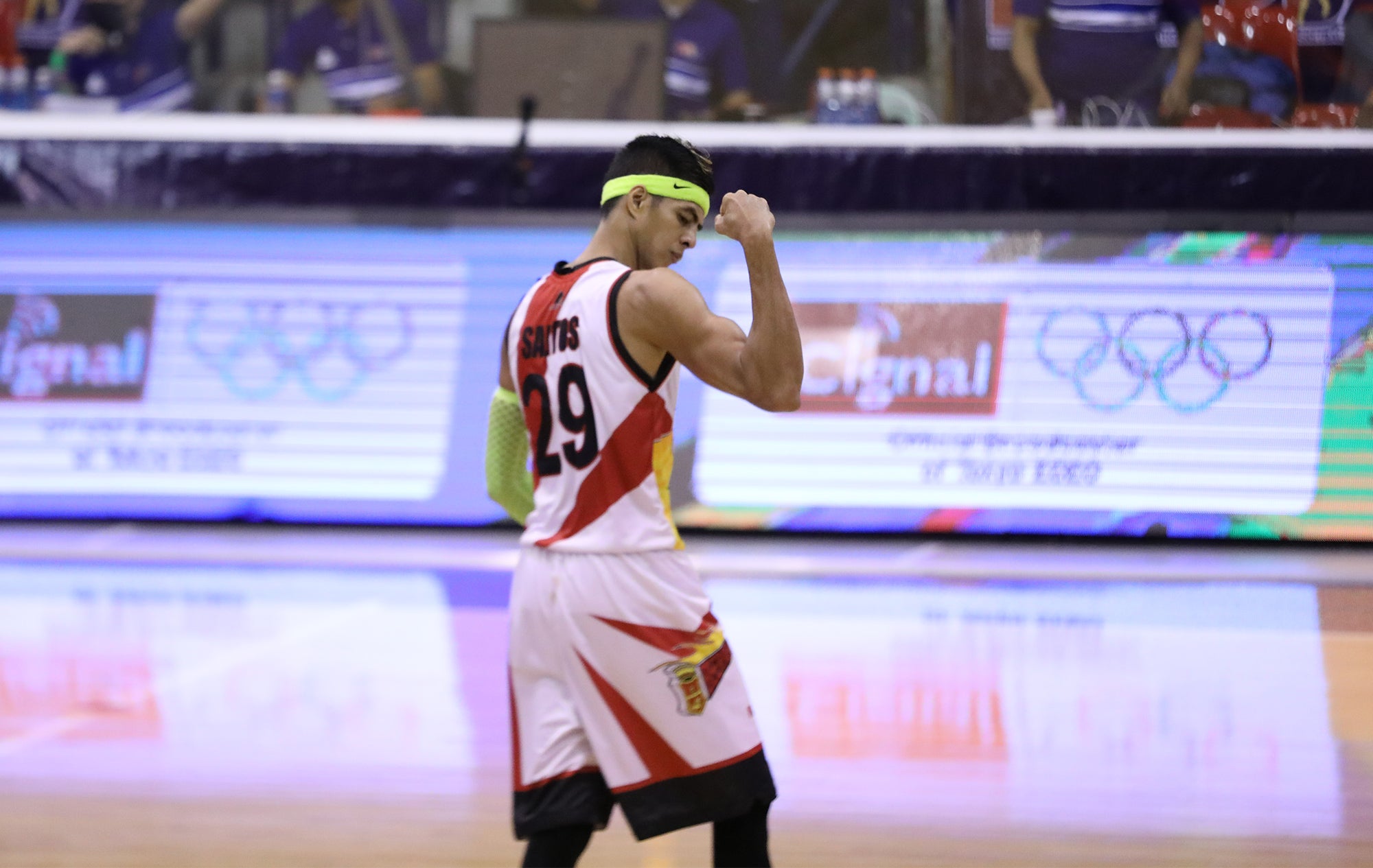 Arwind Santos will be shooting baskets for NorthPort starting with the PBA Governors’ Cup, hoping to lead the Batang Pier deeper than they have gone before. —PBA IMAGES

Pido Jarencio is usually thrilled whenever NorthPort prepares for a new conference, as it affords him and his Batang Pier a fresh chance to cash in on the lessons picked up in the prior campaign.

But there’s nothing quite like the excitement he has for the coming PBA Governors’ Cup.

“I’m excited for my team,” Jarencio shared over the phone on Sunday. “Truly excited, especially with this composition, I feel like we’re an even more balanced squad now.”

Much of that stems from the arrival of Arwind Santos, the former Most Valuable Player (MVP) and San Miguel Beer skipper who helped lead the Beermen to historic heights.

“I feel like getting Arwind is a blessing,” Jarencio said of Santos, whom the Batang Pier acquired in a one-for-one deal in exchange for Vic Manuel last month.

“He’s really a leader. He’s a winner, too,” he added. “What’s really great about him is that he’s a 40-year-old guy with a body of that of a 30-year-old. You could really see how disciplined he is when it comes to his body. His conditioning and his preparation is second to none.“

Not one to slow down

Santos hardly looked like a star in his twilight years during the previous All-Filipino for San Miguel. Despite his aging frame, he started in all of the San Miguel’s games, putting up an average of 12.3 points, 8.1 rebounds, 1.8 assists and 1.3 blocks—impressive numbers, considering how deep the Beermen’s lineup is.

Jarencio has no doubt that Santos will rub off on his younger teammates at NorthPort. And fans need not to look far for signs.

Robert Bolick, the club’s cornerstone, immediately posted a photo of him with the 2013 MVP as soon as he joined team practice.

“If you’re a winner, your attitude is different compared to most players. You also have a different approach on taking care of your body. He didn’t win nine titles and an MVP for nothing, right?” Jarencio said.

“For sure, he’ll bring a lot to this team. He’s already shaping up as the big brother to many players. You know, once that happens, it just goes to show that you’re setting a good example.” 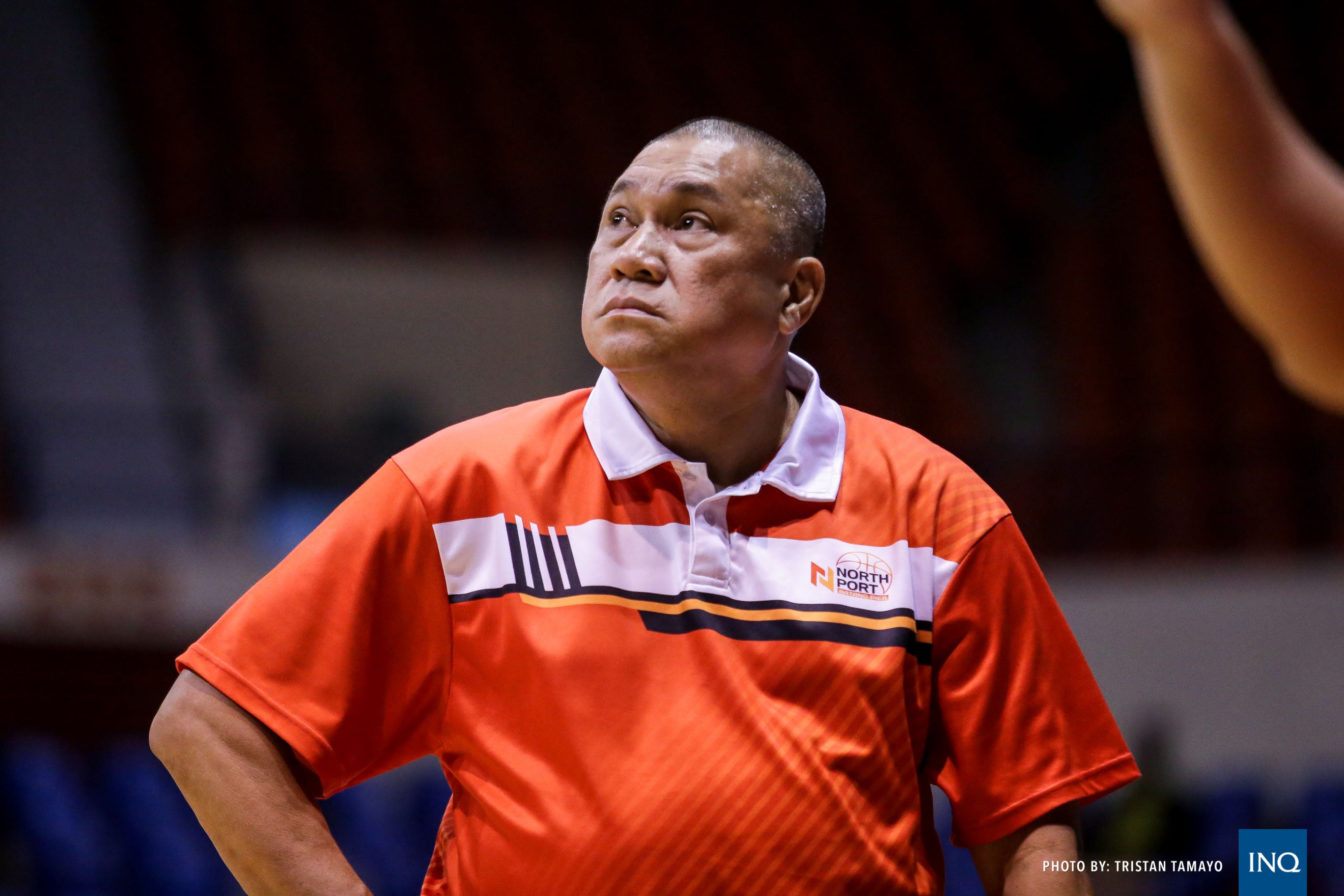 According to Jarencio, Santos’ presence paired with the addition of import Cameron Forte make the Batang Pier a formidable lot.

“He is not the flashy kind. He’s not the shooter that every team expects to produce eye-popping numbers,” he said.

“We were looking for someone who could complement Arwind and Greg (Slaughter). We picked [Forte] with the thought of someone that could work with the rest of the team.”

Aside from Forte, Santos, Bolick, together with high-leaping rookie Jamie Malonzo and the towering Greg Slaughter indeed make for an interesting starting unit.

But that remains to be seen. However, Jarencio is steadfast in the belief this lot can truly compete, and go deeper into the playoffs barring any “injuries and issues within the team.”

“At the same time, if we work together and stay on the same page, I think we’ll be more than OK,” he said.

The Batang Pier, after finishing No. 5 in the Philippine Cup eliminations, were swept by Santos and the Beermen in the best-of-three quarterfinals, reminiscent of their last encounter during the 2018 Commissioner’s Cup.

“We’re looking at the playoffs and if we’re fortunate, we’ll set our sights on the next target,” Jarencio said.