Stephen Curry #30 of the Golden State Warriors celebrates after making a three point basket to break Ray Allen’s record for the most all-time as Alec Burks #18 of the New York Knicks looks o during their game at Madison Square Garden on December 14, 2021. Al Bello/Getty Images/AFP

After Golden State Warriors star Stephen Curry broke the record for career three-pointers in the NBA, here’s a look at five other key individual marks that — for now — remain unreachable in the league: In this March 2, 1962 file photo, Wilt Chamberlain of the Philadelphia Warriors holds a sign reading “100” in the dressing room in Hershey, Pa., after he scored 100 points during a game against the New York Knickerbockers. AP

NBA great Wilt Chamberlain scored an astounding 100 points in a single game on March 2, 1962, when his Philadelphia Warriors beat the New York Knicks 169-147.

Chamberlain, who retired from the NBA in 1973, also remains the all-time leading rebounder with 23,924 rebounds. Kareem Abdul-Jabbar, the legendary Bucks and Lakers star, accumulated a total of 38,387 points in a career spanning two decades, the most for any NBA player.

Former Utah Jazz talisman Karl Malone is next on the all-time list with 36,928, with current Lakers superstar LeBron James chasing both at 35,787. Russell Westbrook broke another once apparently indestructible record in May, when he bested Oscar Robertson’s record for career triple-doubles, which had stood since 1974.

Playing for the Washington Wizards, Westbrook notched career triple-double number 182 on May 10 to supplant Robertson.

Bill Russell, Lord of the Rings 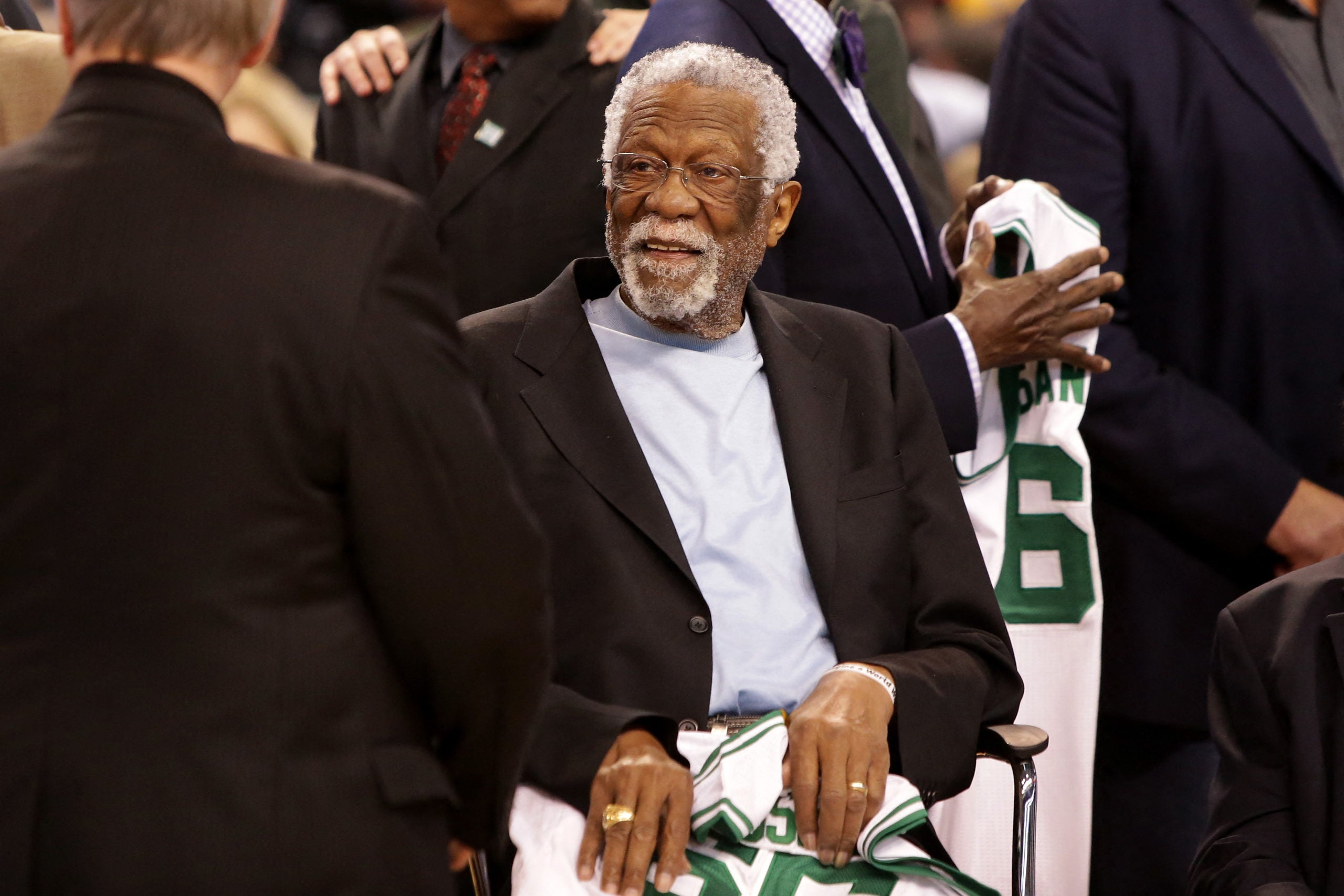 FILE– Member of the Boston Celtics 1966 Championship team Bill Russell is honored at halftime of the game between the Boston Celtics and the Miami Heat at TD Garden on April 13, 2016 in Boston, Massachusetts. Mike Lawrie/Getty Images/AFP

Bill Russell, the legendary Boston Celtics center, owns more championship rings, 11, than he can wear on both hands, something that greats including Michael Jordan (6) and Kobe Bryant (5) couldn’t approach. Jordan, still considered by many the greatest NBA player in history, retired in 2003 with an average of 30.1 points per game, the best in history.

Chamberlain follows him with 30.07 points while two active players are in the top six: Brooklyn’s Kevin Durant with 27.10 and LeBron James with 27.00.