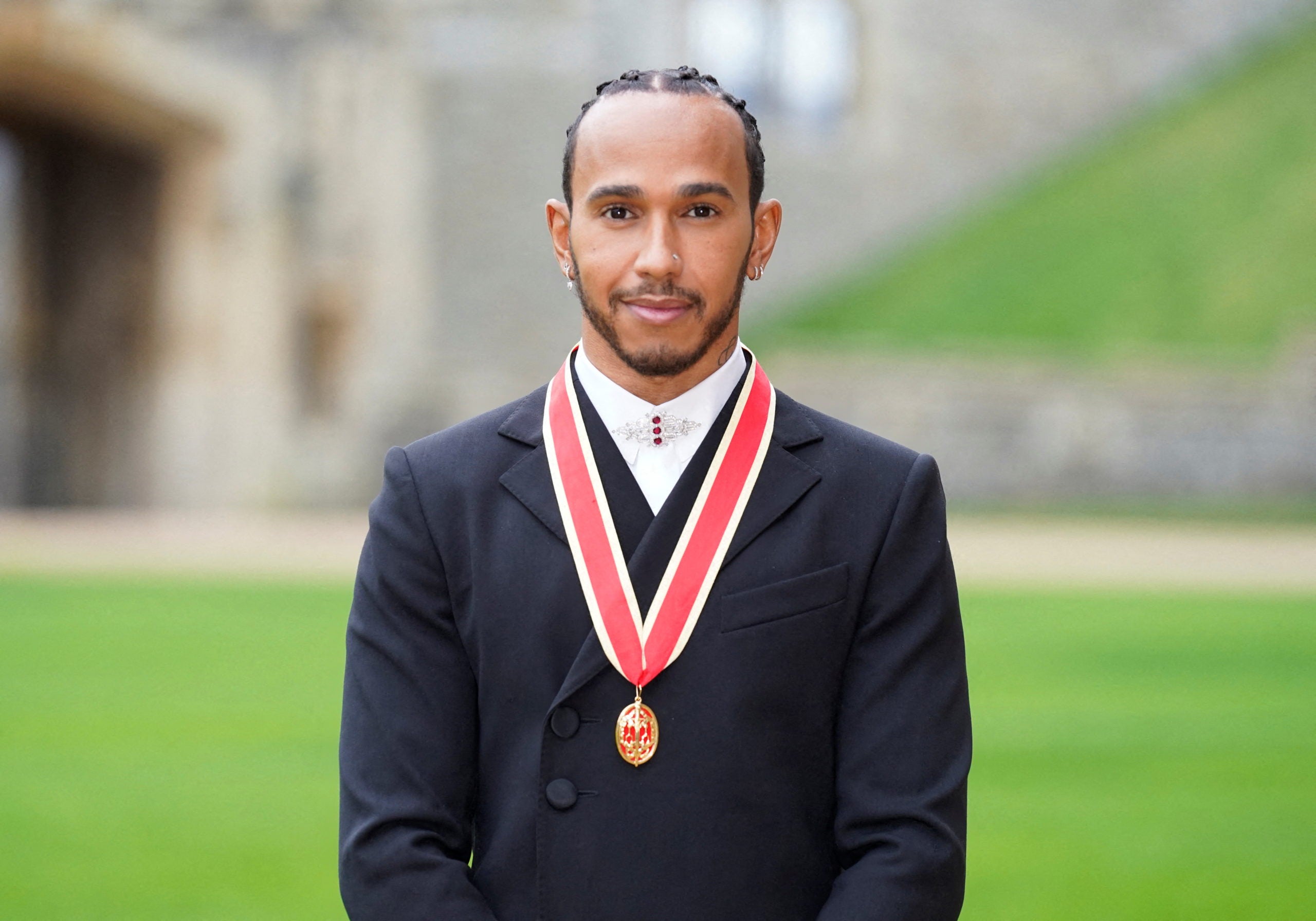 Lewis Hamilton poses for a photo after he was made a Knight Bachelor by Britain’s Charles, Prince of Wales, during an investiture ceremony at Windsor Castle in Windsor, Britain, December 15, 2021. Andrew Matthews/Pool via REUTERS

Britain’s seven-time Formula One champion Lewis Hamilton received a knighthood for services to motorsport on Wednesday, days after losing out on what would have been a record eighth title in the last lap of the Abu Dhabi Grand Prix.

Hamilton holds the record for most race wins with 103, and is tied with Germany’s Michael Schumacher on seven drivers’ championships.

The 36-year-old Briton, the sport’s only Black driver, was made a Knight Bachelor by Prince Charles in a ceremony at Windsor Castle, outside London.

Hamilton is the fourth Formula One driver to receive the honorary title of “Sir” in Britain after the Australian Jack Brabham, Stirling Moss and Jackie Stewart, and the only one to have received the award while still racing.

The seven-time @F1 World Champion received his Knighthood from The Prince of Wales at today's Investiture ceremony held at Windsor Castle. pic.twitter.com/I3xicKLLYp

Hamilton has championed the Black Lives Matter cause, and this year wore a rainbow-colored Progress Pride helmet at the last three races in Qatar, Saudi Arabia and Abu Dhabi to show his support to the LGBTQ+ community.

“Lewis Hamilton continuously uses his platform to advocate for social change, and is so deserving of this honor.”