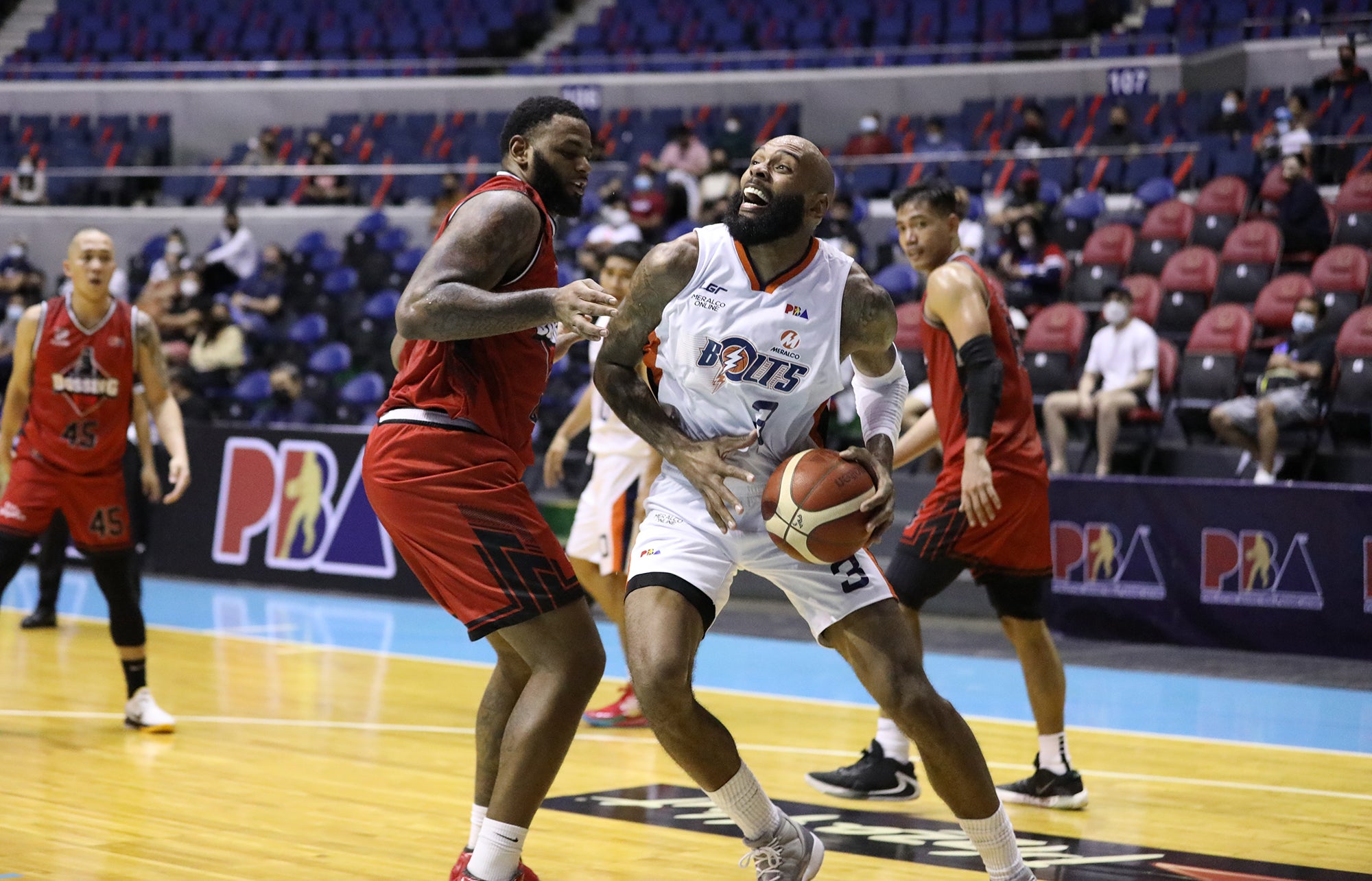 There’s a new-item feel to the Philippine Basketball Association Governors’ Cup. Imports are playing. Fans are in the stands.

If there’s anything that will have observers mistake this current tournament for the Philippine Cup, where games were played in a bio-secure environment, it will be the health protocols. Masks, vaccination cards and distanced seating at Smart Araneta Coliseum.

Ranged against a stingy defense put up by the Meralco Bolts, the Bossing were once again tossed aside, 98-77, extending their league record losing streak to 22 games.

Later, Rey Nambatac had critical contributions on both ends and keyed a 90-88 Rain or Shine win over Phoenix as the Elasto Painters tied their victims at 2-1.

“Our defense really held up from start to finish,” said Meralco coach Norman Black after Thursday night’s game. “It’s a good start for us [and] it’s something we can build on going into our future games.”

But was the Bolts defense really spectacular? Or was it, well, Blackwater?

Meralco certainly had a hand at fattening Blackwater’s average margin of defeat this conference, with Tony Bishop Jr. turning in 28 points, 13 rebounds, three blocks and a pair of steals to anchor the 21-point rout.

“It’s exactly what we really hoped for—what we wanted,” said Black, who also got solid contributions from his local crew led by Nard Pinto. Black knows it’s too early to give a thorough assessment of his reinforcement as this is only Meralco’s first game back, but he feels that the Panamanian standout—a late replacement behind two choices—is just enough for his team’s mission this tournament.

Pinto finished with 18 points, 11 of which coming in the second period that greased Meralco’s breakaway. Chris Newsome added 11 while Raymond Almazan chipped in 10 as they took turns in the second half to add to Blackwater’s woes.

“I thought the combination of Nards and Anjo Caram coming off the bench defensively was a difference-maker and changed the momentum of the game as soon as they entered in the first quarter,” said Black.

Rashawn McCarthy, a key acquisition in the offseason by a franchise looking to put their troubles behind, finished with 19 points , while import Jaylen Bond pumped in 18 in the losing stand.

And as if to underscore the stink the Bossing’s offense bore, no other player finished in double figures for Blackwater.