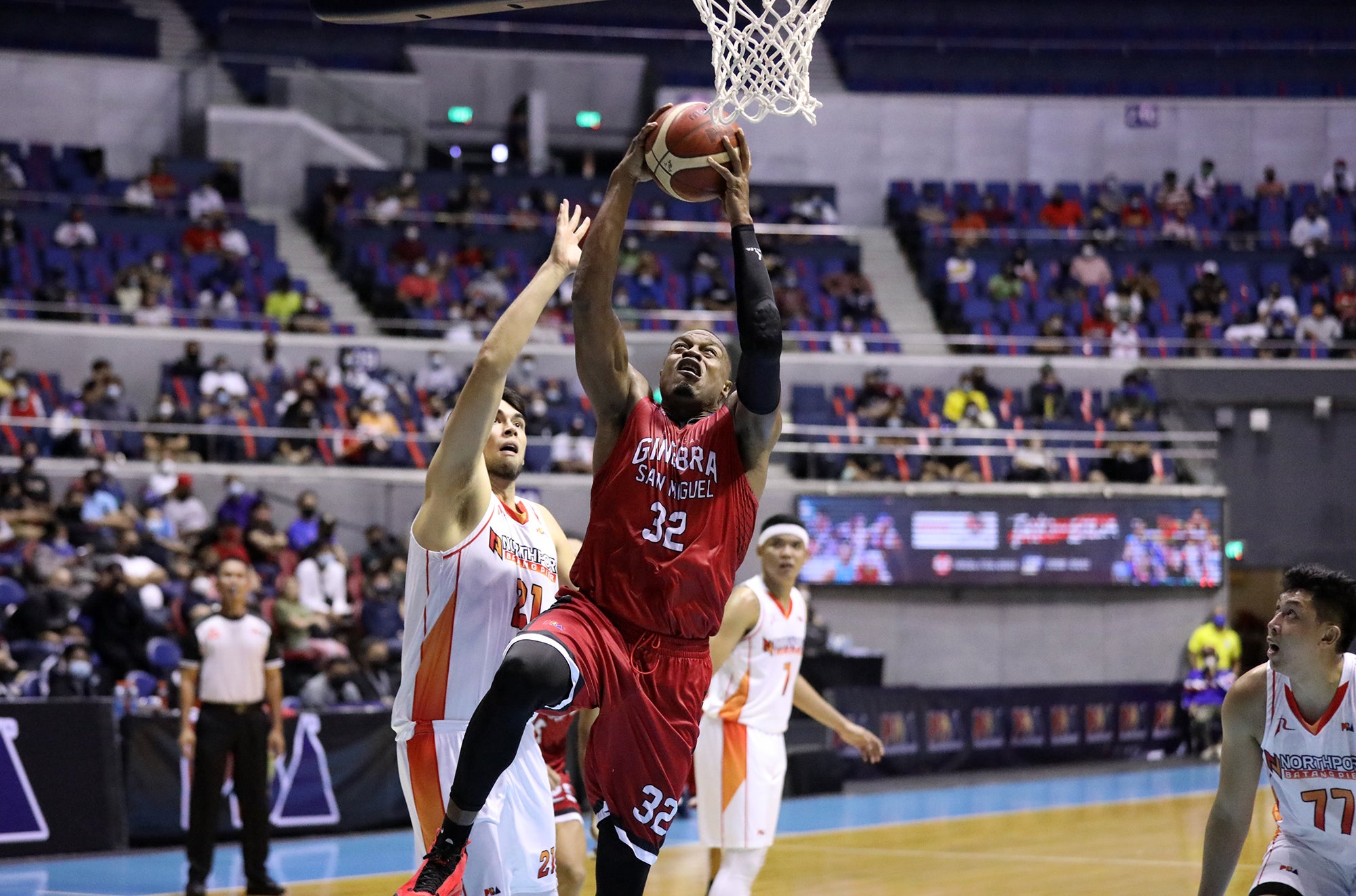 The Gin Kings improved to a 2-0 record to claim second spot in the standings and in the process sent the Cameron Forte-less Batang Pier to a league-worst 0-4 card.

Wasting no time in asserting its dominance, Ginebra took a 27-14 lead at the end of the first and used that as the foundation of its torrid offense.

As the Batang Pier struggled to get to within reasonable distance, the Gin Kings continued to pour on the shots as Japeth Aguilar’s three-point play capped off a 7-0 run for the 92-68 lead with 6:50 to play.

A huge part of Ginebra’s aggression was its front court of Aguilar, Christian Standhardinger, and Justin Brownlee as the three meshed flawlessly on both ends of the floor.

“Christian brings a lot of intelligence to our team and he finds Justin in the right spots,” said Ginebra head coach Tim Cone. “Those three blended well on the defensive and offensive sides.”

“We’re also asking Japeth to guard smaller guys in the perimeter and be our help guy so it’s a huge adjustment for him because that’s the only way we can play him and Christian together.”

Brownlee was his usual self, putting up 28 points, nine rebounds, and six assists while Japeth Aguilar had 11 points, six rebounds, and two blocks.

Standhardinger had eight points, six rebounds, and eight assists as Arvin Tolentino put up a career-high 16 points on 6-of-12 shooting.