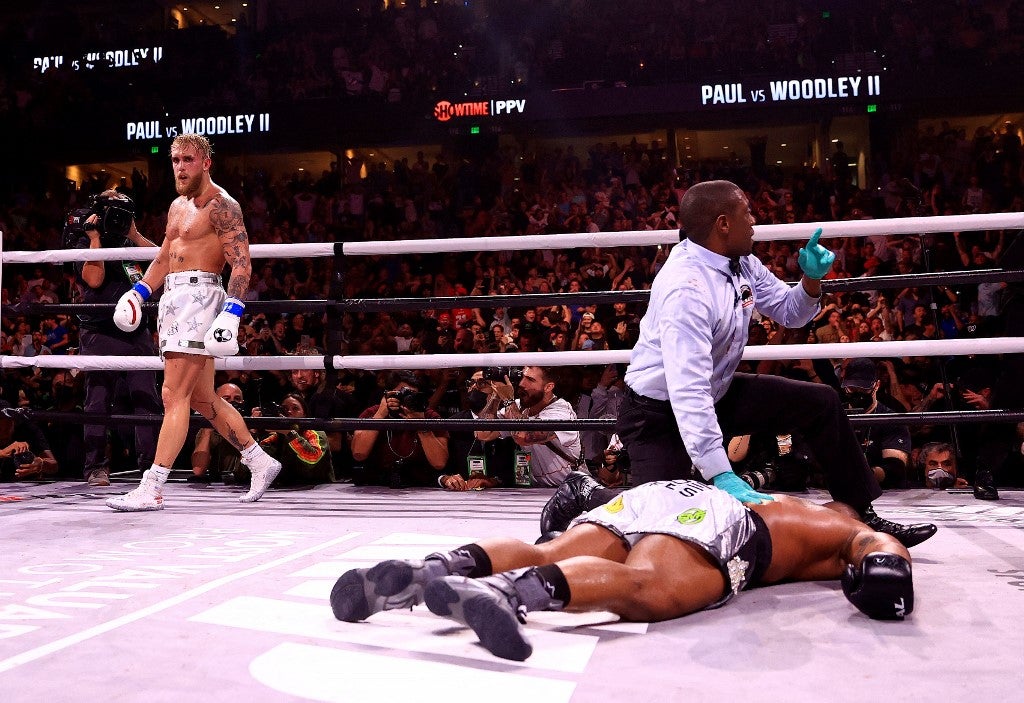 Youtuber-turned-boxer Jake Paul extended his perfect record after sending Tyron Woodley face-first into the canvas with a vicious knockout blow in the sixth round at the Amalie Arena in Tampa, Florida on Saturday.

In a largely uneventful bout, the first five rounds saw little significant action or quality with fans booing the lackluster display, until Paul delivered a right hand blow that knocked Woodley out cold.

WHAT A SHOT. @jakepaul KOs Woodley in round 6 😳#PaulWoodley pic.twitter.com/oTV3xeNtfg

Paul, 24, beat former UFC champion Woodley for the second time in four months, after his split-decision victory in August, and improved his professional boxing record to 5-0.

The 39-year-old Woodley replaced Paul’s scheduled opponent Tommy Fury, half-brother of heavyweight champion Tyson, after the Briton dropped out earlier this month with a broken rib and chest infection.

“This guy is a legend and respect him for taking the fight on two weeks’ notice,” Paul said in an expletive-laden interview where he called out Fury for withdrawing from the match.

“It was a tough fight. I had blood in my eyes. I had the job done. I was setting the punch up the whole fight. He didn’t see it coming. Like a lumberjack, timber. It’s got to be the moment of my life.”