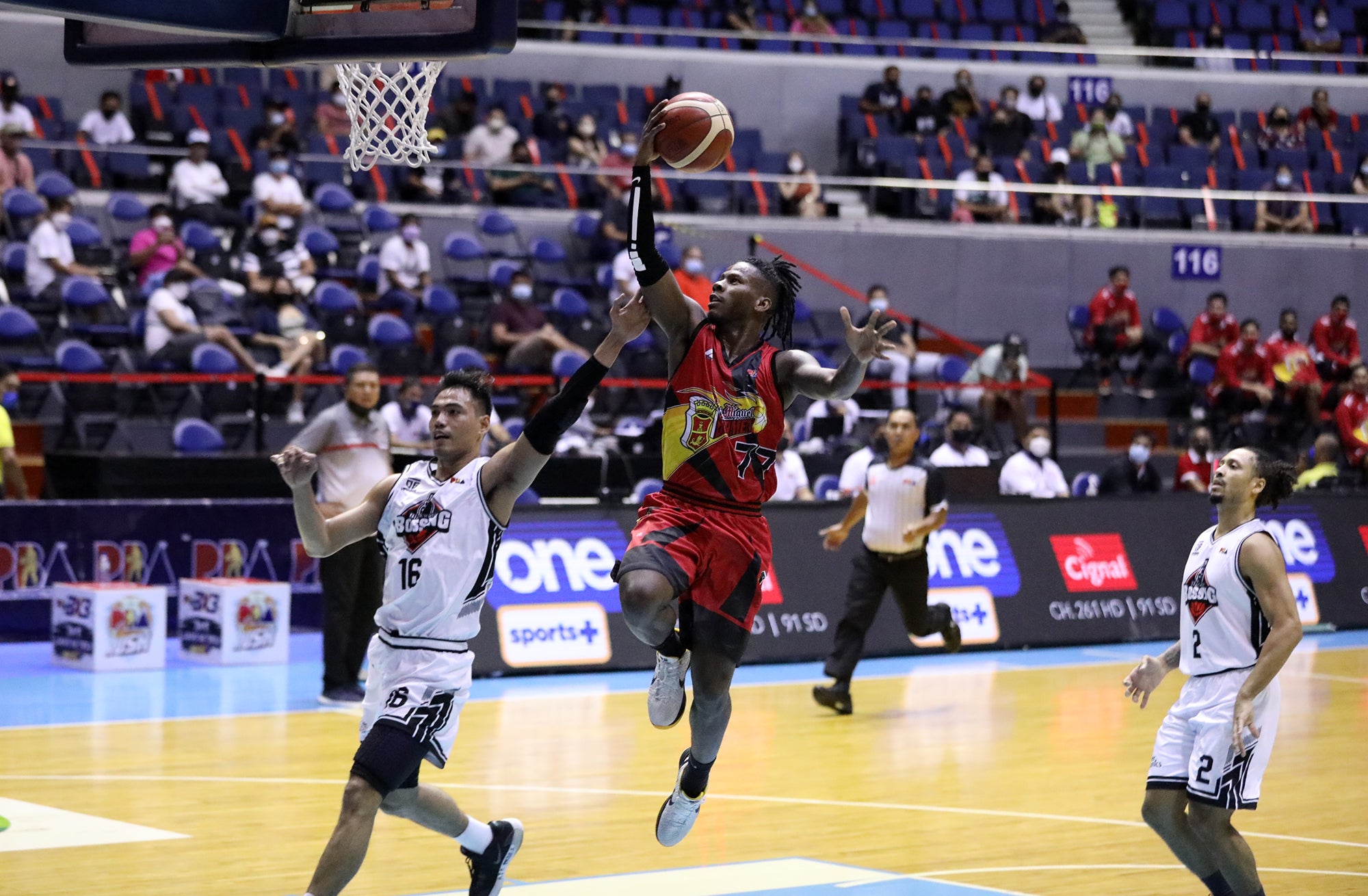 It was the most ideal start that Blackwater could have hoped for under new coach Ariel Vanguardia in the PBA Governors’ Cup.

The Bossing struck hard at Rain or Shine’s Elasto Painters, pinning them behind double-digit spreads early. And when Rain or Shine fought back, scoring 12 straight points in the second period, Blackwater gathered enough resolve to take a 41-35 lead at the break.

Then the third period came and Rain or Shine unloaded 14 straight points on the way to a 13-point lead entering the fourth. The Painters led by as many as 20 in the fourth before settling for a 92-79 victory.

The Bossing have played three games since their opening loss in the import-laced conference. Despite a back-and-forth first quarter that ended tied at 16 against Meralco in one of those games, Blackwater had led for just about six minutes and 45 seconds combined in those three matches.

That’s 6:45 out of a total of 144 minutes played. In those three matches combined, Blackwater has been in the lead for less than 5 percent of the time.

It has dropped all four of its matches in the season-ending tournament by an average of 16 points per game.

Surely, Blackwater isn’t alone in its miseries in the conference. NorthPort has also lost all its four outings thus far in the Governors’ Cup. And statistically, it is doing slightly better than NorthPort—the caveat being NorthPort has been shooting horribly this conference, being the only team straddling the 50-30-20 (free throw/field goal/three-point FG) percentage split so far.

But the Batang Pier have the luxury of not being scrutinized through the lens of history. Largely due to their winless Philippine Cup campaign, the Bossing have constructed a record losing streak that they have ran to 23 games thus far.

Blackwater tries to avoid a 24th straight loss when it faces yet another squad still trying to gain some footing in the conference. The Bossing take on Alaska (2-2) at 3 p.m. at Smart Araneta Coliseum hoping to prove they are more than just a playdate that squads can milk a win from.

The Aces, after all, are attainable conquests with their hypothermic shooting so far. Blackwater and Alaska rank in the bottom two spots in point production, but the Aces have held opponents to 85 points per game, the same number of points they have averaged on offense.

Blackwater has averaged 85.8 points per game, but has surrendered close to 102 points a night.

The Bossing’s struggles are expected to grab a lot of the spotlight on Wednesday when Meralco tries to build on its win against Blackwater when it takes on dangerous TNT in the second game.

Alaska, meanwhile, will have extra motivation against Blackwater, roughly the same one San Miguel Beer had when it crushed the Bossing, 107-88, last Saturday.

“It’s a good thing the players realized the importance of our last two games, especially tonight because we do not want to be a victim of Blackwater,” said Beermen coach Leo Austria, hinting that teams could be avoiding being the final stop of the Bossing’s record spiral.