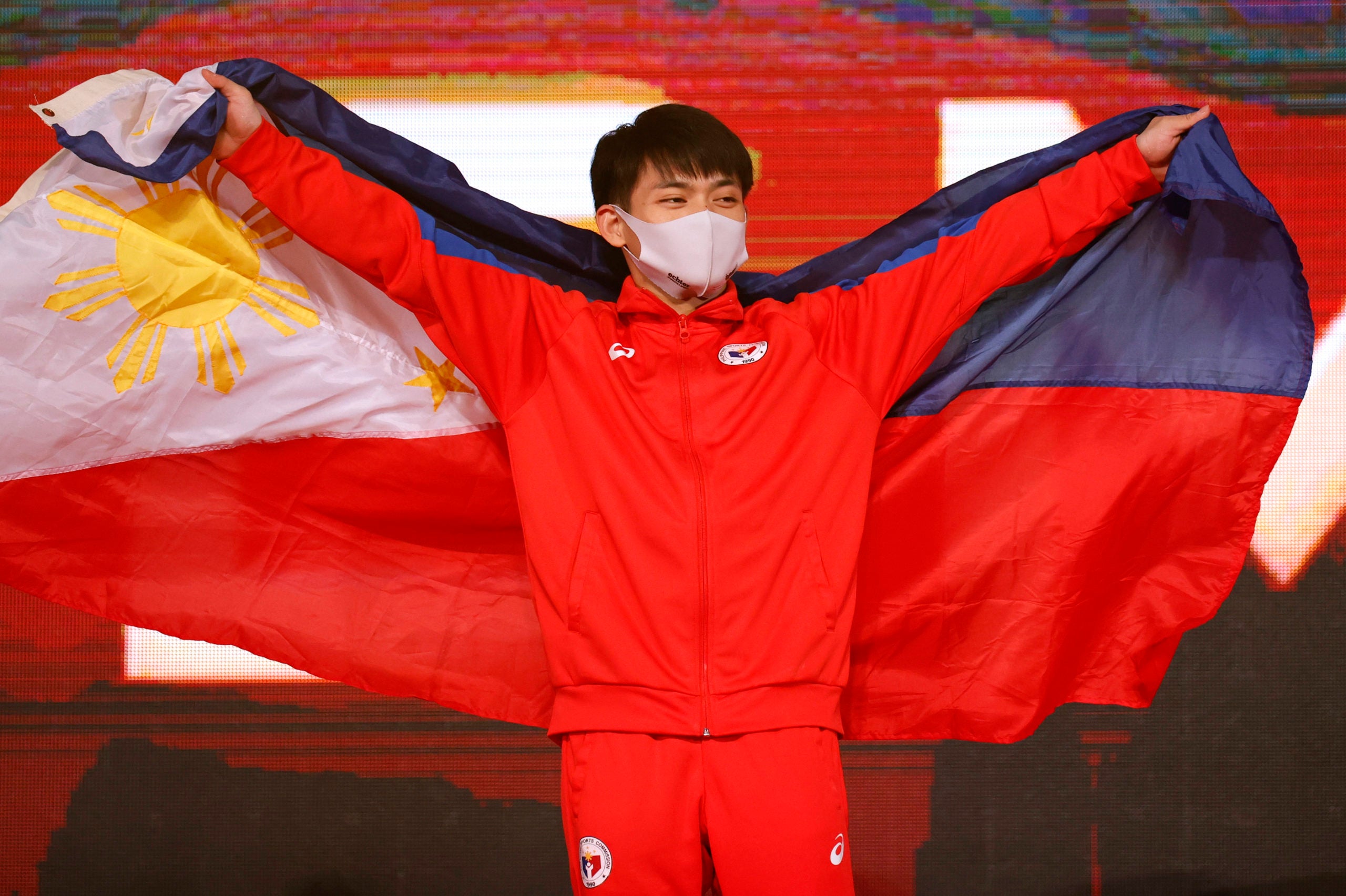 Carlos Yulo became a world champion for a second time after his victory last October. AFP

The Philippine Sports Commission (PSC) has accomplished its mission as the country completed its “magical, golden year,” according to Chair Butch Ramirez.

He said the fruits of its elite and grassroots efforts—bankrolled by its P600 million national sports development fund—have been realized after the country won its first ever Olympic gold medal in Tokyo.

“We have all been a significant part of historic feats in Philippine sports,” said Ramirez during the PSC Hour aired over the agency’s social media platforms. “Together we have witnessed this golden year in Philippines in the magical Tokyo Olympics.”

Apart from Hidilyn Diaz’s phenomenal golden performance in the Olympics, the country also won several world championships including that of another Olympian, Carlos Edriel Yulo, in gymnastics.

Aside from funding the national athletes’ training and performance here and abroad, the government sporting arm also makes sure the country’s participation runs smoothly in the Southeast Asian Games, Asian Games and the Olympics.

“Inspired by all the Philippine sports stakeholders, we have succeeded in our target in 2021,” said Ramirez, whose board also include commissioners Ramon Fernandez, Celia Kiram, Arnold Agustin and Charles Maxey.

Just before the year ended, the PSC has also extended help to some 134 national athletes and 40 coaches from 31 sports who were directly affected by the recent Typhoon “Odette” in Visayas and Mindanao.

They were given P15,000 each to help recover from the devastation. “It’s not much but at least it could help our athletes and their families rebuild,” said a PSC statement.

The PSC had recently approved P2 million financial assistance to the general public who were victims of the calamity. The relief efforts will be coursed through Private Schools Athletic Association president Fr. Vic Uy.