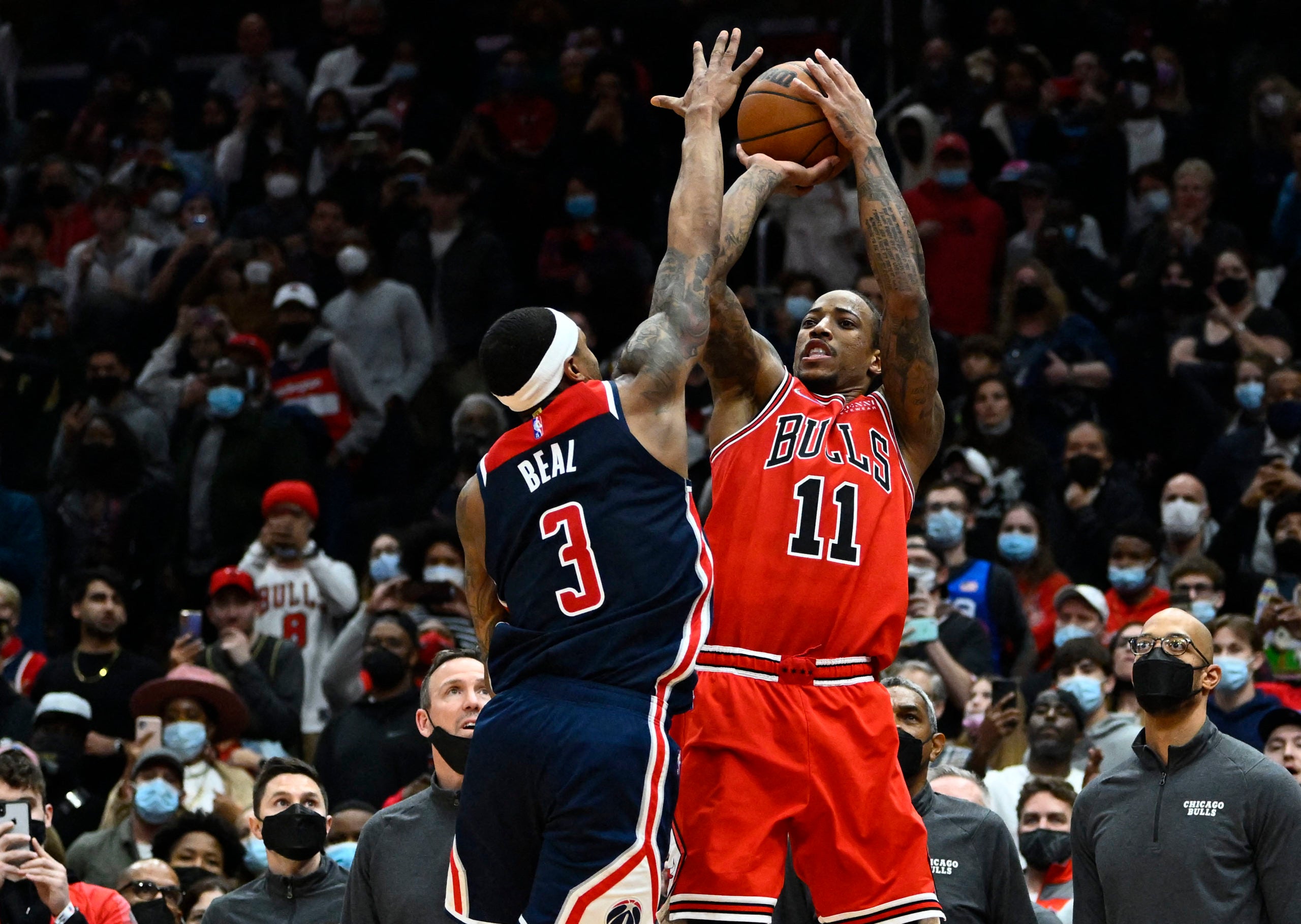 DeMar DeRozan on Saturday made it two game-winning, buzzer-beating 3-pointers in as many nights for the Chicago Bulls, prompting Zach LaVine to say, “Thank God we have DeMar DeRozan on our team.”

To be sure, DeRozan’s heroics have highlighted the two most recent victories in Chicago’s seven-game winning streak, but a hustling, team-first style continues to be the bedrock for the Bulls as they host the slumping Orlando Magic on Monday night.

LaVine and DeRozan laid the foundation during offseason workouts after the Bulls signed DeRozan.

“The chemistry came really, really fast and really easy,” LaVine said. “We don’t have any egos. Regardless of who has it going that night or who has it going in a quarter, we’ll both come together and look for other guys and get them involved throughout the game and just try to figure out how to win the game. That’s been the first and foremost thing that has helped this team.”

Coby White is averaging 16.4 points on 46.7 percent shooting in his past five games, all starts.

Meanwhile, DeRozan is averaging a team-high 26.8 points per game, slightly ahead of LaVine’s 26.3.

Chicago enters the opener of an abbreviated, two-game homestand on the franchise’s longest winning streak since Dec. 18-29, 2014.

Orlando has lost five in a row after falling 116-111 in overtime against the host Boston Celtics on Sunday night. Boston’s Jaylen Brown torched the Magic for a career-high 50 points to help the Celtics rally from a late 14-point deficit to force the extra session.

Wendell Carter Jr. tallied a double-double of 15 points and 16 rebounds for the Magic.

Still, Orlando welcomed a number of contributors back to its rotation. Mo Bamba and Hassani Gravett, who missed eight and one game, respectively, due to the NBA’s health and safety protocol for COVID-19, returned against the Celtics. Robin Lopez, a former Bull, still is in protocols.

The Bulls rolled past the host Magic 123-88 on Nov. 26 in the first of four meetings this season.

Chicago leads the all-time series 62-53, playing 11 games above .500 at home and two games under on the road. The teams are set to meet in Orlando on Jan. 23 before closing the regular-season series in Chicago on Feb. 1.

Bulls coach Billy Donovan and guard Lonzo Ball may return from health and safety protocol Monday. Donovan on Saturday spoke with the team via Zoom.