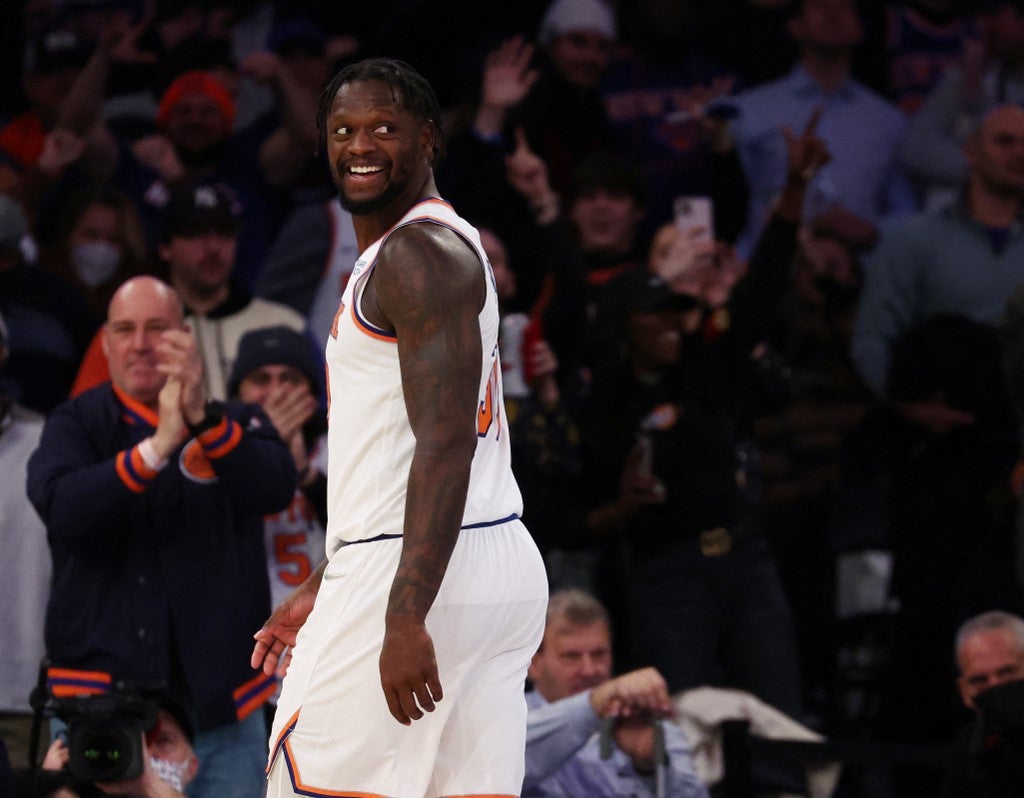 Julius Randle #30 of the New York Knicks reacts after making a shot against the Indiana Pacers during their game at Madison Square Garden on January 04, 2022 in New York City. Al Bello/Getty Images/AFP

Julius Randle returned from the COVID-19 list to post a double-double — 30 points and 16 rebounds — and RJ Barrett scored 32 points as the host New York Knicks fended off the Indiana Pacers to earn a 104-94 win Tuesday night.

Barrett scored 19 points in the first quarter for the Knicks, who snapped a two-game losing streak. Alec Burks added 14 points and Immanuel Quickley tallied 11 points off the bench.

Keifer Sykes, a 28-year-old rookie who had just 12 points total in his first three NBA games, scored 22 for the depleted Pacers, who lost their fifth straight. Indiana has seven players in COVID-19 protocols, including three of its top five scorers in Malcolm Brogdon, Caris LeVert and Chris Duarte.

Sykes hit a trio of 3-pointers to stake the Pacers to an 18-10 lead, but Barrett scored 10 straight points during a 16-0 run by the Knicks, who carried a 32-25 lead into the second quarter.

Sabonis opened the second half with a tie-breaking layup and Randle responded with a 3-pointer, after which the teams were tied five times — the last on Oshae Brissett’s dunk with 4:31 left.

Justin Anderson started the fourth by scoring five unanswered points for the Pacers, who again twice closed within a point but could not take the lead.

Lance Stephenson was whistled for an offensive foul with Indiana down 88-87, after which Burks hit a 17-footer. The teams combined to miss their next six shots before Randle’s 19-footer gave the Knicks a 97-93 lead.

The Pacers answered with three straight free throws, but Barrett sank a jumper to begin a stretch in which the Knicks put the game away by hitting four of five shots.