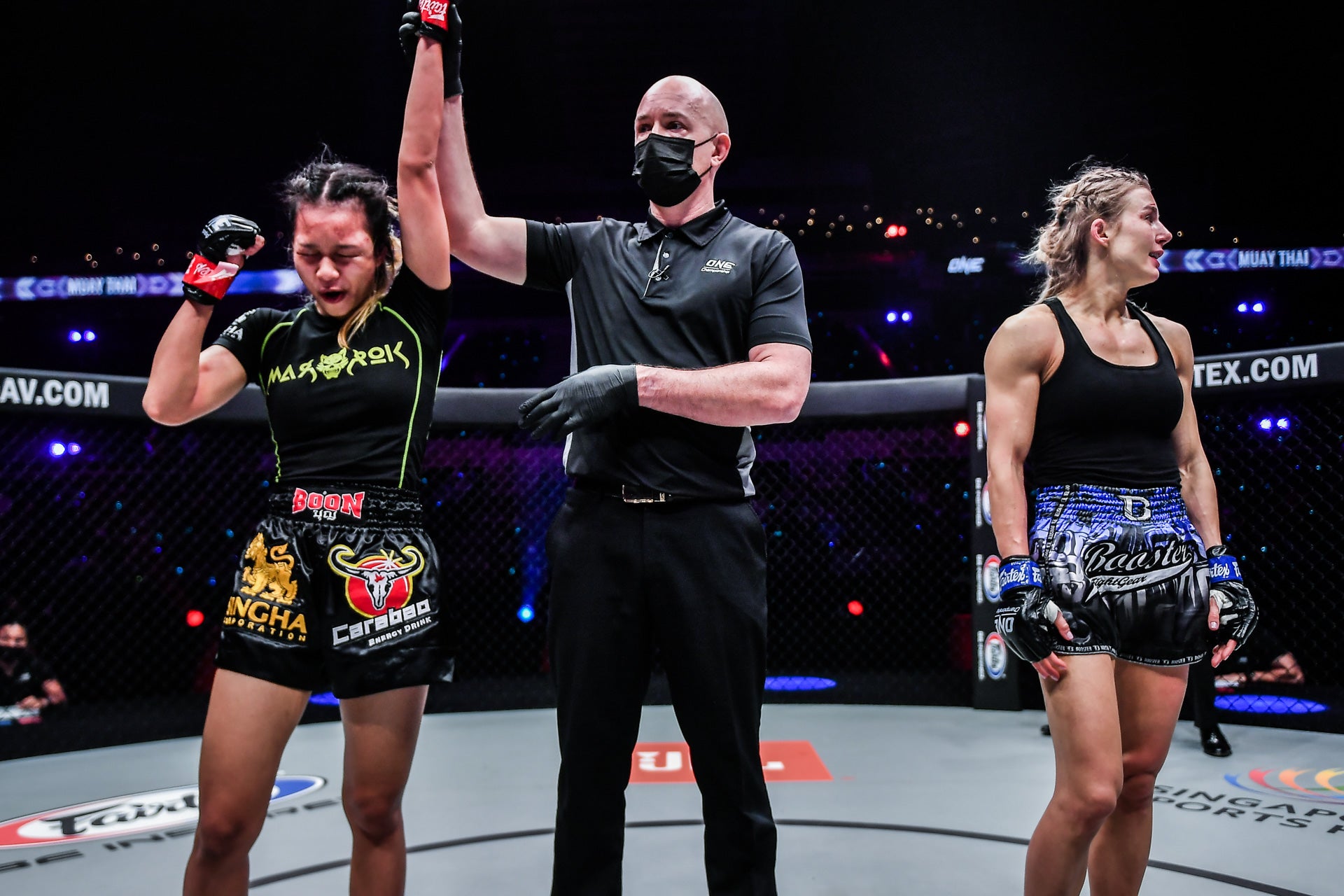 Supegirl wins over Ekaterina Vandaryeva in ONE: Heavy Hitters. ONE CHAMPIONSHIP PHOTO

MANILA, Philippines—ONE Championship will no longer review the finish of controversial fight results after it disbanded its competition committee.

As per reports, the promotion decided to scrap its review body just days after ONE: Heavy Hitters wherein Ekaterina Vandaryeva suffered a controversial split decision loss to Supergirl in their strawweight Muay Thai bout.

ONE Championship CEO Chatri Sityodtong strongly criticized the decision as he awarded Vandaryeva with a $50,000 performance bonus after the January 14 card at Singapore Indoor Stadium.

“Ekaterina easily won that fight, it was not even close,” said Sityodtong in a post-fight press conference. “I just don’t know what the judges were seeing, what they were judging. She was one punch, one kick away from finishing Supergirl.”

“I was super impressed. I just don’t see how she lost that fight, but I’m not a judge. We try to work with the best judges, but I know Muay Thai, and Ekaterina won that fight.”

Sityodtong eventually called for an immediate rematch between Vandaryeva and Supergirl.

The ending between Vandaryeva and Supergirl was the third of controversial finishes with two happening in 2021.

ONE’s Championship Committee—which is made up of 14 internal and external officials, experts, former fighters, and judges—decided to uphold the initial decisions on Ham and Ok’s victories.