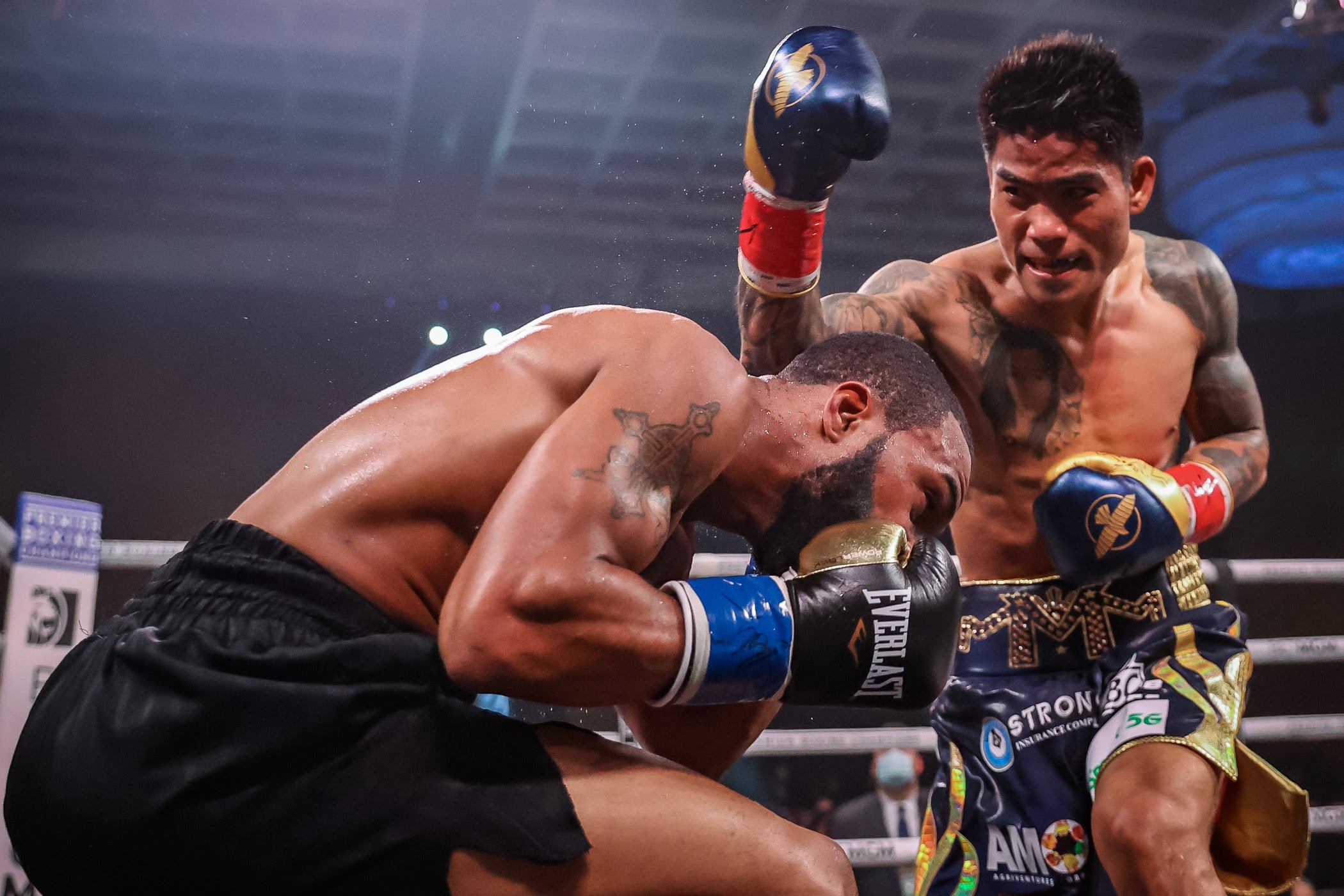 Magsayo, who was the aggressor for much of the fight, utilized his jab and counterpunching to great effect and had Russell hurt in the third.

Russell eventually felt the effects of his bum right shoulder as he threw just one jab in the fifth and ultimately abandoned his off-hand starting in the sixth.

Despite Russell nursing an injured right shoulder, a torn tendon which the American said he sustained two weeks before the fight, it took Magsayo until the 10th to get back to his jab and take advantage of the situation.

Magsayo landed a crisp left hook near the end of the 10th and connected with another early in the 11th as Russell displayed his heart fighting with just one hand.

The Filipino’s victory ended Russell’s reign of six years and 10 months, which was the longest active championship rule prior to the match.