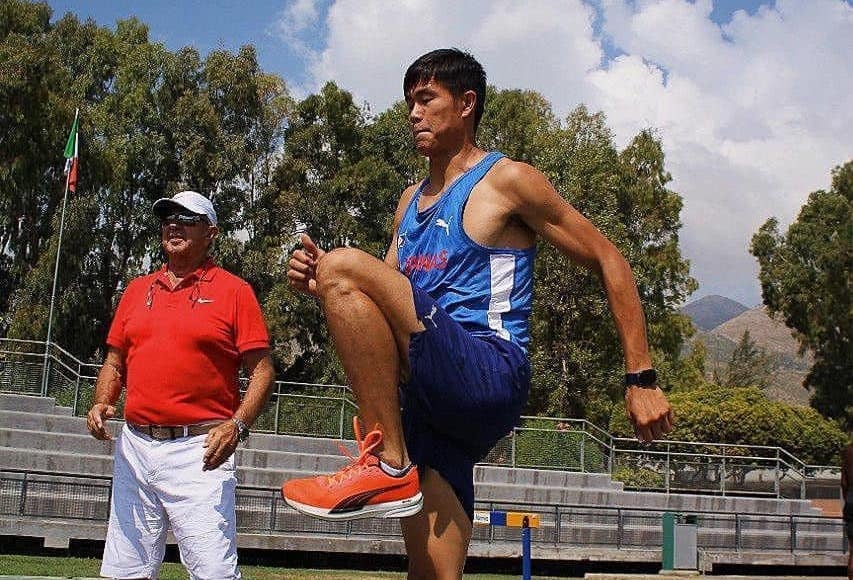 In a post on Facebook, the legendary trainer also said that in the seven years he has coached Obiena not once did Juico help him in his job.

“From the 7 years of work that I have done with Ej, I have never heard PATAFA or Mr. Philip Juico ask me what they can do to help me develop Ej,” wrote Petrov.

“I am a coach who have trained and prepared multiple World champions, Olympic champions, record holders, and had 30 world records under my 57 years of coaching pole vault. Never have I been scorned by any federation of any nation that I have worked with. Now Patafa and Mr. Philip Juico, who has never done anything to help me, drops me as a coach and remove my athlete that has a great future in this sport.”

Patafa and Obeina have been feuding since November last year after the national sports association accused the Olympic pole vaulter of falsifying liquidation reports.

This long feud has resulted in Patafa dropping Obiena and Petrov from its national team roster. EJ Obiena (left) and Vitaly Petrov (right) go over their game plan in the finals of the pole vault competition in the Tokyo Olympics.
—PHOTO BY FRANCIS T.J. OCHOA

“If this Federation is dropping a world class athlete instead of helping; drops his coach who have trained him to be one of the best pole vaulters; brands a sport patron persona non grata who have done nothing but helped bring this Filipino boy to where he is now, then I ask what is this federation doing?” wrote Petrov.

“I was never Philip Juico’s pole vault coach, I am the coach of Thiago Braz, Sergey Bubka, Yelena Isinbaeva and Ej Obiena. I am proudly the coach of these hard-working Athletes. Now that Ej is finally a top 5 pole vaulter in the world, his own Federation President, Philip Ella Juico kicks him out of the team for nothing. In my opinion athletes should only be thinking about their training and performance everything else is additional burden and distraction that they don’t need.”

It was under Petrov’s guidance that Obiena reached unprecedented heights in not only the local level but in the Asian landscape.

Obiena now holds the Asian and national record at 5.93 meters when he claimed the gold medal in the 2021 Golden Roof Challenge in Innsbruck, Austria.

The 26-year-old also represented the Philippines in the 2020 Tokyo Olympics where he advanced to the medal round.

“I coach Ej day in and out because of my passion and genuine care for this young Filipino boy. Truth be told, I call him ‘my boy’ all the time as I see my athletes as my own family like my own sons and daughters.”

On Monday, Obiena announced that he was withdrawing from the Philippine Sports Commission-led mediation with Patafa, citing “bad faith of Mr. (Philip) Juico and Patafa.”